Brazilian forward Lulinha has revealed that he was approached by a senior Manchester United 'director' and offered the chance to move to the Old Trafford club. 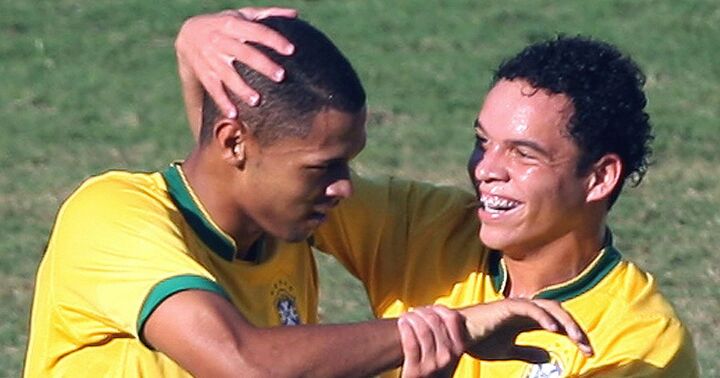 Lulinha, now, 29, has spent the majority of his career at Corinthians though recently played for Cypriot club Pafos and is now playing in the Japanese league with Jubilo Iwata.

He has opened up to UOL about his emergence in Brazil - where he was once considered one of the country's hottest young talents - and how a move to United nearly came about.

“I remember that I had a very good competition in the Nike Cup, there were always scouts from big clubs," he said.

"Moreover, the champion would travel to England and I remember that the director of Manchester [United] came to my house, because at the time I had neither an academy nor a professional contract, and he went there so we could make a transfer to Manchester.

"Then I'd stay on that situation, I'd stay there for a while and come back here, because I was a minor – I was 15. But then I would have to leave Corinthians, because they didn't do this exchange, and I would have to go to São Paulo."

Lulinha revealed how the transfer would have been arranged and likened the would-be agreement to the ones United struck with young full-backs Rafael and Fabio da Silva who joined Sir Alex Ferguson's side in 2008 - around the same time Lulinha's transfer talks took place. He revealed that he rejected the offer.

He added on the director's proposal: “He said: 'We put you at São Paulo and, every three months, you go to Manchester, train with them, come back here, compete in the competitions for São Paulo, until you turn 18 and stay permanently', just like it was with Fábio and Rafael, who were even in the youth national team with me when they were at Fluminense, and at the age of 18 they stayed permanently.

“Maybe this decision I would've taken differently, because at the time I remember very well that I said: 'Wow, I don't want to go to São Paulo', because I was at Corinthians and had this rivalry with São Paulo, from the academy, and I said: 'Wow, I have to go for São Paulo, with the boys I always play against, it won't happen', and then I made the decision not to go.

"And it was also a dream that I had. I've been working hard my whole life since I was seven years old at Corinthians and am I going out and not playing for the [senior team]? These are decisions that we make, and I ended up making that decision, together with my family, to stay.”

Lulinha, who was capped by Brazil's Under-17s but never for the senior side, ended up staying at Corinthians until 2012.