Having been a leading man at Chelsea for the best part of a decade, Gary Cahill spent most of last season as little more than a background character. 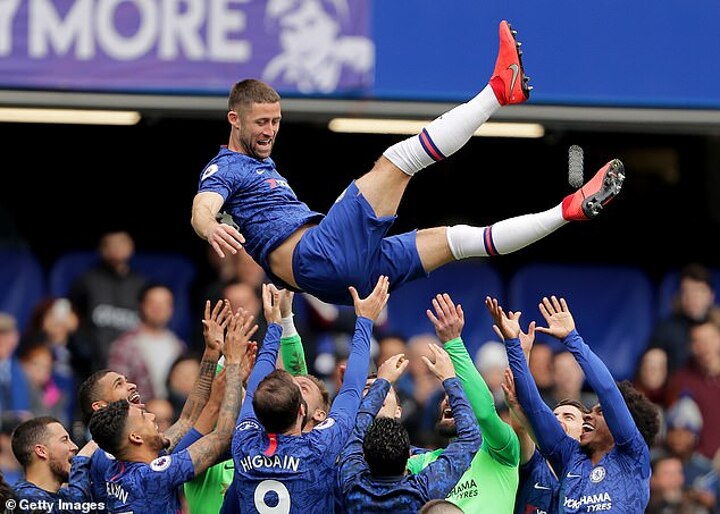 Maurizio Sarri called time on stint at Stamford Bridge early on and across eight appearances in all competitions there was never much to suggest he was going to change the Italian's mind.

On Saturday, though, Cahill returns to his old stomping ground with Crystal Palace having firmly proven that he still has the talent and physicality to cut it in the Premier League. 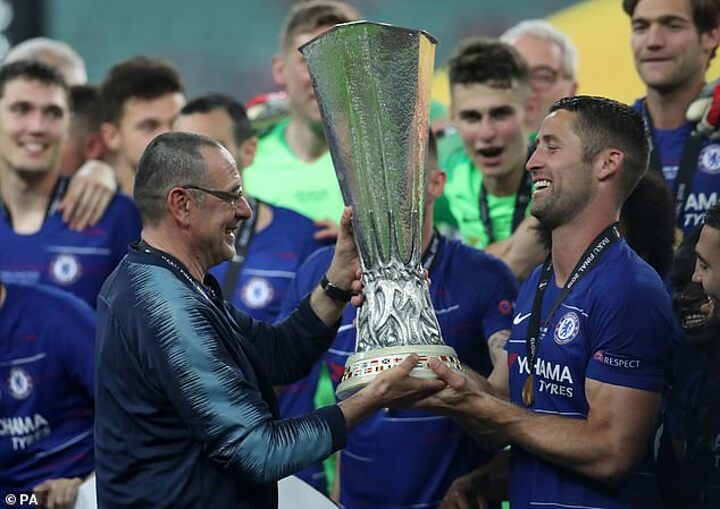 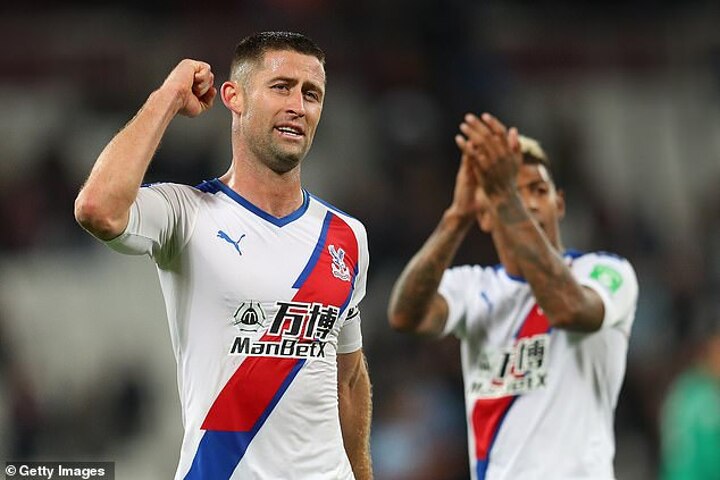 Cahill had won everything available to a Premier League player before Sarri came into Chelsea, including the Champions League in his first season and the title twice.

Under Antonio Conte, he formed an impressive part of a back three but when the now-Juventus manager decided to go with a four-man defence, he did not seem to fit in.

That meant rare opportunities to play for a club where he had established himself as a relative favourite over the years. Chelsea let him leave for free at the end of the campaign — there was little to suggest he would ever renew his contract — and Palace decided to snap him up. 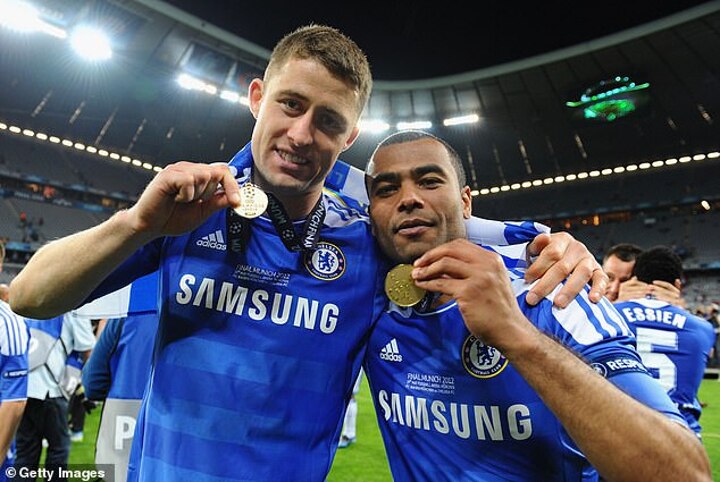 It could have been considered a risk to sign a 33-year-old defender who had essentially spent a year on the sidelines. Cahill, though, was always confident he would have the fitness to star in the top flight — and keep going well beyond this campaign.

'There's many years left in me yet,' he suggested last month. 'Over the last seven or eight years I think I averaged around 50 games a season.

'After not playing that much last season, I never want to have a season like that again.

'But, on the flip side, I trained hard and got the chance to recover my body before pre-season even though I ended up missing it. I was ready to play when the season started. 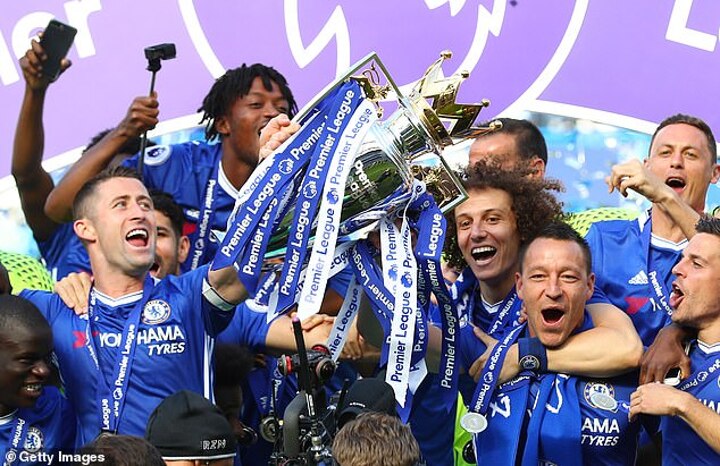 'Hopefully I can keep it going and help the team to play well. My body is where I expect it to be at my age.

'The 2016-17 season when I won the title with Chelsea under Antonio Conte, playing as part of a back three, I felt terrific and was able to cover a lot of mileage but I know where I need my body to be in order to perform and I'm achieving that at the moment.'

He must go down as one of the bargains of the summer given the influence he has already had on Palace's season.

Given they were forced into the sale of Aaron Wan-Bissaka in the window and have been without Mamadou Sakho and James Tomkins for large chunks of the opening months, most would have expected them to struggle defensively. 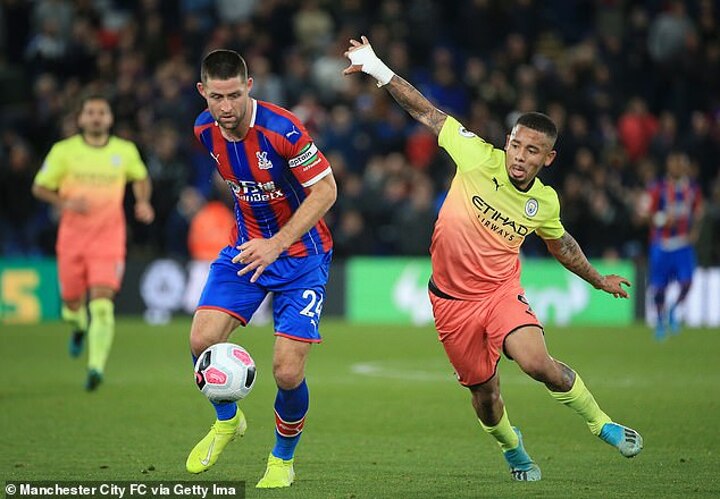 That has not been the case. Roy Hodgson has done a superb job of building Cahill into his defence. They have conceded just 14 goals all season and are ninth on the back of their stable back-line.

Hodgson admitted he was not surprised when asked about Cahill's success last month: 'He has been very good and I knew he would be very good.

'When we signed him, we knew that both Mamadou Sakho and James Tomkins, who were outstanding last year, were going to be a while before they could come back. This club has been incredibly blessed with the quality of play from centre-backs for a period of time now. 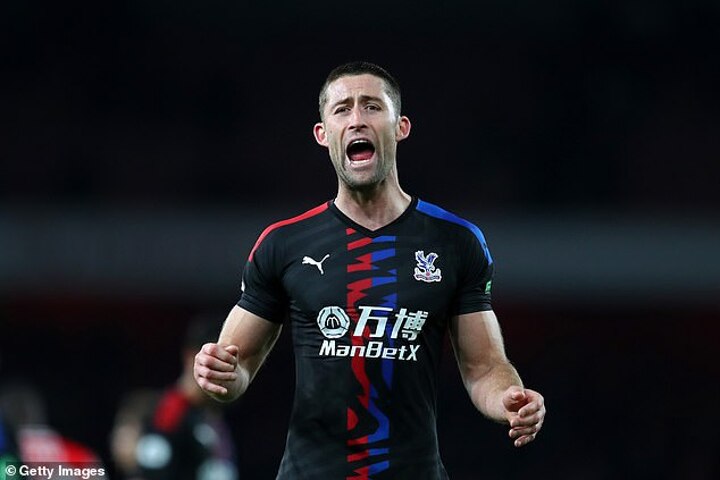 'After Sakho and Tomkins got injured, [Martin] Kelly and [Scott] Dann came in and had a fantastic end to the season. But when Gary Cahill became available I was lucky enough to persuade the club to sign him.

'It's very good to have people like Cahill around with his experience and his ability and his professionalism. Because guys who have got that attitude like to see other good professionals around them.'

Cahill has already justified Palace's faith and is working his way into the good books of the fans there. Few in Chelsea blue would begrudge him a performance after The Liquidator dies down at Saturday lunchtime. 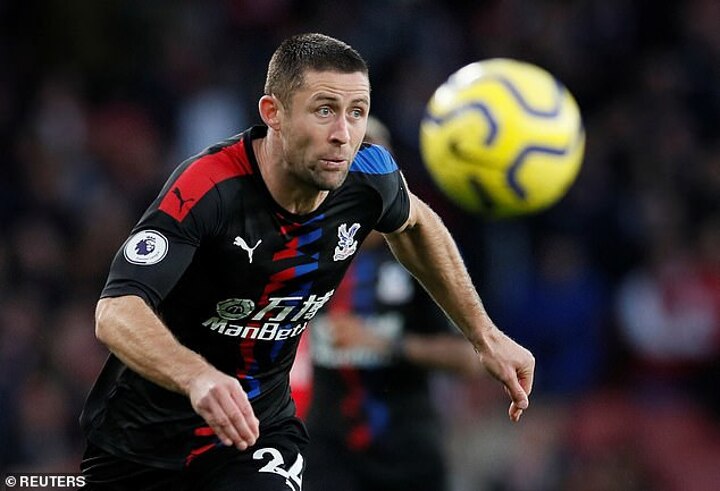