When Odsonne Edouard was just 19, his career hit a crisis point. 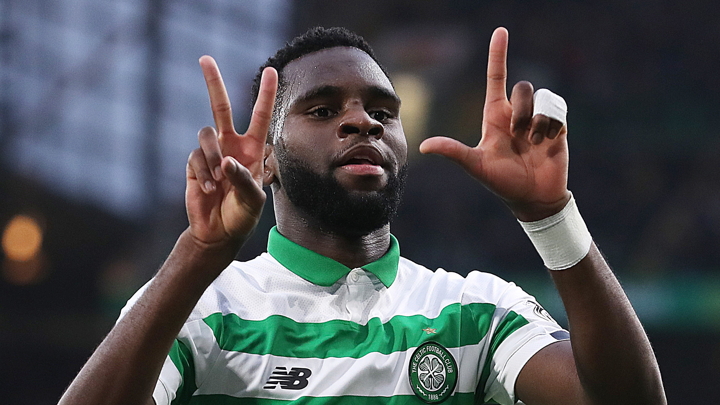 He was involved in a bizarre drive-by shooting with an airsoft gun. On loan from Paris Saint-Germain at the time, Toulouse swiftly washed their hands of him. The incident, for which he was handed a four-month suspended prison sentence and a hefty fine, was a catalyst in forcing the promising young forward out of France.

Now at Celtic in Scotland, his career is quite literally a thousand milesaway from those dark days three years ago. He is regarded as one of the quietest members of the squad, while the only shooting he now does is with a ball towards an opposing goal.

He has dragged himself away from the abyss and in the years and months ahead will want to join the steady but significant flow of Celtic players who have joined the Premier League. That will offer the confirmation that his career has been rescued from jeopardy.

Fraser Forster, Victor Wanyama and most notably Virgil van Dijk all moved south to distinguish themselves to varying degrees in England, while Kieran Tierney would surely be doing so now at Arsenal were it not for persistent injury.

In the summer, this group is set to be augmented by Edouard, a forward who has established himself as the best in the Scottish Premiership – and one Hoops fans believe is capable of becoming even better than Moussa Dembele, currently at Lyon but linked with the likes of Chelsea and Manchester United.

The 22-year-old joined Celtic on loan initially from PSG in the summer of 2017 and spent one year as Dembele’s understudy in Parkhead before becoming his replacement when a club record £9 million ($11.7m) was paid to secure his services on a full-time basis, funded largely by Dembele’s return to France.

“In Odsonne, we have signed one of the most exciting young strikers in Europe. Celtic will be a place where he can flourish,” erstwhile manager Brendan Rodgers proclaimed when the Frenchman first arrived in Scotland. His words have proven prescient. 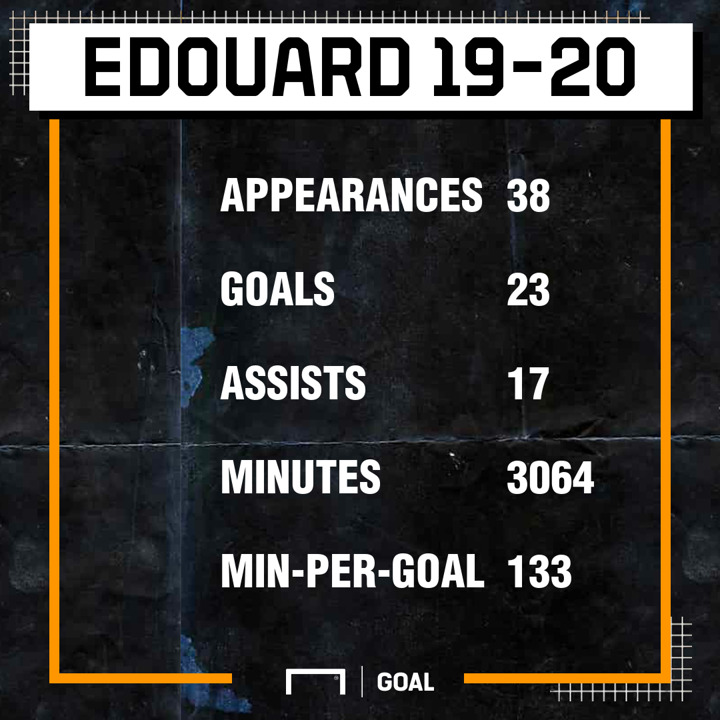 In terms of raw numbers, Edouard and Dembele match up closely. Edouard has scored 56 times in 119 games, laying on 29 more, while Dembele offers a slightly better ratio having notched 51 goals and 18 assists in 94 matches.

Nevertheless, this season Edouard has flourished, mustering a 20-goal campaign while finding the net on average once every 89 minutes in the Premiership. Dembele, who was troubled by hamstring problems over his two years in Scotland, never managed more than 17.

Those around Celtic have been naturally cautious over comparing the pair, but it seems probable that when Edouard does move on, he will eclipse the £20m ($26m) they scooped for his predecessor.

Edouard’s red-hot level – which has seen him score seven goals in six league fixtures since the winter break as Celtic have picked up maximum points to open a 10-point gap on Rangers at the top of the standings – has earned the highest praise.

Speaking after a 2-0 victory over Motherwell, in which Edouard scored both goals, manager Neil Lennon said: “He's just magnificent. He was magnificent all night but second half some of his link-up play, his passing, and his finishing was just world class. He's just an unbelievable player.

“He’s the closest thing to Henrik Larsson I've seen,” Sutton said, comparing Edouard to his former team-mate and the finest Celtic striker of the modern era. Given the reverence in which Larsson is held in Glasgow’s East End, acclaim cannot come any higher.

On the face of things, the two are very different forwards, with Edouard considerably taller and more muscular than Larsson, whose scoring record nevertheless remains untouchable. Instead, it is for the qualities, both technical and mental, that they bring to the game for which they have been compared.

“He has got that aura about him,” Lennon said, explaining the Edouard X-factor.

“He can play up on his own or can drop into the spaces and pockets. He’s got good feet, his link up play is getting a lot better which is really important for him. His goal tally already is fantastic.”

And the manager believes that international recognition is not out of the question, despite competition from the likes of Kylian Mbappe, Antoine Griezmann and Olivier Giroud to feature for Didier Deschamps’ world champions.

“I’m sure they are monitoring him very closely,” he said.

With 11 goals in just six appearances for Sylvain Ripoll’s Under-21 side, France are well aware of his qualities in front of goal.

“He’s a formidable scorer,” the coach said after Edouard scored a hat-trick against Slovakia to take his tally to nine goals in four matches.

For now, Edouard seems like an unstoppable force who could end up playing for any of Europe’s biggest clubs. Those plastic pellets shot by Airsoft guns belong to a dark past. His future is now far brighter.