Chelsea are not planning to extend Gonzalo Higuain's loan and will send him back to Juventus after the Europa League final, according to Mail. 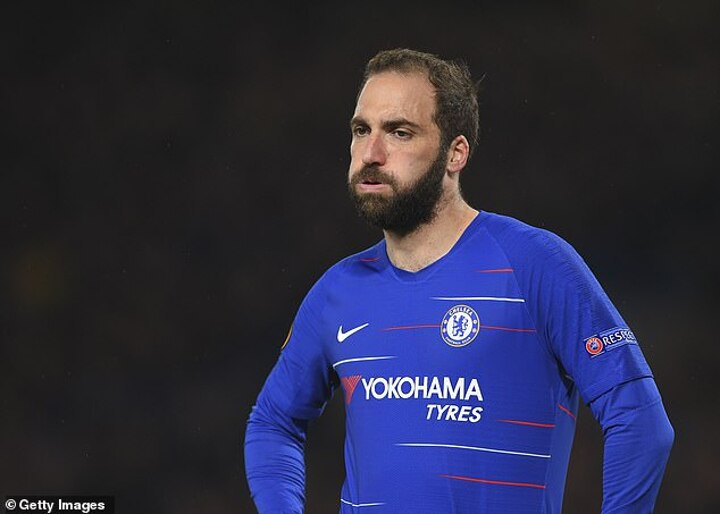 Higuain has scored only five goals in 21 appearances since arriving in January on a six-month deal.

There is an option to extend the loan for another season for £15.7million or buy him outright for £31.6m.

Juventus do not want Higuain back because he has two years to run on a lucrative contract, but his goal return has been poor in the Premier League and his form disappointing.

At 31, he is not expected to improve dramatically and Chelsea do not expect to take up either option despite the prospect of a FIFA transfer ban. Maurizio Sarri, having worked successfully with Higuain at Napoli, identified him as a centre forward who could make his new team click.

Chelsea devoted great time and effort to disentangle him from his existing loan deal at AC Milan in January. But Higuain has not impressed - missing chances and struggling to perform at the tempo required in English football.