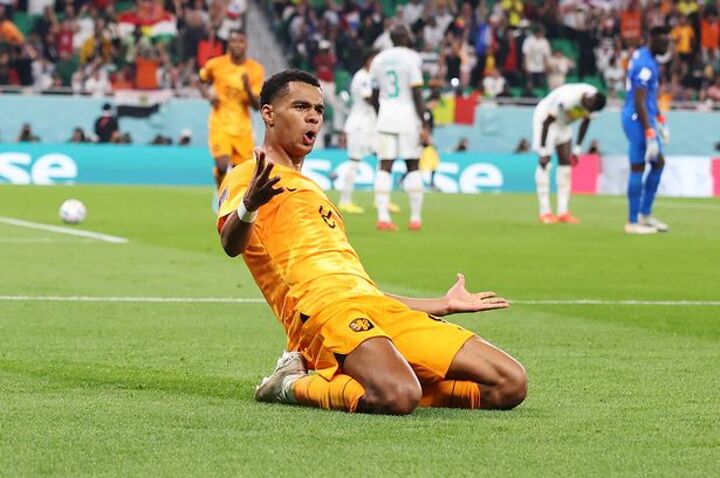 The PSV forward netted his country’s opening goal in their 2-0 win over Senegal at the World Cup on Monday. He was in red hot form for his club prior to the tournament, netting 13 times and providing 17 assists in 24 outings this season.

Gakpo had held talks with United over the summer about a potential move before Erik ten Hag opted to spend £85m on Antony, who has also travelled to Qatar with Brazil. But links with the Reds have still persisted with Gakpo admitting it was a “shame” that a move didn’t materialise.

United were targeting the summer for when they would enact their next summer drive after spending £225m on four signings in the off-season. However, the Daily Mail claims that Ronaldo’s abrupt exit has prompted the board to reconsider this stance.

It says United may be willing to go for that much-needed long-term forward in January and Gakpo - who can play as the central striker - remains a consideration. The squad looks short on attacking options with Anthony Martial injury-prone and Marcus Rashford failing to produce his best football while leading the line.

The report also claims United are open to signing a short-term makeshift recruit ahead of a bigger drive for a long-term option in the summer when more money will be available to spend.

Meanwhile, The Telegraph also reports that Ronaldo is set to receive yet another huge offer from a club in Saudi Arabia. In his explosive interview with Piers Morgan last week, the 37-year-old confirmed he had received a €350million bid from Saudi outfit Al-Hilal over the summer but had turned down the offer.

Speaking about rejecting the opportunity, he explained: “It’s hard, it’s hard. But in the same way, I thought that I was very happy here [at United]; that I’m still capable of scoring goals.”

Following his comments, another bid from the Saudi Pro League is expected to be lodged ahead of January, the article claims.