The French centre-back has made an impressive start to life in the Premier League, earning praise from a notoriously hard to please manager 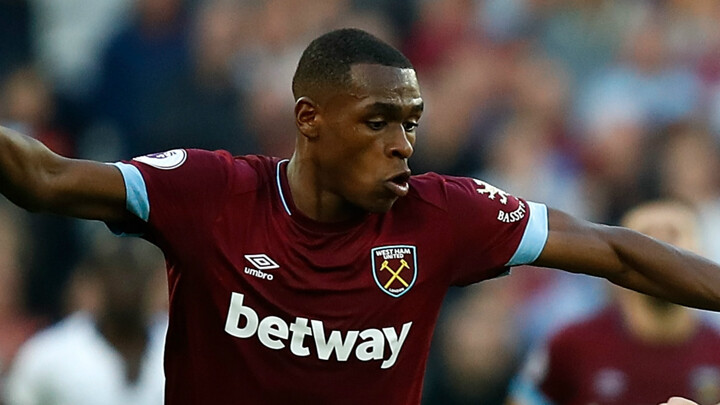 West Ham defender Issa Diop insists he’s fully concentrated on performing for Manuel Pellegrini’s side, despite rumours linking him with both Manchester United and PSG.

Diop, 21, arrived in the Premier League in the summer after West Ham splashed out a reported £22 million (€29m) to sign him from Ligue 1 side Toulouse.

The Frenchman has started nine of West Ham’s 11 Premier League matches so far this season and was singled out by Jose Mourinho for his performance against Manchester United at the end of September.

“Congratulations to the scout that found a 21-year-old kid, Diop - a monster who dominated in the duels,” the United boss said of the centre-back.

When asked what Mourinho’s glowing praise meant to him, Diop claimed that he is far from the finished article and wants his good performances to turn into good results for the Hammers.

“I don’t know what it means. It’s for my coach to say [whether he is impressing in the Premier League],” Diop told Goal.

“I don’t think my adaptation [to the Premier League] is perfect because we don’t have the number of points we’d hoped for. I continue to learn but to be honest I prepare to play the matches the same way as I did in France.”

Diop’s form has already led to speculation that some of Europe’s top club’s may look to steal him from West Ham in the near future, but the former Toulouse man insists he’s fully focused on producing the goods for Manuel Pellegrini’s side as it stands.

“I simply want to show all my qualities for West Ham and to perform as well as I can when I play. Everything else that happens is out of my control,” Diop added.

West Ham are believed to have fought off competition from a number of clubs across Europe to secure Diop’s services.

Interest from the Premier League can often lead to players insisting on a move to England and nowhere else, but despite excelling during the early stages of his West Ham career, Diop claims that was never the case for him.

“West Ham was just the club that wanted me the most, the French clubs did not want me that much,” claimed the 21-year-old.

“I did not say "it's the Premier League and nowhere else". I just wanted to go to a club that really wanted me and so from that point of view the choice was not difficult.”

West Ham will be hoping to build on last weekend’s victory over Burnley when they travel to Huddersfield Town this Saturday.