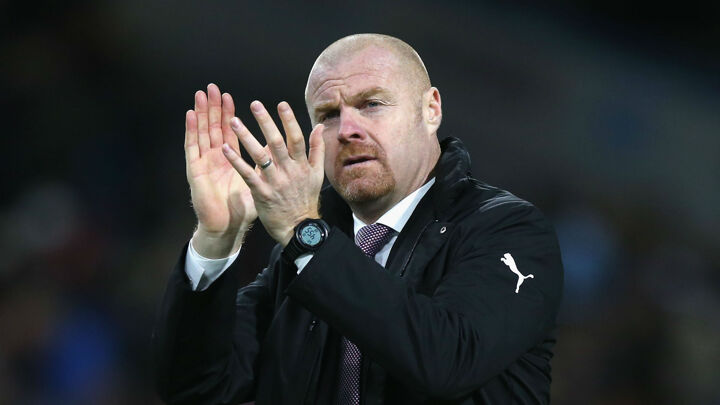 Former Downing Street press secretary Alastair Campbell believes the achievements of Sean Dyche at Burnley could not be replicated by the likes of Pep Guardiola or Jurgen Klopp.

Campbell was press secretary for former prime minister Tony Blair and is also a Burnley supporter who is appreciative of what the manager has done in his time at the club.

Since taking over in 2012, Dyche has led Burnley to two promotions to the Premier League, bouncing straight back up after being relegated in 2014-15.

Dyche led Burnley to seventh place last season, the club's best top-flight finish since 1973-74, and a place in the Europa League qualification stages.

Burnley haven't quite hit those same heights this season, but Monday night's 2-2 draw at Chelsea all but secured their Premier League place for another season.

Speaking after that game, Campbell told Sky Sports: "I think what he's done virtually every single season he's been with us is get the absolute maximum out of everything he's got.

"Don't underestimate just what an amazing success story Burnley Football Club has been in the last few years.

“I’m not convinced [Pep] Guardiola, or [Arsene] Wenger, or [Jose] Mourinho, or [Jurgen] Klopp or any of them would have done as well at Burnley as Sean Dyche has done.”

When asked whether he thinks Dyche is a better manager than them, he responded: “I think he has done better for Burnley than they would have done.

“I reckon Sean Dyche can win the Premier League or the Champions League with City or Liverpool. I don’t reckon Klopp or Guardiola could do at Burnley what he's done."

Dyche will get a chance to test himself against Guardiola this weekend, with Burnley taking on Manchester City at Turf Moor on Sunday.