What role will Henderson, Maguire play? 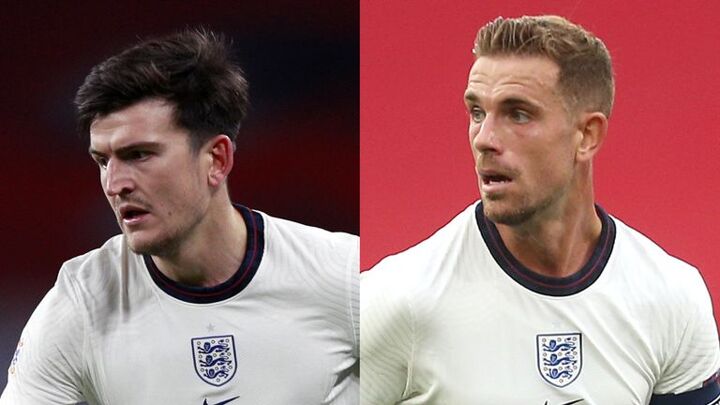 Gareth Southgate will have breathed a sigh of relief when the full-time whistle in Sunday's 1-0 win over Romania meant his England side had come through their final warm-up game unscathed.

A full bill of health was the ultimate priority after losing Trent Alexander-Arnold last time out - but the fitness of Jordan Henderson and Harry Maguire looks set to remain a major talking point at this tournament.

Henderson made his long-awaited return to action as a half-time substitute and, while there were some signs of rustiness on the ball, he played the pass which led to the second penalty and appeared to come through the run-out in good shape - although his over-eagerness to make his mark by taking the penalty off Dominic Calvert-Lewin was a bad call.

The Croatia game is almost certain to come too soon for the Liverpool midfielder but it appears he could play a role later in the tournament.

Southgate hopes the same will be true of Maguire, who returned to training with the squad this week only a month after suffering ankle ligament damage in action for Manchester United.

Southgate will be wary of rushing him back, but England's warm-up games showed how they miss his leadership at the back. Tyrone Mings, the senior man in the backline at the Riverside Stadium on Sunday, looked shaky.

Ben White's call-up as the 26th man ahead of James Ward-Prowse shows it is centre-back rather than central midfield where Southgate has concerns about cover - but Maguire's unexpected return to training is an undoubted boost.

What's the formation plan for Croatia?

There is a distinct lack of clarity on how Southgate will approach Sunday's opening fixture against Croatia.

England have played a four-man defence in each of their five internationals in 2021. They didn't use a back three at any stage during their two warm-up games. But there is still a feeling Southgate could revert to three centre-backs against Croatia or other strong opponents they meet at the Euros.

Maguire's injury complicates that plan, with Southgate maintaining it will be tight for the Manchester United captain to be fit for the early group games, although Manchester City's John Stones will be available and could come in alongside two of Kyle Walker, Ben White, Tyrone Mings, Conor Coady or even Luke Shaw, who Southgate is reportedly considering using in central defence.

There are then the knock-on impacts further up the pitch. Full-backs or wing-backs? Two or three central midfielders? 3-4-3? 3-5-2? 4-2-3-1? 4-3-3? As England's Euros opener fast approaches, there remains real mystery around how they will line up.

How does Southgate get Grealish into the side? 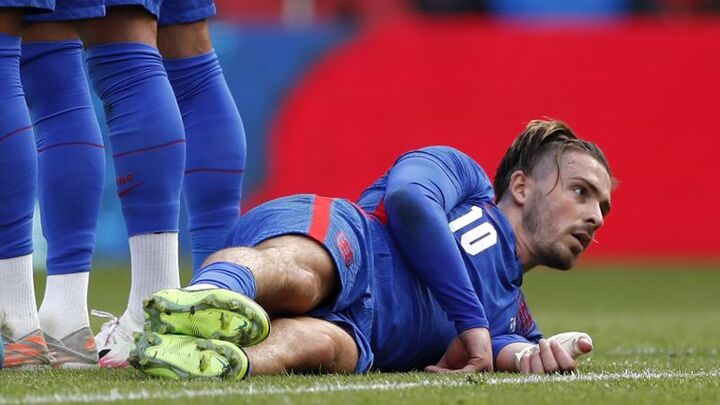 The chief beneficiary of the European finalists arriving late to this England camp was Jack Grealish. The Aston Villa captain was given lots of game time to build up his fitness after his shin injury and, at the same time, strengthen his case for a starting spot at the Euros.

Involved in both England goals against Austria and Romania, Grealish was the team's standout performer across their two warm-up games, lighting up the sometimes sluggish matches with his dribbling and creativity.

He's taken plenty of kicks in the process - including a boot to the head against Romania - but the frequency with which he wins free-kicks in dangerous areas is another asset to an England side strong from set-pieces.

The question on many observer's lips is not whether Southgate gets Grealish into his starting XI but how. He began both warm-up games as a No 10 in a 4-2-3-1 but had an instant impact on the front left of a 4-3-3 midway through the Romania match, winning the penalty with a dart into the box.

Competition is stiff for those roles, though, with Mason Mount, Phil Foden, Raheem Sterling, Marcus Rashford, Jadon Sancho and Bukayo Saka all vying for supporting roles to Harry Kane.

Interestingly, Southgate said last Sunday he does not see Foden, Mount and Grealish playing in the same team. It's a statement that will not go down well with supporters who want to see England go all out at the Euros but illustrates the balance Southgate is striving for between defence and attack at the tournament.

So where does the free-flowing Grealish fit into that?

Will everyone be up to speed?

Shortly after England's mixed line-up of first-choice starters, hopeful fringe players, and players who are not even in the tournament squad had edged past Romania, Belgium and Croatia met in a warm-up game with virtually their strongest XIs going head to head.

There is no question which scenario is better for fine-tuning a team for a major tournament.

However, Southgate's hands were tied by Chelsea and Manchester City reaching the Champions League final, meaning the six players involved in that showpiece missed out on the warm-up games entirely, after being given time to recover. 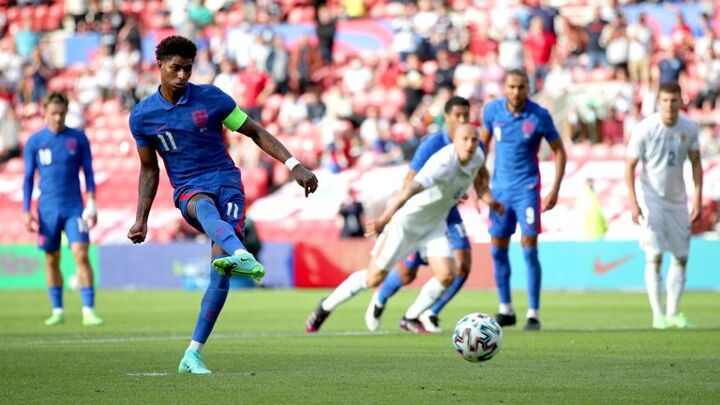 The rapid turnaround from the end of the club season to the start of this summer's major tournament has punished England for having two sides reach the Champions League final.

On one hand, it is a situation that illustrates the strength of the Premier League right now, and the English players who compete in it week-in, week-out.

But it leaves Southgate hoping his key players from those sides can pick up where they left off for their clubs and slot seamlessly back into his international set-up, without any match practice. It's less than ideal and adds uncertainty to what performance England will produce on Sunday.

Podcast: Foden and Grealish on the bench?! The big England XI debate

Jasper Taylor is joined by Rob Dorsett, Nick Wright and Gerard Brand for a definitive debate on the biggest England talking point ahead of their Euro 2020 opener against Croatia on Sunday: who will start at Wembley?

In part one, Rob brings us all the latest insight from St George's Park, while the panel run through the formation and defence

In part two (22:31), it's all about the midfield and forward line. Is there a chance Rashford and Sterling start over Foden and Grealish? And should England look to play two defensive midfielders in the knockout stages?

And in part three (42:27), the SkySports.com readers' XI is revealed, and both Nick and Gerard pick their surprise impact player from England's squad.