Erik Alonso has lifted the lid on his failed takeover of Derby County – blaming anyone but himself for the deal falling apart. 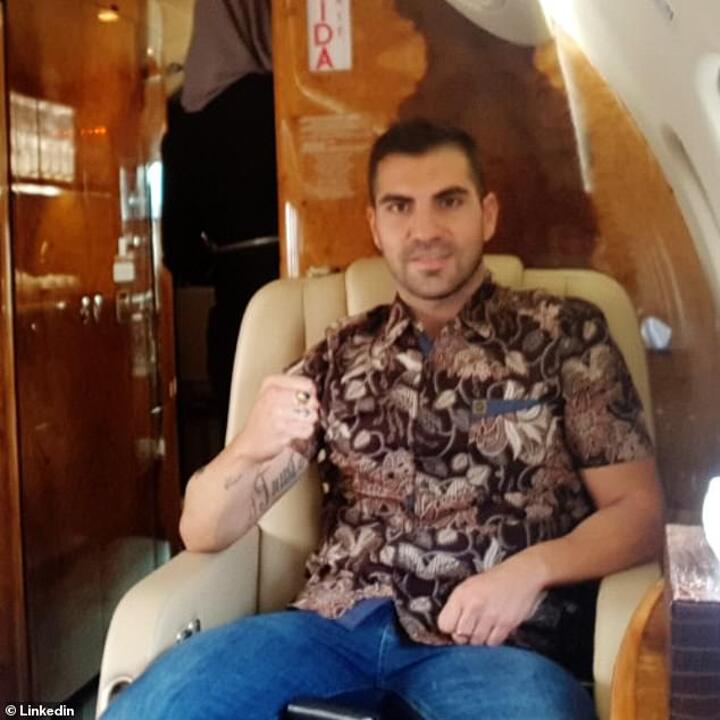 And he has even implied he is still involved in a potential Derby deal.

The Spanish businessman and boxing promoter announced in early April that he and No Limits Sports had struck a deal to buy the Championship club.

But within six weeks, whatever agreements Alonso thought he had secured had collapsed.

And now sunning himself on a beach in Ibiza, rather than calling the shots at Pride Park, the Spaniard has given a self-indulgent interview to The Athletic reflecting on what went wrong.

In Alonso's eyes, the EFL's intransigence over proof of funds was the main factor, but the 'hacking' of his social media account that led Derby fans to accuse the club's would-be owner of passing off a £42m TikTok house as his own, didn't help.

Sportsmail reported in mid-May that the Rams' chairman, Mel Morris, had finally accepted defeat in his bid to sell the club to Alonso, with EFL sources saying the deal was 'dead in the water'.

Morris, who Alonso describes as 'not an easy person to negotiate with', had held on for over a month in the hope of the Spaniard producing the funds to complete a takeover. At the time, sources claimed the EFL had asked Alonso to deposit £35million in a holding account and heard nothing.

Not so, Alonso has now told The Athletic from his sun lounger in the Balearic islands.

'It predominantly broke down because the EFL kept putting up more barriers,' said Alonso, in a wide-ranging interview.

'I think, in my opinion, and maybe I am wrong, that they see a 29-year-old kid would own one of the founders of the Football League and they did not want it,' said the ex-boxer. 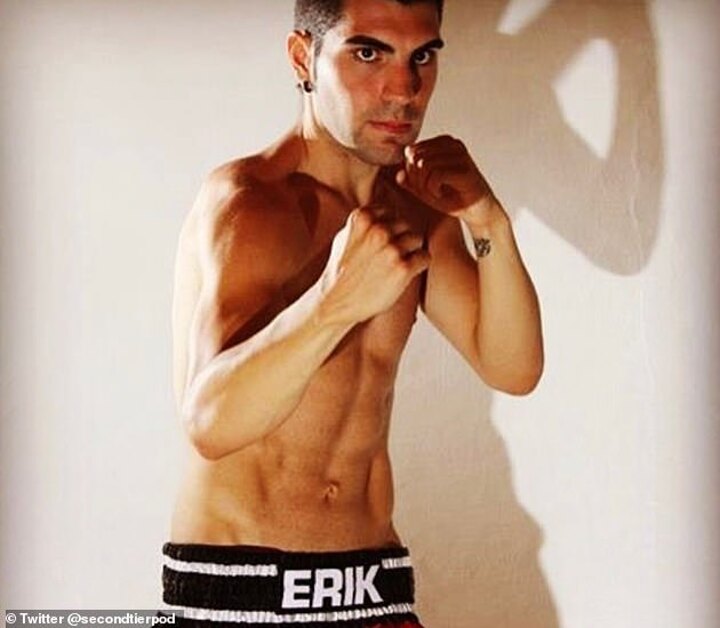 'There were three conversations with the EFL,' he added. 'The first one was for proof of funds and to justify the movement between the banks. It had to be €75 million over a three-month period.

'Initially, the EFL said it was OK, but they wanted to know the source of the funds. I said no problem, I provided all the information about the businesses and sent it to the organisation.

'Then they (EFL) came back and told me it was not sufficient. They asked me to provide all information for all business dealings I may have in Indonesia and Spain, including tax returns and bills. I then provided all that information. I spoke to my lawyers and they told me what we had provided was already sufficient.'

During the intense weeks of the doomed takeover negotiations there was speculation in the media about Alonso's source of funds. 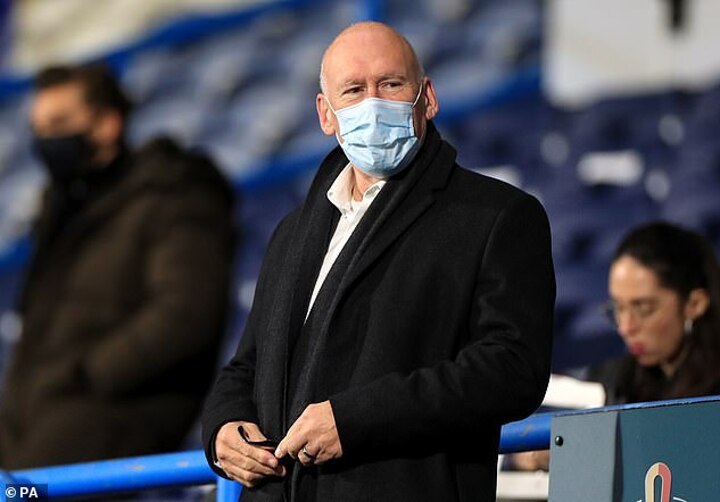 Alonso said his business interests in football, pharmacy, family-owned wineries in the Spanish region of Rioja, hotels and a coal mining business were sufficient to support the buyout, but he admits others were involved.

According to The Athletic, it has seen three months of bank statements, as well as evidence of a deposit of £35 million.

But it appears the EFL wanted evidence of the source of funds to be sure the club would be run sustainably in the future.

And as the saga came to a head, a bizarre incident involving Alonso's Twitter account simply added to the drama. 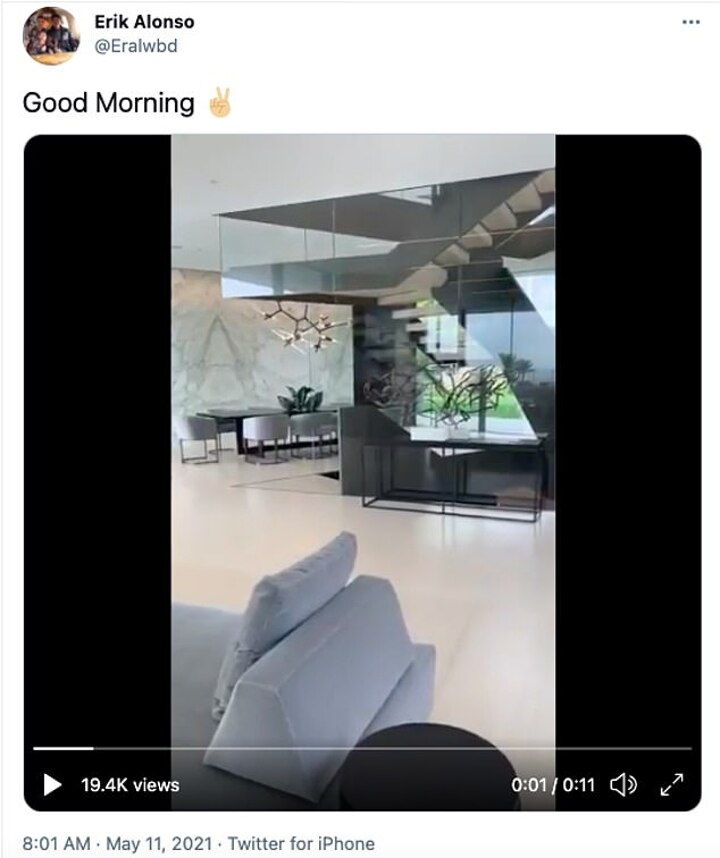 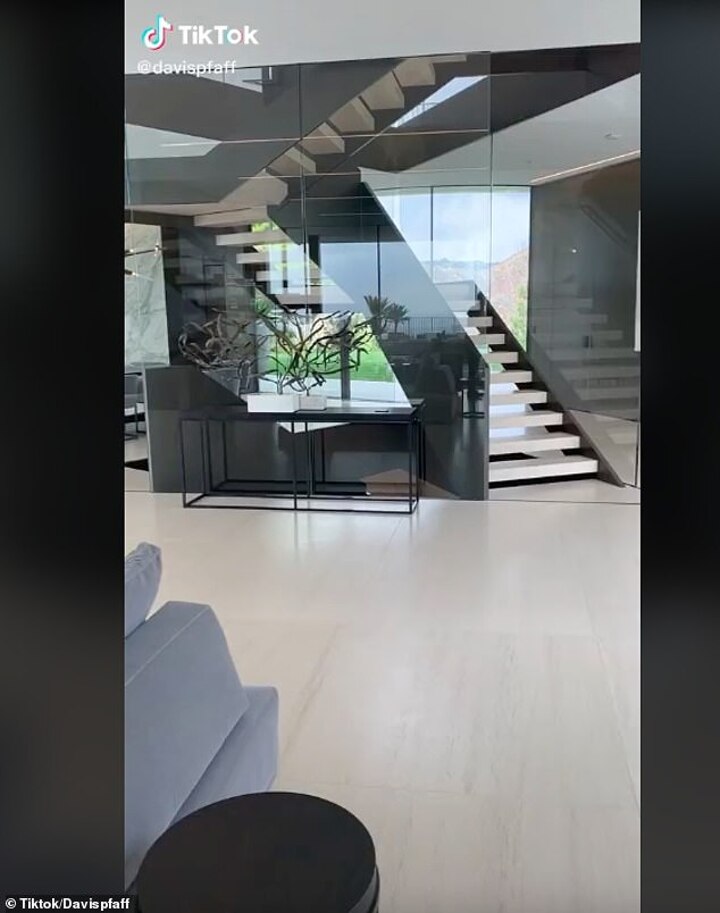 Some fans interpreted that Alonso was filming from inside the property, but quickly Derby fans claimed the exact same video clip, with identical music, had been posted by Los Angeles-based luxury real estate agent Davis Pfaff back on April 11 last year.

Mr Pfaff confirmed to Sportsmail that the property is located in Bel Air, California and that he filmed the video while hosting an event at the home last year. 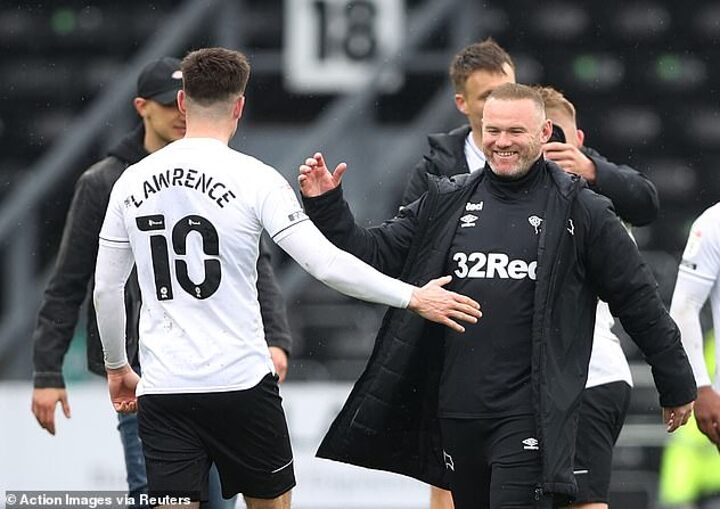 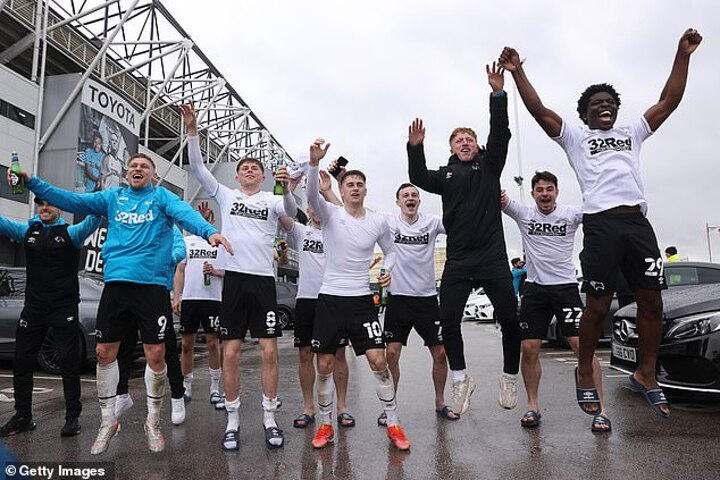 He said nobody has purchased the nine bedroom, 15 bathroom property since then and it is currently on the market for $42m [£29.65m].

And Alonso has now told The Athletic he was the victim of a hack.

Finally, on May 20, Derby confirmed that the proposed takeover of the club by the Spanish boxing promoter had failed.

Stephen Pearce, the club's chief executive officer wrote to supporters on behalf of the directors, to confirm Derby are looking elsewhere for a buyer. 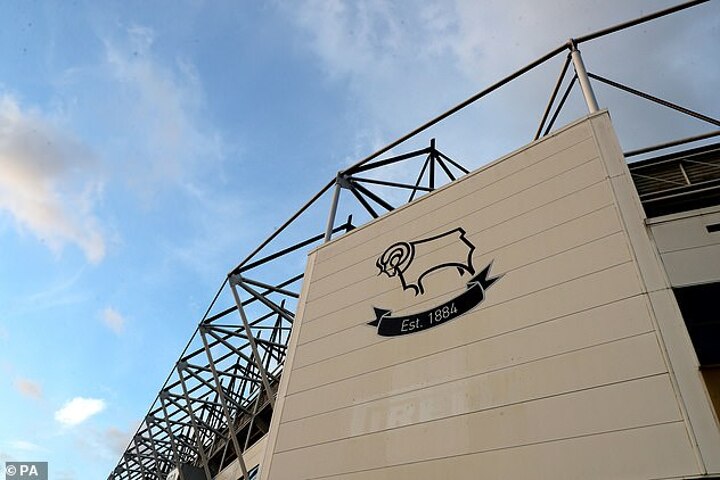 'Mel Morris is in touch with a number of credible parties in respect to purchasing both the football club and Pride Park Stadium,' wrote Pearce.

'Due to confidentiality reasons, we cannot expand on this information at this time in terms of the identities and complexities of the discussions, but should we be in a position to share more details then we will do so.'

Meanwhile Morris and Rams' fans are on a roller-coaster ride with more downs than ups.

The club, managed by England and Manchester United legend Wayne Rooney, retained its Championship status on the final day of the season in a nail-biting 3-3 draw with Sheffield Wednesday. 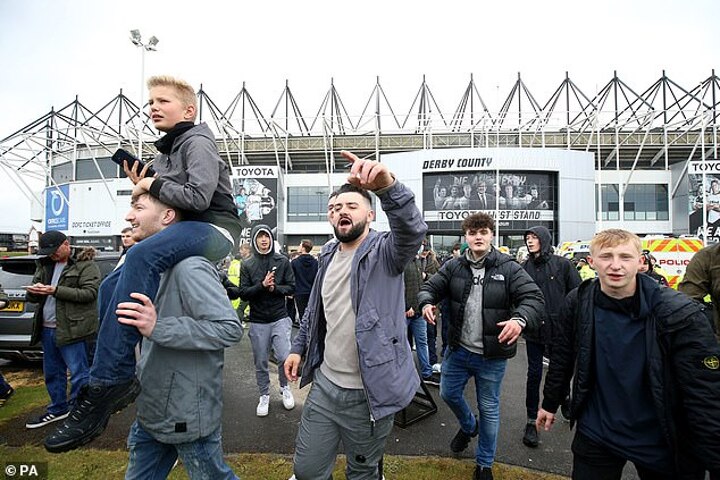 However, as well as the failed takeover, Derby were also found in breach of EFL financial fair play rules concerning accountancy practices. Derby are likely to be hit with a points deduction next season.

Morris remains desperate to sell the club and there has been mention of an American consortium being in talks. Alonso implies he is involved in a Derby deal, saying that 'the American group is continuing to try and work on the deal and I am by their side'.

Meanwhile, with money tight at Pride Park, fans are looking nervously ahead to next season.