After Scott McTominay decided to drag Armando Broja to the turf with just a handful of minutes left in Manchester United's trip to Stamford Bridge to face Chelsea on Saturday evening, most United fans were acceptant of the fact they were most probably going to leave London empty handed. 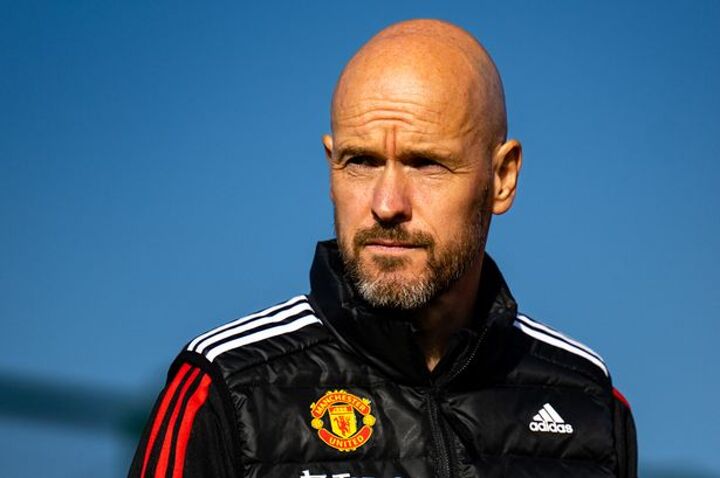 But after fourth official Michael Salisbury had put up his board up confirming that there would be six minutes of added time to be played, United, galvanised by an animated and passionate Erik ten Hag on the touchline, found the courage and strength to dig out one last chance. To the surprise of almost everyone, Casemiro was the hero, rising highest inside the penalty area to head home Luke Shaw's excellent delivery and spark wild scenes in the away end behind the goal.

It was nothing more than what United had deserved for their performance. They had been the better side for much of the game, particularly in the first half, and it would have been a travesty had they left Stamford Bridge without anything to show for their efforts.

Inspired by the new degree of belief that has been injected into them by Ten Hag, United refused to throw the towel in, battling right until the very end in pursuit of getting at least a point. The United manager, unlike on his last visit to the capital for the 4-0 defeat to Brentford, nailed his tactical approach, outdoing Graham Potter, forcing him into a substitution before half time.

Ten Hag, although it seemed harsh ahead of kick-off, made the decision to take Fred out of the team, just days after an outstanding performance in the 2-0 win over Tottenham Hotspur, and bring Christian Eriksen back into the fold. Eriksen was brought into the team with the idea of United controlling possession, but in such a way that would not see them attack Chelsea at 100 miles per hour and risk losing the ball.

Fred's game is all about carrying a burst of energy from midfield and trying to get in between the lines. Eriksen, on the flip side, is not as mobile as the Brazilian, instead being measured in possession, picking the right moments when to produce a pass and unlock the opposition defence.

With both the Dane and Bruno Fernandes starting, United had enough attacking quality in midfield to try and set the likes of Marcus Rashford, Jadon Sancho and Antony free and in behind the Chelsea rearguard. United are at their best when playing on the counter-attack and, as they demonstrated in the first half at Stamford Bridge, there were a few occasions where they timed their midfield passes right and got their forward players, who are each blessed with pace, in behind and trying to beat Kepa Arrizabalaga in the Chelsea goal.

However, it wasn't necessarily Eriksen and Fernandes that were pulling the strings and picking at the Chelsea lock every time. Casemiro, who would have been paraded around the away end if United's fans had got their wish at the end of the game, such was the magnitude of his goal, showed that he also has the credentials to make things happen, even if it is from a slightly deeper position.

The five-time Champions League winner, just as he was in the victory over Tottenham three days earlier and in the 2-1 win at Everton, was pulling the strings and trying to pick out forward runners. He always looked for a forward pass, opposed to going backwards or sideways. He wanted to get United on the front foot and his passing range certainly allowed the Reds to do just that.

There never seems to be a time where he wants to go sideways or backwards, instead focusing on trying to get United closer to the opposition's goal. While that is the ultimate aim of any player, Casemiro did not arrive at Old Trafford with the expectancy of being a ball-playing midfielder; he was expected to be the elite-level destroyer that they had been desperate for.

He was a player that United had needed for a very long time, such was their lack of bite and aggression in the engine room. His career had been built on breaking up play and being an all-round nuisance in the centre of the park. Yet he has shown a very different side to his game that many United fans have openly admitted to being surprised about. He was not expected to be a such a masterful passer of the ball.

But such is the quality of his passing range and ability to play such well-timed, defence splitting balls, United have stumbled across an extra supplier to the forwards that they probably didn't expect. It is a trait that cannot be underestimated, especially for a player who was signed to player closer to the defenders than the attackers.