French president Emmanuel Macron has waxed lyrical about his countryman N'Golo Kante ahead of Euro 2020 - backing him to win the Ballon D'or prize and  calling him 'an example' for the nation. 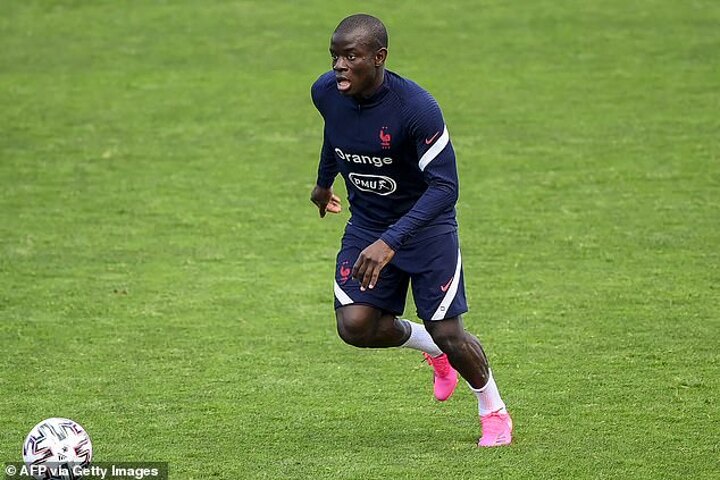 Didier Deschamp's men are preparing for their tournament opener against Germany on Tuesday and this week they were visited by Macron, who delivered some words of wisdom to the players and coaches as they bid to win a second trophy in a row.

The 2018 World Cup winners are seen as the leading contenders to win the Euros this summer, boasting some of the top players in the world - and Macron believes Kante deserves be recognised as the best of the best after a superb season ended with him lifting the Champions League. 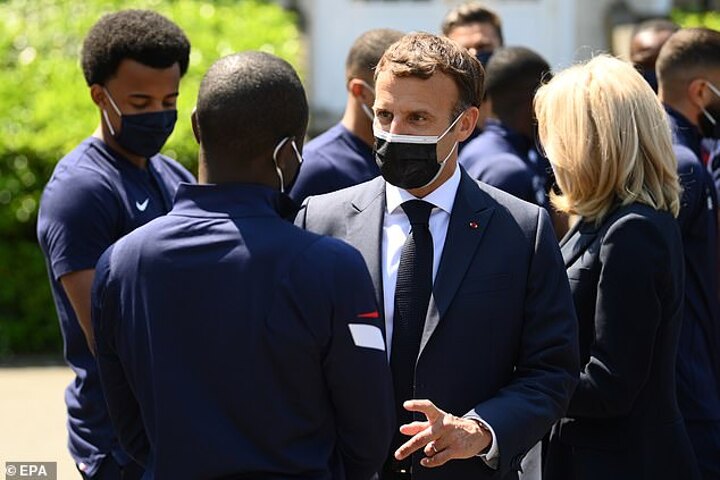 'N'Golo Kante is a great player, like Kylian Mbappe and he is an example,' he told RMC Sport, via ESPN. He is an example for the youth of the country.

'When we see again the season Kante has had with his club, and I hope the Ballon d'Or too and I'm sure what he will do in this Euros.

'Him and Kylian are good people too, with values of effort and togetherness. They are loyal to the clubs where they come from. And I think it is very important for the country because sport is always bigger than just sport.' 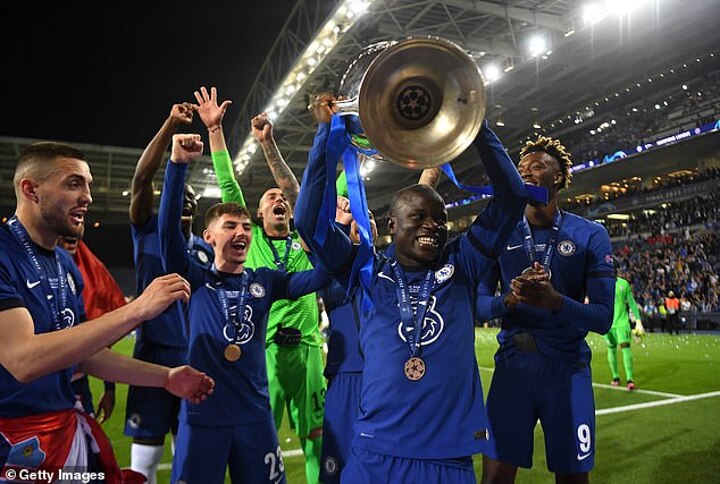 Macron, who also joked with Kante by asking him if he 'still had three lungs', was accompanied by his wife Brigitte for his visit of the squad in Clairefontaine as he urged the squad to 'go to the end' and go one further than Euro 2016 - when they lost in the final to Portugal.

'You have nothing to prove, you are very great players,' he said. 'But do not give up… and until the last minute.'

While the president's visit will have been a morale boost for the squad, there have been tensions in the group after a spat between Mbappe and Olivier Giroud. 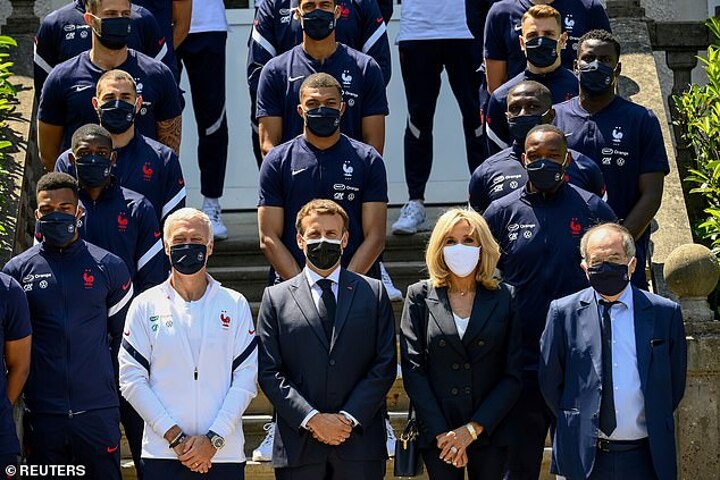 The Chelsea striker had criticised Mbappe's performance in their 3-0 win over Bulgaria, airing his frustrations over a lack of passes received from his team-mates.

'Sometimes you make the runs and ball is not arriving,' he told the media. 'Perhaps we could have found each other better, there it is.'

Giroud - who came off the bench to score twice late on - is said to have apologised to Mbappe in training on Thursday and admitted his words 'ran away with him'. RMC claims he forced a huge on the PSG, who remained 'moody'.

Manager Deschamps, who is believed to have called a meeting to tell the group to move on amid fears the rift could affect them ahead of the tournament, sought to cool things between the pair after the Bulgaria game.

'If you received the ball after each time you called for it, it is always the same,' he said. 'The attacker says: "I am making runs, but it's on the midfield." The midfielders will say that it is on the attackers.

'Sometimes, the pass isn't forthcoming, sometimes it is down to the movement. But this is not a stigmatisation of Kylian or whoever.