Frank Lampard has revealed some reassuring words he received from Pep Guardiola  during his time as Chelsea manager, as well as from Jose Mourinho after he was sacked in January. 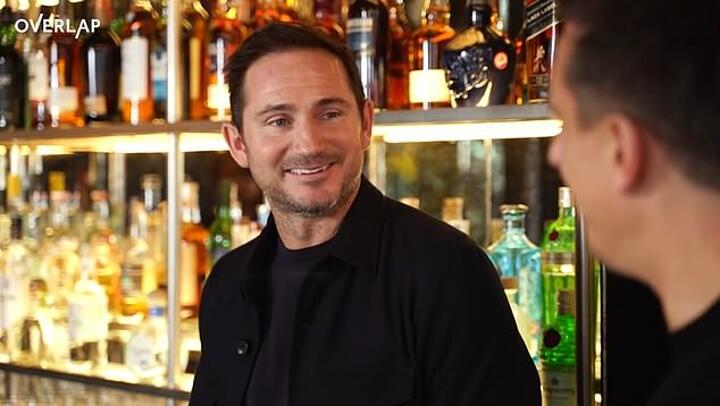 The Chelsea legend was at the helm at Stamford Bridge for 18 months before he was replaced by Thomas Tuchel.

In his first season in the dugout, Lampard would go on to guide Chelsea to a fourth place finish, despite having a transfer ban in his first summer with the club. 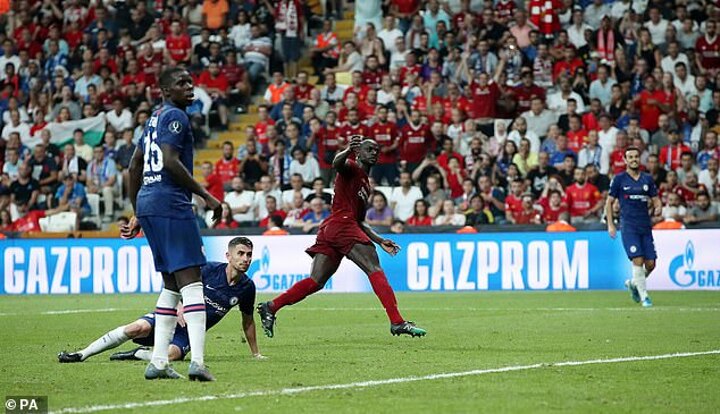 However, things didn't go to plan in his opening games back at the Blues, with defeats to both Manchester United and Liverpool.

Speaking on Gary Neville's Overlap Podcast as part of the Sky Sports pundit's 29 questions segment, Lampard was asked which manager, past or present, he would have loved to play for.

Lampard was quick to respond 'Pep,' before revealing what Guardiola said to him following Chelsea's Super Cup defeat to Liverpool in 2019. 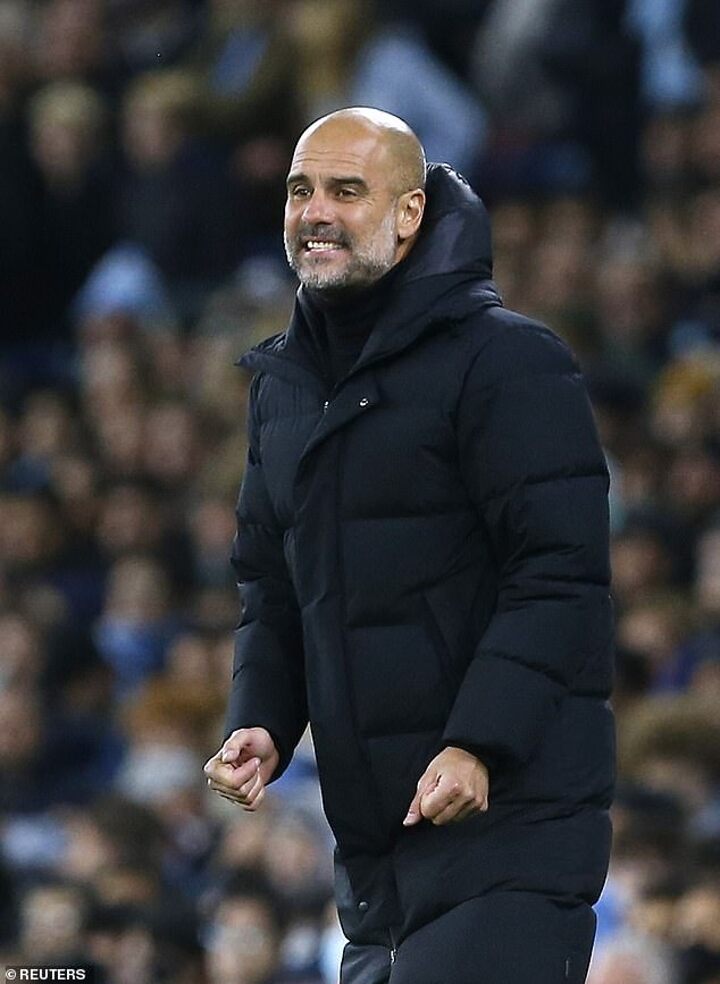 He said: 'When I first had my first game for Chelsea and we lost to Man Utd 4-0 and we played well for 60 minutes and we got done on the counter and then bang, bang it was two, three, and it was four.

'Then we went to the Super Cup and lost to Liverpool, played well, lost on penalties.

'I was on the plane home on the way back from the game, a little bit disheartened and I got a voice note from him.

'Just saying that the way my team had played, he said 'It was incredible, I loved watching it', really positive chat.'

Lampard also joked about the voice message 'self destructing' after he had listened to it. 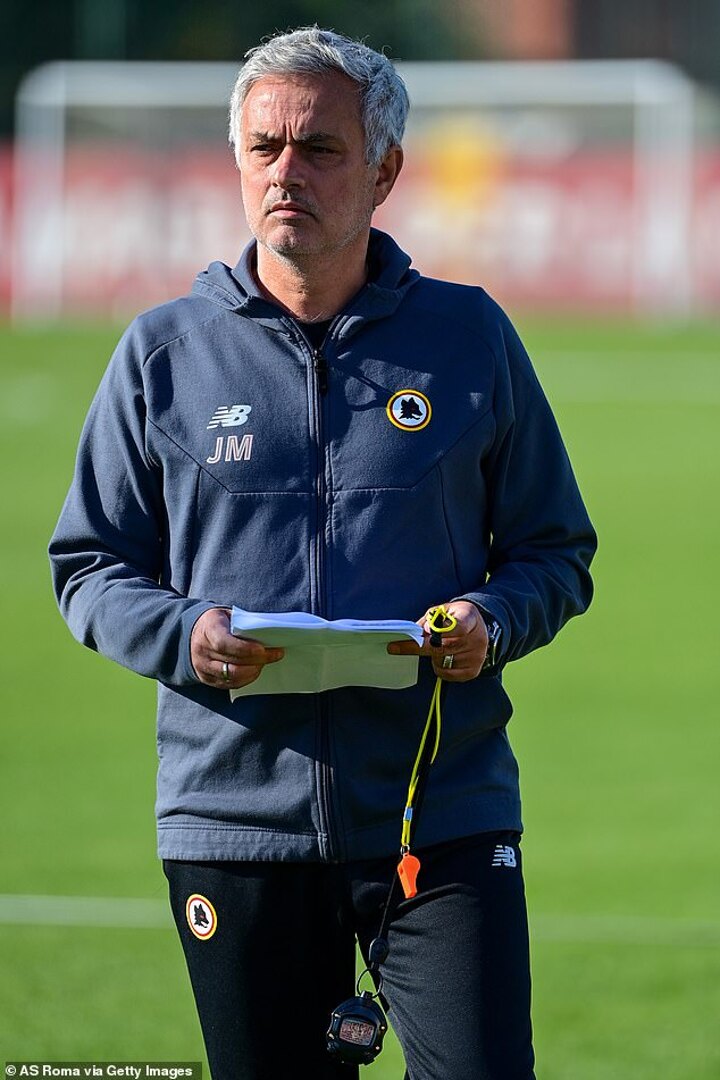 'It was one of those voice notes that deleted itself. It was almost like self destruct,' said Lampard.

'I wanted to get home and say 'listen to this everyone, Pep said I'm a good manager''.'

After guiding Chelsea to Champions League qualification in his first season, he struggled in his second campaign as new signings such as Timo Werner struggled to hit the ground running.

Having won one game out of his final five, he was sacked with the club languishing in ninth place.

He was replaced by Thomas Tuchel who guided Chelsea to a top four finish and won the Champions League with a victory over Manchester City.

Lampard revealed that he bumped into his former boss Mourinho who has also been sacked by Chelsea before. 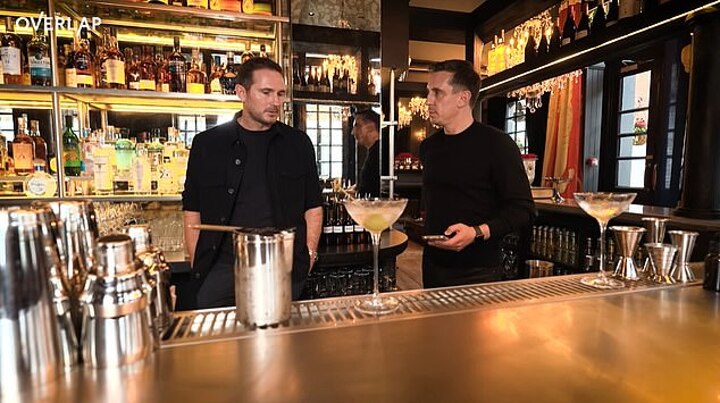 Despite their history at the Blues, they had a heated relationship on the touchline as managers of rival clubs Chelsea and Tottenham.

The former England midfielder said: 'I bumped into Jose in the streets around here just after getting sacked.

'It was Covid so he had a mask on and he whipped it off and before that when he was at Tottenham me and him were a little bit like that (at loggerheads) I'm not going to lie.

'He came over to me and gave me a big hug and said "now you're a real manager".

'I was like (thumbs up) cheers. But I loved it and that's the world we live in.'

As part of Neville's 29 questions segment, Lampard also revealed that his toughest opponent was Barcelona's Andres Iniesta while John Terry and Didier Drogba were the best he's played alongside.

He also said a midfield three of himself, Paul Scholes and Steven Gerrard could have worked for England, if the Manchester United man played in the deeper role out of the three.

Since his sacking Lampard has been linked to a number of jobs including Newcastle, Aston Villa and Norwich but is still looking for his next club.