Romelu Lukaku has been Serie A's poster man so far, but how is Antonio Conte getting the best out of him at Inter? 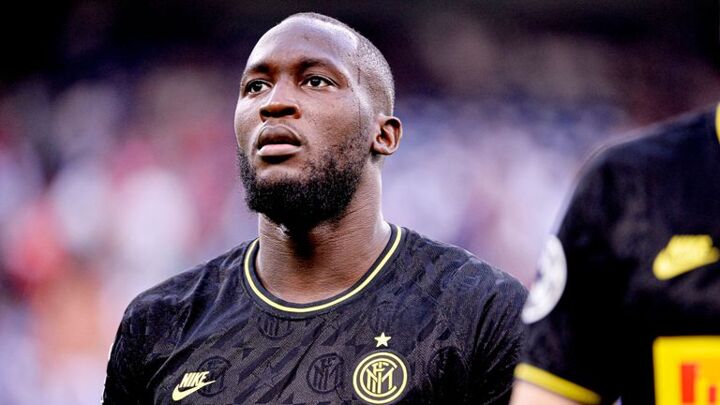 The 26-year-old has hit the ground running since joining from Manchester United in the summer, scoring 10 goals in 15 Serie A appearances which fired the Milan club to a shot at a first domestic title in 10 years.

Lukaku has been revitalised by coach Conte, who has relieved him of the pressure of playing as a lone striker and employed him alongside Lautaro Martinez to form one of the most prolific strike duos in Europe with 24 goals so far.

Inter have the chance to secure qualification to the knockout stages of the Champions League for the first time in eight years when they face Barcelona at the San Siro on Tuesday night.

Here, we examine how the Belgian striker got back to his goalscoring best since his Old Trafford departure... 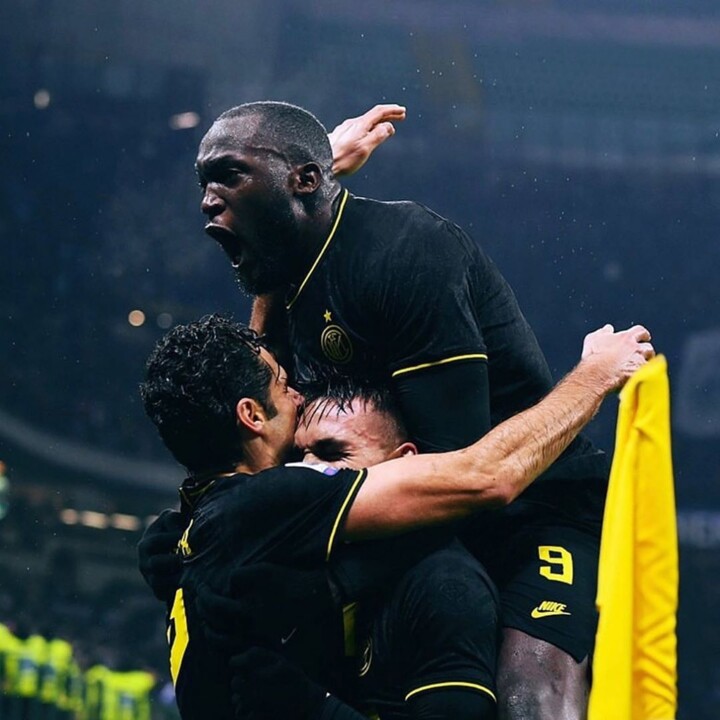 Lukaku was lovingly embraced by the Inter fanbase ever since he first set foot at Milan Malpensa airport in August. His medical was crashed by tens of jubilant fans chanting his name, and the same thing happened two weeks later at the San Siro when the striker took a bow in front of the Curva Nord sector after scoring on his debut. An omen of what was yet to come.

"Romelu has entered the Inter world in the best possible way, with great humility," Conte said after that game. "He's a giant with a smile, he's always available to work for his team-mates."

Sure, the former United man carried a £73m price tag with him, but ever since his first outing in Milan he showed why he was worth the effort.

Part of his woes at Old Trafford were down to the fact that he was considered as a lone striker, and played in a system that relied on him as the poacher to score goals, lots of them - no ifs, buts or maybes. When those goals failed to come, the rest of the team failed to cope with his drought.

Not many top sides in European football employ twin strikers anymore, but Conte has rolled back the years and drilled him and Lautaro Martinez to perfection. The pair play close to each other, pressing high to gain back possession as far up the pitch as possible, constantly intertwining and exchanging runs, and they're left with complete freedom to take advantage of their natural goalscoring abilities in front of goal. 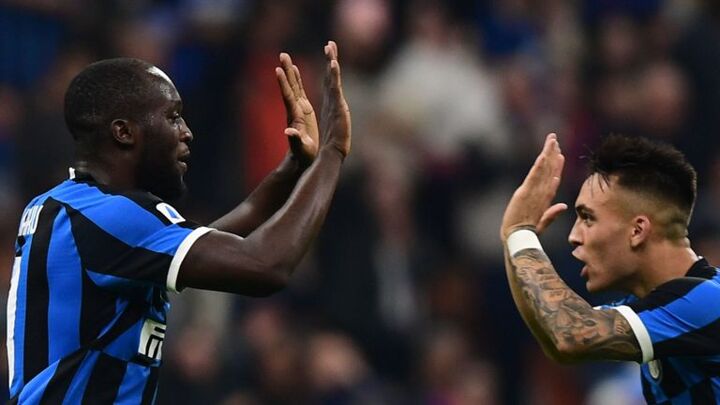 It took a while for their chemistry to get ticking, but the 24-goal partnership is the hype that no Inter fan can resist right now. The duo share striking similarities with Samuel Eto'o and Diego Milito, an iconic strike force in Inter's history, the one that won them their last Serie A title as part of their 2010 treble.

Lukaku is not your classic, physical target man anymore. He's a team-minded number 9 that brings other players into the game, attracts defensive marking and feeds in midfielders. Yet he got back to scoring goals, lots of them. He hit double digits when he scored against Torino in November, becoming the first Inter debutant to score this much in his first 13 games for 71 years.

A strike in the Milan derby and two late winners at Cagliari and Bologna are the souvenirs of his first months in Italy, goals which helped the team grind out wins even when the going got tough. Now the Milan club are back up at the heist, engaged in a blow-by-blow scrap with Juventus for top spot - something which not even the Inter board, by admission of sporting director Giuseppe Marotta, were expecting this early into Conte's reign.

Lukaku's goal contributions helped him establish mutual affinity with the fanbase from the off, but the Belgian is doing much more off the pitch to win over the Inter faithful.

On his first day at the club's Pinetina training base he made a personal request to be always spoken to in Italian, to understand Conte's instructions at the fullest and to feel comfortable on the pitch. That reflects in his post-game interviews - a chance for him to exhibit his near-perfect spoken Italian, and a sign of integration at 360 degrees in this new dimension.

Lukaku is living life at Inter at its fullest, with enthusiasm, desire, attitude and sacrifice, in a stark contrast with Mauro Icardi's final months at the club last season. While he is working on being a great goalscorer, fans have already noticed he is a great team player and person. And that's what you ultimately need to build a great team. 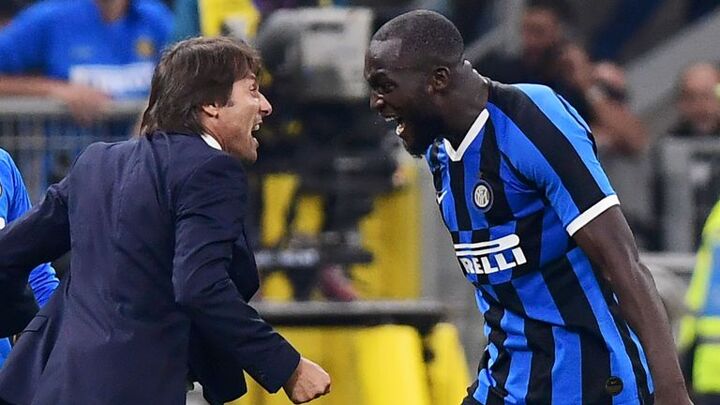 'Conte is controlling him with a remote!'

Sky in Italy's Inter correspondent Matteo Barzaghi: "His link-up with Conte is fantastic. It looks like Conte is controlling him with a remote from the bench, he does whatever he asks him! He holds up the play, presses deep, gets in the danger zone, on repeat. Lukaku is Conte's enactment on the pitch, the two are almost symbiotic and share a great working relationship.

"For Conte's gameplay, it's very important that the striker makes this sort of contribution. Lukaku guarantees that sort of work. He said it himself: 'Conte is the perfect coach for me at this point in my career, I need someone who trusts me like he does'. And Conte trusts him a lot, he's paramount for his style of play.

"Him and Martinez did not work a lot together in the first weeks, but then they became perfect thanks to Conte's tactics, which dictates the two twin strikers should complement each other in this way - making runs, being the first to defend, and they both do it perfectly. We call them 'Lautaku'.

"They both equally work as inside and outside forwards, so they look for each other on the pitch, and they get along outside of it too. They're the best thing that Inter have right now." 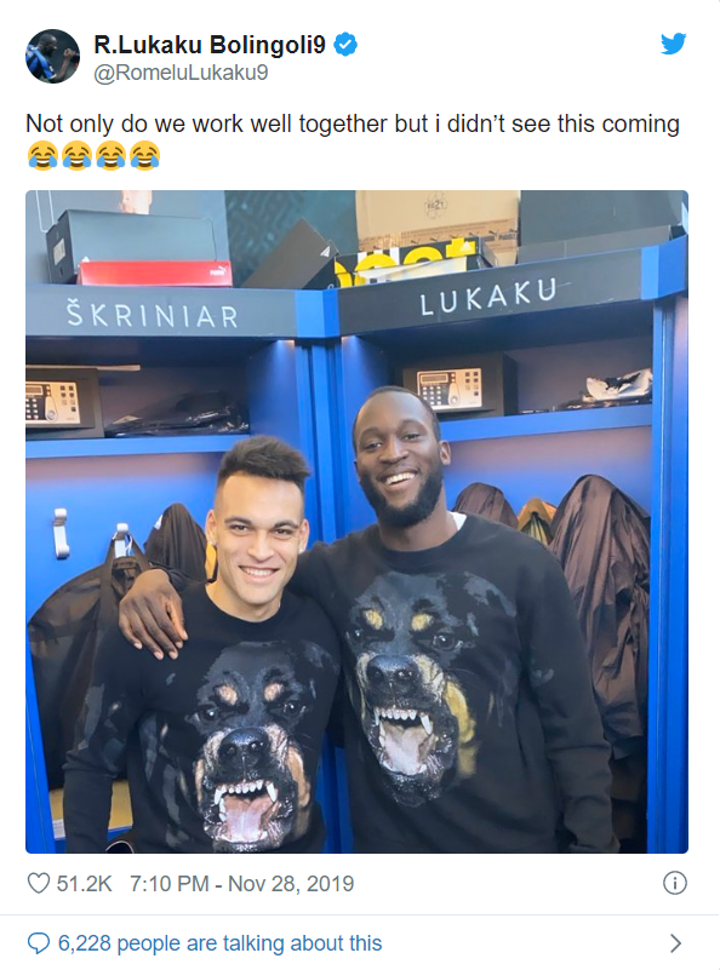 The fight against racism

This season more than any other, Italy's real, tangible issue with racism at football grounds manifested itself. In November, the 20 top-flight sides published a joint statement to "publicly recognise that we have a serious problem with racism" after a range of top-flight footballers were abused during games.

It is not something limited to the men's game either - former England international Eni Aluko left Juventus Women this month, six months before the end of her contract, and wrote in a column for the Guardian that Turin "feels a couple decades behind in terms of its general openness to different kinds of people".

Leading the fight to eradicate racism is not exactly the role Lukaku would have envisaged to fill in Italy, but it's one he has taken up without question. Regrettably, he faced abuse already during the second matchweek against Cagliari, but even then his reaction to the incident was exemplary. Just a look full of disdain and pity towards those few ill-disciplined people in the stands, and that was it. 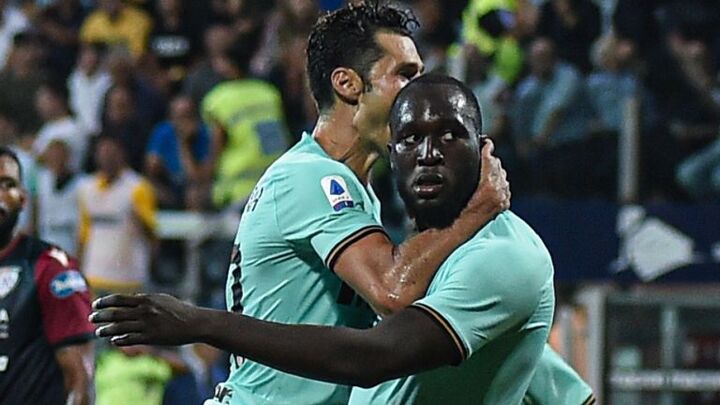 Following that incident, he raised his voice through an Instagram post to condemn what a section of Inter fans thought was not racism, but "a way of helping the team" - and a few other players have followed his example by speaking out when the same happened to them. Italian FA president Gabriele Gravina was highly critical of the incident, saying "we will have to activate much stronger methods of repression" and later announcing Serie A will start using VAR technology to identify and punish racist perpetrators.

Throughout his career, Lukaku has been an activist when it comes to racism in society, and so he has remained at Inter. The controversy around last week's 'Black Friday' headline by Italian sports daily Corriere dello Sport - that, paradoxically, celebrated him as a pioneer in the fight against racism - was only the latest example of what, sadly, has become the norm.

It's clear and obvious that Italian football needs individuals of Lukaku's importance and passion for the cause to change the script for good.