In one of the first transfer battles this summer Aston Villa came out on top as they beat Arsenal to the capture of Emiliano Buendia. 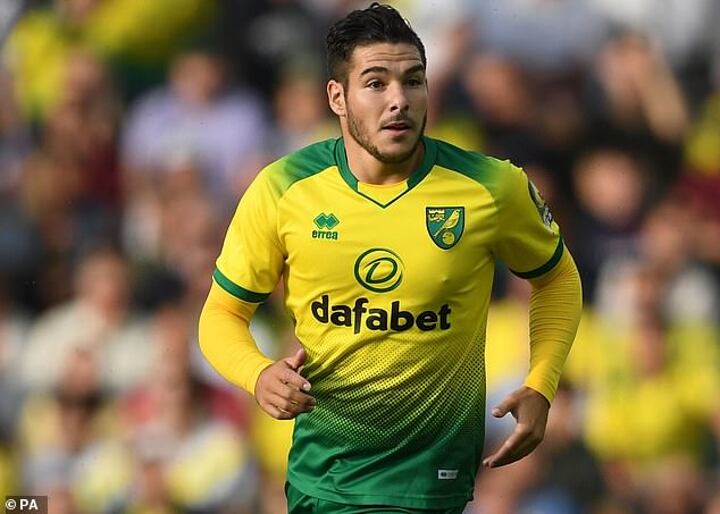 The Gunners had been long-term admirers of the 24-year-old but the Midlands club outmuscled them to seal a £40million deal.

But just how good is the Argentine? And will Arsenal live to regret another missed opportunity? Here, Sportsmail takes a look...

Who has he played for in his career?

The attacking midfielder began his highly-promising career at Cadetes de San Martin, based in his homeland. After making an impression as a youngster he continued his development in Spain, first at Real Madrid and then at Getafe.

Buendia plied his trade at the LaLiga giants in the Spanish capital for one year before progressing through the Getafe youth ranks between 2010 and 2014.

He made the breakthrough into the club's first team, making six LaLiga appearances, seven years ago. 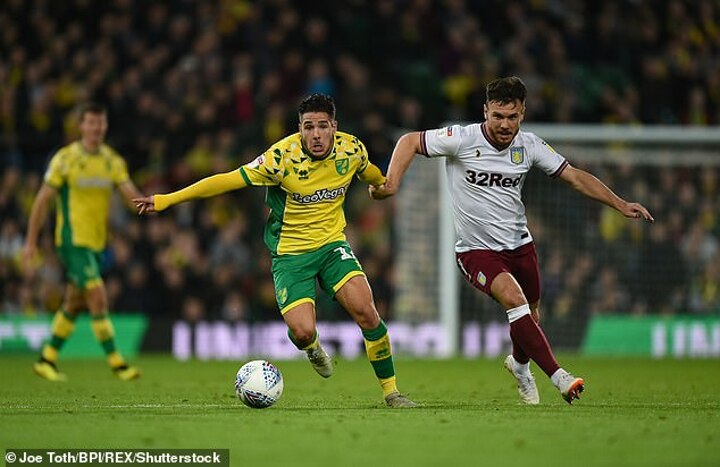 It was not until the 2017-18 season when Buendia made his mark. After being rotated and being hindered by injuries in the first couple of seasons he made 42 appearances in his final campaign in Spain.

In those matches he notched seven goals and supplied 12 assists as Getafe finished eighth. Norwich, who were eyeing promotion to the Premier League, subsequently came calling.

Buendia made an instant impact at Carrow Road, scoring eight goals and providing 17 assists in 41 matches as Norwich went on to win the Championship.

He continued to play a pivotal role in his debut season in the Premier League, bagging one goal and supplying eight assists in 39 appearances. However his creativity in behind the attack was not enough to keep Norwich up.

How did he perform last season?

Back in the Championship and back pulling the strings as the Canaries once again took the division by storm.

He had his most influential season to date, notching and impressive 15 goals and providing 17 assists in 41 matches.

His consistently instrumental displays saw him crowned the division's player of the year in April. His impressive performances also earned him his first senior international call-up to the Argentina squad. 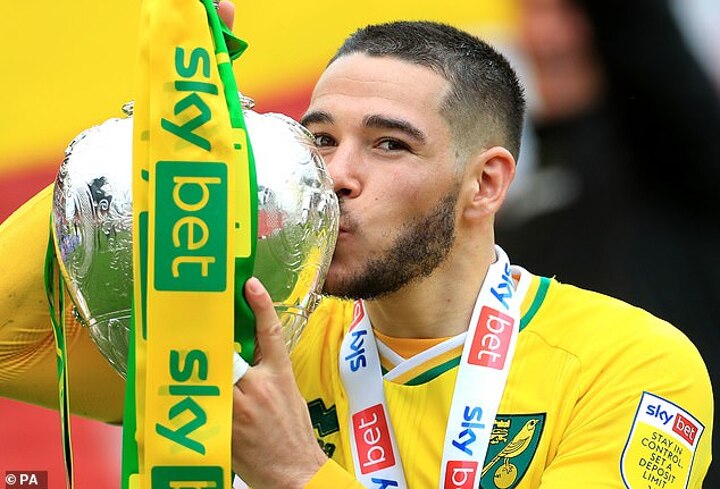 Deployed on the right wing Buendia was central to Norwich's attack, cutting in from wide to instigate and create chances.

Norwich boast another talented wideman on the other wing in Todd Cantwell. The 23-year-old was a standout performer alongside Buendia in the English top flight in the 2019-20 season.

The Englishman attracted admiration from the likes of Manchester United but Norwich were able to keep hold off their burgeoning talent. They have not been able to do the same with Buendia and he leaves a gaping hole.

What are his strengths?

The attacking midfielder is a technically-gifted player with skill, flair and vision.

He has the ability to unlock a defence with a clever pass and offers much-needed guile behind a frontline.

Yes, he has all the flicks and tricks but is also prepared to get stuck in and throw himself into the other side of the game.

At 24, Buendia is still learning but has certainly adapted to life in England. Villa are not only getting a talented player with bags of potential but a midfielder who can deliver the goods. 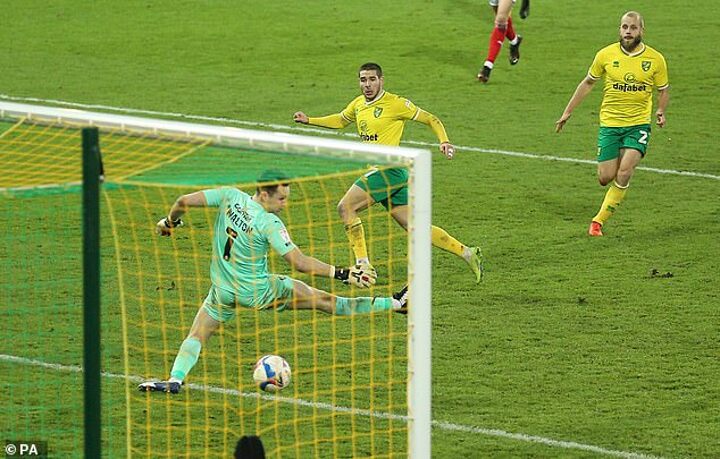 What have people said about him?

Former Norwich and England goalkeeper Robert Green alluded to Buendia's 'edge' to his game and believes he had to make the switch at this time of his career.

'He's the best player in the Championship. He's improved and has an edge. But without that edge I don't think you get the same player,' he told The Mirror.

'It's a tough one (the transfer), because I see it from the player's perspective.

'And if ever there's a time to go it's when you're playing really well and you're confident. He's just been called into the Argentina team too, so it points in certain directions I guess.' 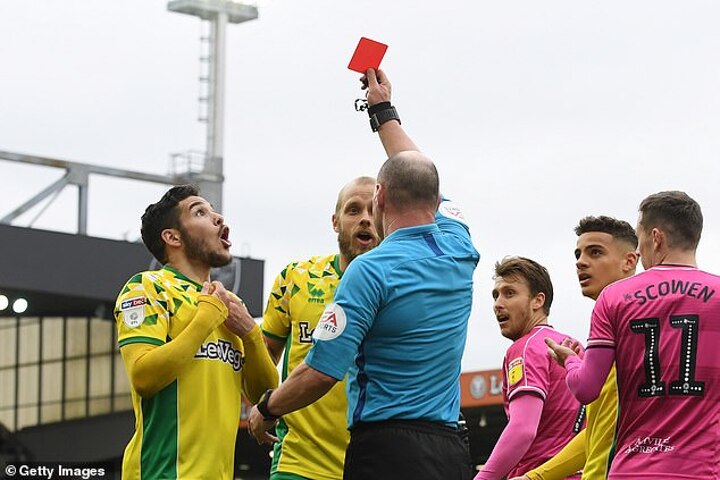 Understandably, Norwich boss Daniel Farke wanted to keep hold of his star player, he recently said: 'He has been unbelievably important for us during the past season and as long as we have him it is a joy to work with him, to have him in the team and for our supporters.

'You have to love his creativity and skills.'

Following Buendia's arrival from Spain three years ago, former striker Chris Sutton told BBC Radio Five Live: 'Buendia, a player who I think was playing in the Spanish second tier at a club owned by Leeds.

'Leeds had first shout on him, and Norwich end up pinching him – he’s been a revelation!'

Where will he fit into the Villa team?

Aston Villa fans will be fearful that Buendia's arrival paves the way for Jack Grealish's exit.

Grealish has been linked with a move away from Villa Park with Manchester City keen on adding him to their star-studded squad.

Although the £40m ambitious swoop for Buendia signals Villa's intentions and could help in trying to keep their captain as they look to build on their 11th-placed finish last term by mounting a European challenge next season. 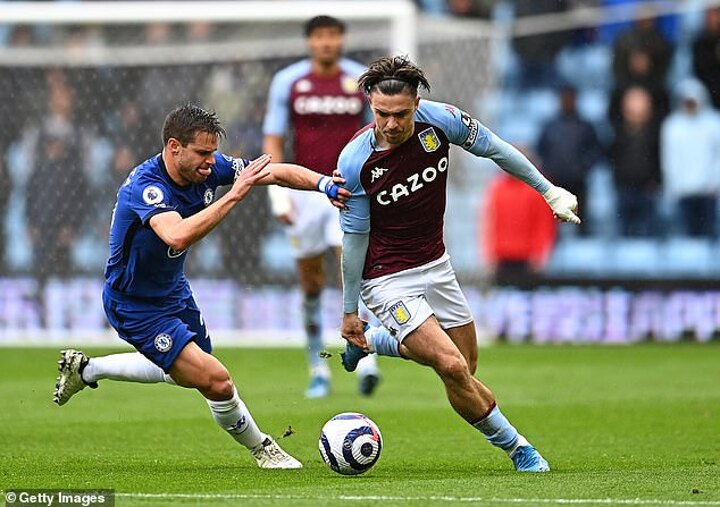 What an exciting prospect Buendia and Grealish lining up behind striker Ollie Watkins is.

Dean Smith utilises a similar system to his Norwich counterpart Farke, leaving Buendia to slot in seamlessly on the right side of a three behind the lone striker.

At the same time, Buendia could be viewed as a replacement for Grealish and should the Villa skipper move on this summer the Argentine could be used in more central areas.

Out wide or in the middle Buendia will be looking to fashion chances at every opportunity - the type of player Arsenal are crying out for... 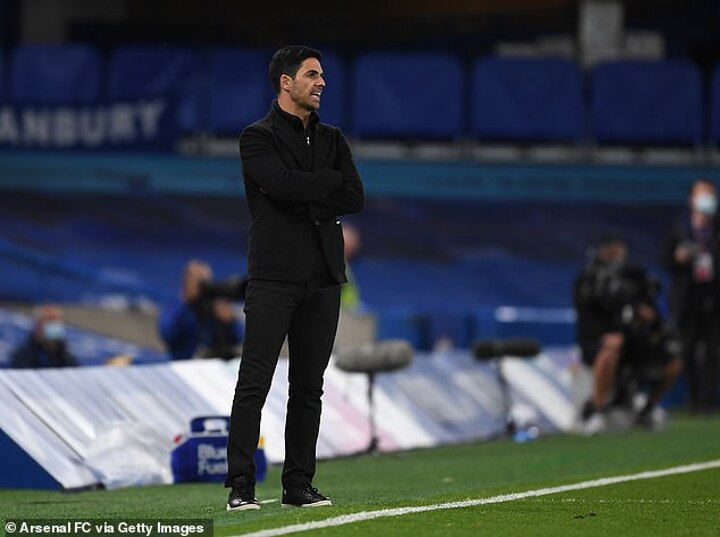