Sat in front of his television, a football fan in some corner of the world experiences a wide range of emotion throughout a 90-minute game. As fans, everyone who supports a team has at least one story to tell about the time they almost had a heart attack, thanks to their club. If that’s true, then it mustn’t be hard for us to empathize with professional footballers or any athlete, for that matter. They are subject to intense pressure day-in and day-out. 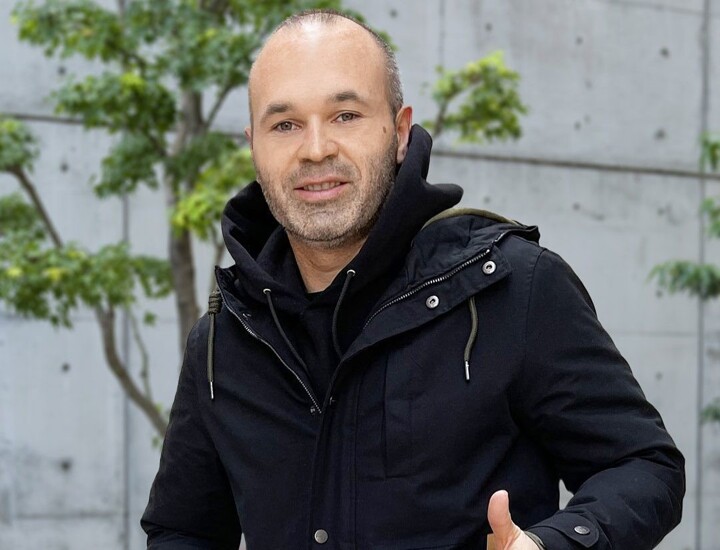 Occupational Hazards of a Pro

The minute sports went professional, it brought in a ton of cash. But at the same time, what it has also managed to do is hold a knife over an athlete’s head. Nobody talks about how stressful life can be for these people. They ought to perform. Else, they risk losing their livelihood. That’s not an overstatement. Professional athletes are trained to do just one thing in life. The prospect of losing everything is why a lot of these players suffer from mental health issues. A topic that isn’t oft-discussed. Whilst physical injuries could cripple a career, we must now acknowledge that so could anxiety and depression.

In this post, we’re going to take a look at a list of football players who have suffered from mental health issues in the past. Not everyone got the help they needed. 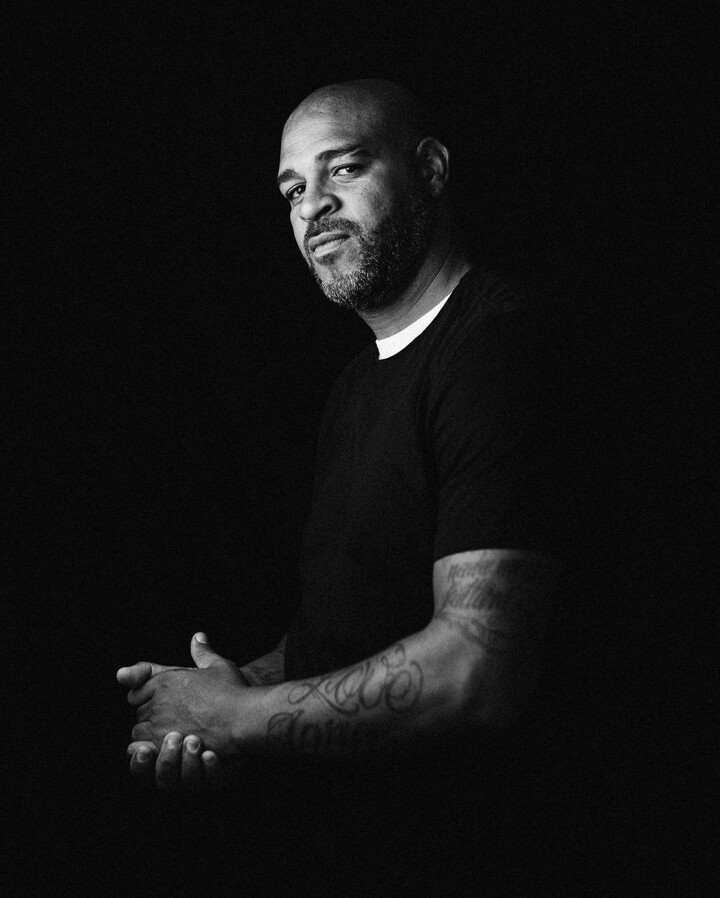 The ‘poster child’ for mental health problems has to be Adriano. Losing his father, whom he was close to, has been cited as the reason for his issues. According to Zanetti, who spent time with him in Inter, the Brazilian was never the same since receiving that news. Adri sought the help of alcohol which only worsened his state. 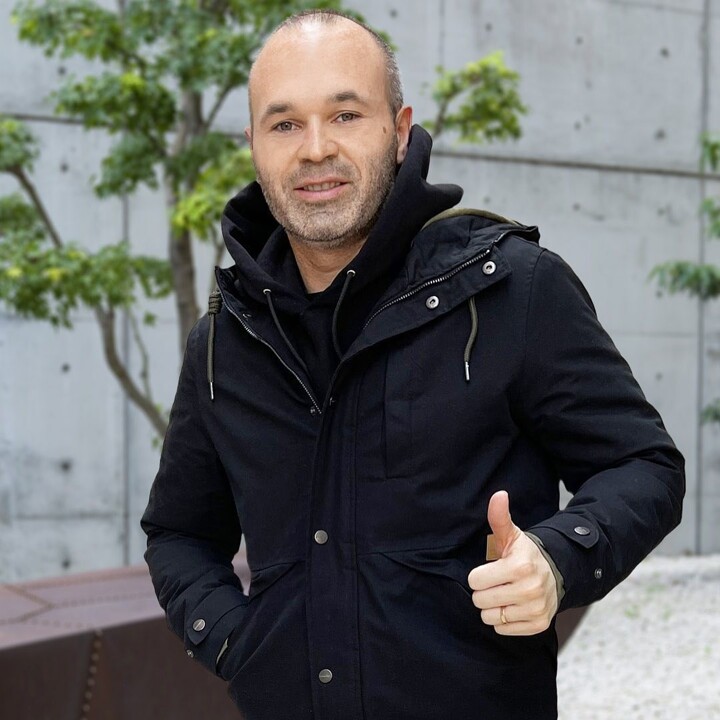 Players who have done well on the field find themselves in a pit that’s a lot deeper. They have to live up to the expectations that they’ve set for themselves. Just ask Andrés Iniesta. Injuries and the loss of a friend led him down that road. The timing couldn’t have been worse either. The Spaniard revealed, in 2018, that he had faced issues during the 2010 World Cup.

8. Jessie Lingard: Behind the smile 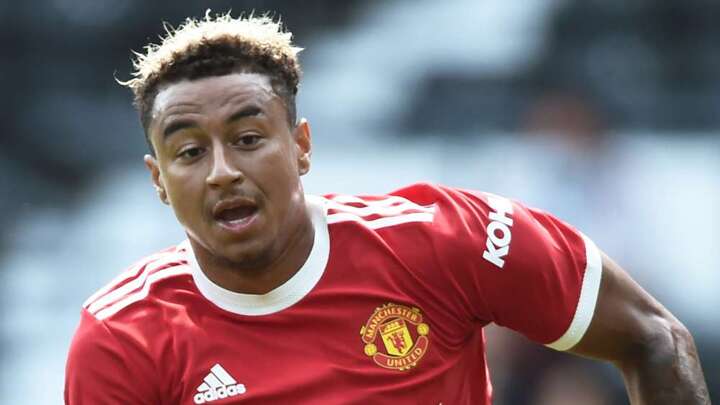 The England winger had struggled mentally during his extended spell without football at Old Trafford earlier.

"We had times during the bad periods when I started to resort to drinking at night and that wasn't me," he told the Daily Mail.

"[Lingard's brother] Louie was looking at me and thinking, 'That's not my brother'. I've never been a big drinker, but I was resorting to that for my own peace. When I finally opened up and started speaking to family, it really helped. I owe it to them.

"My confidence was shot. You can be that happy-go-lucky guy, bouncing around the training ground, but deep down you're wearing that smile as a mask.

"I wasn't playing so I was down. Luckily I had Louie sending me videos from my Under 21 days for United and England. He was trying to make me realise what a good player I'd been.

"'Watch this! Watch this!' So I did and thought, 'You know what? I can't throw this away'. It gave me confidence, and that first lockdown gave me a chance to re-evaluate what I wanted in life."

Louie added: "I've watched this kid all my life. There were matches where I had to leave because I knew he wasn't right and I felt helpless. You know when you see a boxer on his last legs, ready to be knocked out? That's what I was seeing and at the same time, the vultures came for him.

"They were picking away. There was a lot of online abuse. I don't look at Jesse as someone to analyse, or someone who needs a new contract. I'm his big brother. I needed to make sure this kid could go on and live his life. He didn't want to go fill up his car with petrol as he didn't want to go out. I felt powerless."

7. Christian Pulisic: It wasn't easy to reach out for help 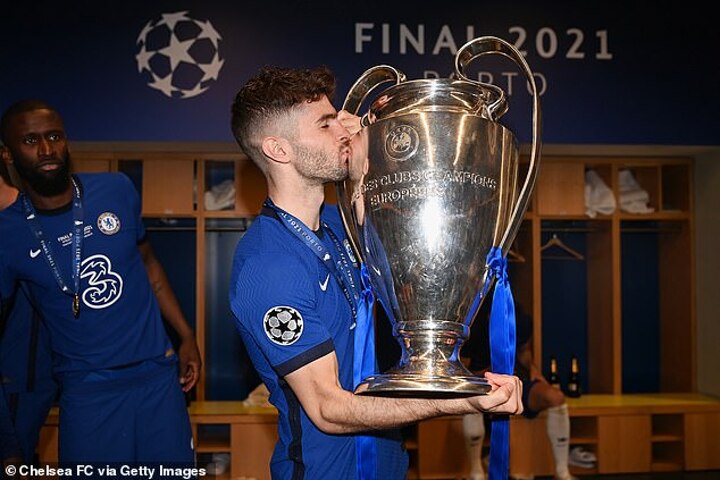 Throwback to when Thomas Tuchel replaced Frank Lampard as manager and Pulisic found himself increasingly on the bench, with his grandpa Mate passed away that December, it preceded a dark period for the American, living alone in London.

Already prone to over-analysing his performances, that introspection went deeper .

Wrestling with the changes in his life challenged his mental health, prompting Pulisic to dig deep and ask for help.

‘It took me a while to realise that to speak up feels strong,’ says Pulisic. ‘I thought that I was too tough to need help. When it’s all on you, it can really feel like a lot. Opening up, it’s a hard thing for a lot of people, as it was for me. I reached out to a therapist and that’s not something that anyone should ever be ashamed of. 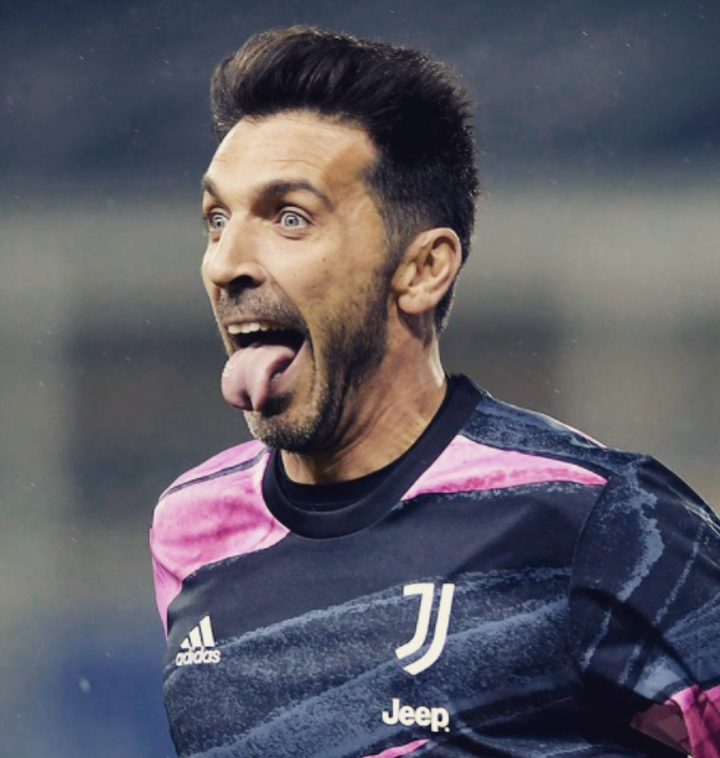 Seek Help. Gigi Buffon is another big-name player who shared details about his problems. In his autobiography, Numero 1, the Italian goalie goes into detail about how he suffered from depression during his early days with Juve. He also mentions how he solicited the help of a psychologist to nip the problem in the bud.

5. Michael Carrick, murky skies do not help at all! 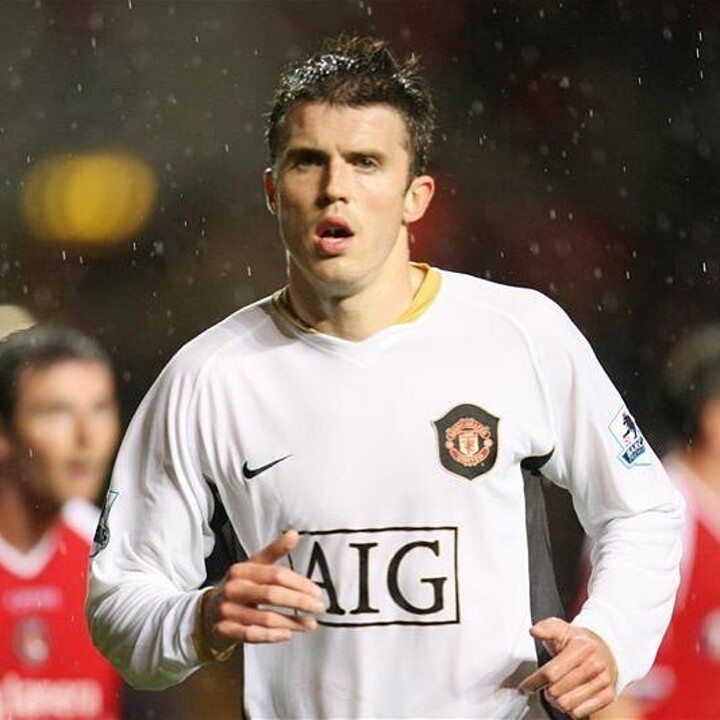 The warmness of the sun does soothe an aching soul. Players living in England do not have the luxury of its warmth either. Just ask Michael Carrick. The man played for Man Utd under SAF. Michael was part of their most successful team, but he went into depression after United lost the 2009 Champions League Final to Barça. It took him two long years to recover.

4. Tyrone Mings: My mental health plummeted at the Euros 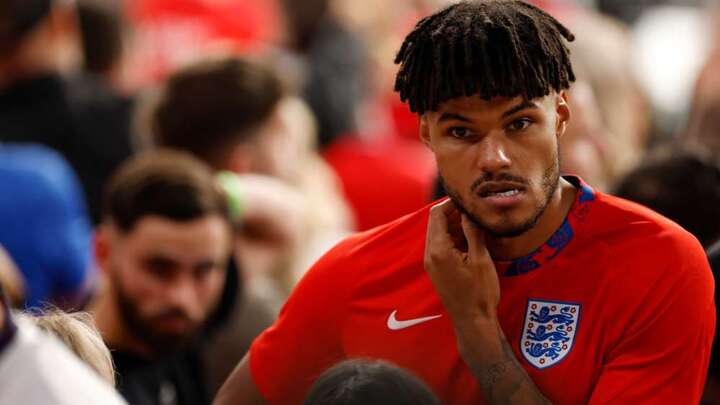 Mings admitted that he felt singled out at this summer's tournament for his lack of England experience, leading many to doubt him ahead of his starts in place of the injured Harry Maguire in the first two matches of the competition.

During that time, Mings admitted that it took a lot of work with his psychologist to get him into a mental state that allowed him to take the field for his country.

"I did have a tough time in the lead-up to the opening game against Croatia," he said in an interview with The Sun.

"I think I'm a lot more hardened to outside influences now, but my mental health did plummet. And I have no shame in admitting that because there were so many unknowns about me going to that game.

"I was probably the only name on the team sheet that people thought, 'not sure about him'. And that was something I had to overcome.

"So I did a lot of work on that with my psychologist. I was given a lot of coping mechanisms - whether it was breathing, meditation, or just learning how to bring yourself into the present moment. To stop letting your subconscious take over.

"It was hard. I didn't really sleep very well before that first game." 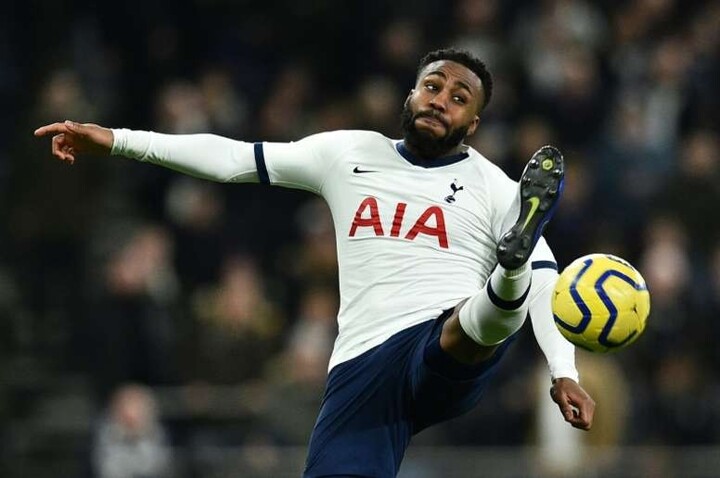 Danny Rose is another football player who has come out and revealed that he suffered from depression due to various factors. We’re not sure if the he has recovered completely. Jose Mourinho’s handling of his minutes shouldn’t have helped him either.

Not every player who has suffered or is suffering from mental health issues has been as lucky as some of the players already mentioned in this list. Football became too much to bear for a few of these gents. They ended their careers prematurely. Marvin Sordell, who came through the academies of Fulham and Watford, decided to call it quits in 2019. Depression was one of the reasons he retired. 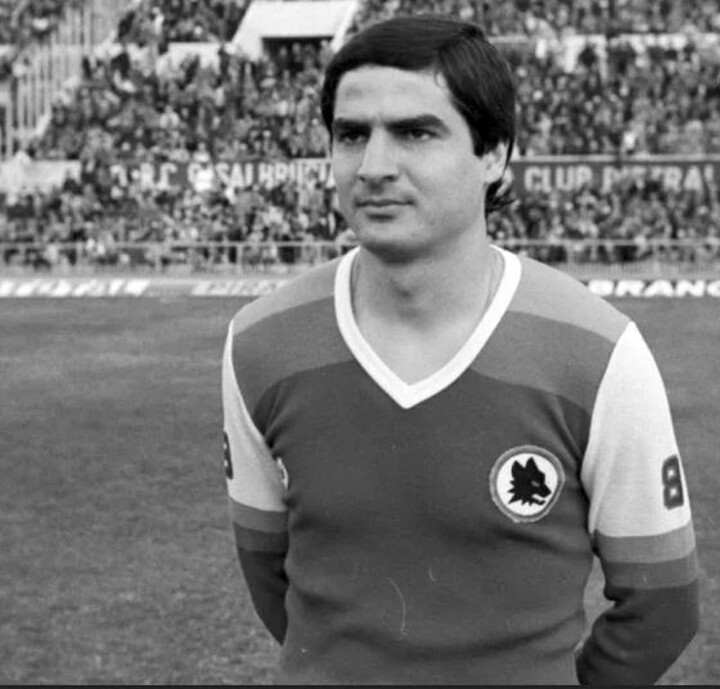 There have also been a few instances when players have committed suicide due to their mental problems. Agostino Di Bartolomei, who used to play for Roma, took his life due to this dreaded condition. Sadly, he isn’t the only one.