Marcelo Bielsa was coy when asked about his future as manager of Leeds United on Wednesday night after they lost their Championship play-off semi-final against Derby. 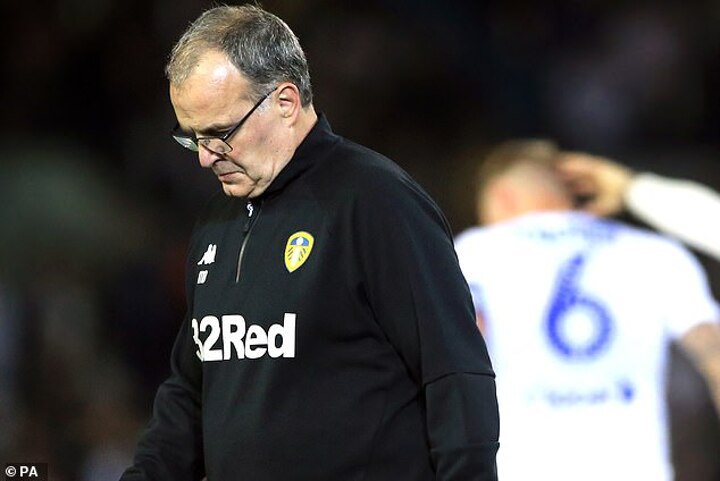 Bielsa watched his side go 2-0 up in the tie only to lose 4-3 and fail to reach the play-off final at Wembley.

Asked about his future, the 63-year-old said: 'As you can imagine, it is not convenient to talk about this right now. 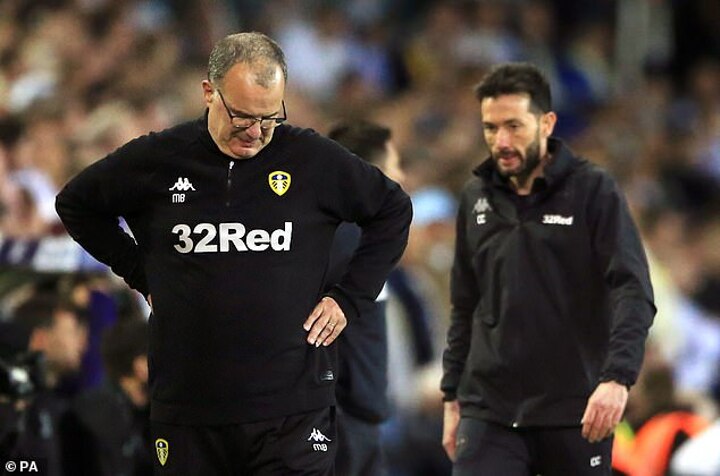 'If the club gives me the option to carry on I would listen to the proposal.'

Bielsa was pictured at the full-time whistle looking at the ground as a number of his players were left flat out on the pitch at Elland Road.

After Stuart Dallas made it 1-0 on the night and 2-0 in the tie, Bielsa said that was the time to kill the game.

'We should have made a bigger difference in the first half,' he told Sky Sports. 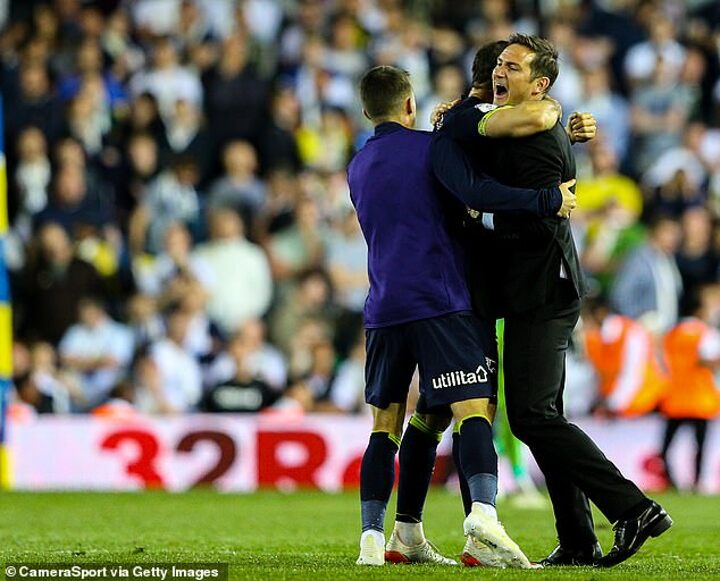 Derby scored shortly before half-time through Jack Marriott's strike, which halved the deficit.

From there, Derby went 3-2 up on aggregate before Dallas struck again to make it 3-3. But with five minutes remaining, Marriott also scored his second of the game to seal Derby's place in the play-off against Aston Villa on May 27.

'The second half was an unpredictable one and it's difficult to analyse it,' Bielsa added.

"We conceded in the first half and the opponent was dangerous.

'And in the second half the game was unbalanced and they found the spaces that usually they didn't find.’