Jamie Carragher has slammed the handball rules after Newcastle equalised with a controversial late penalty against a dominant Tottenham. 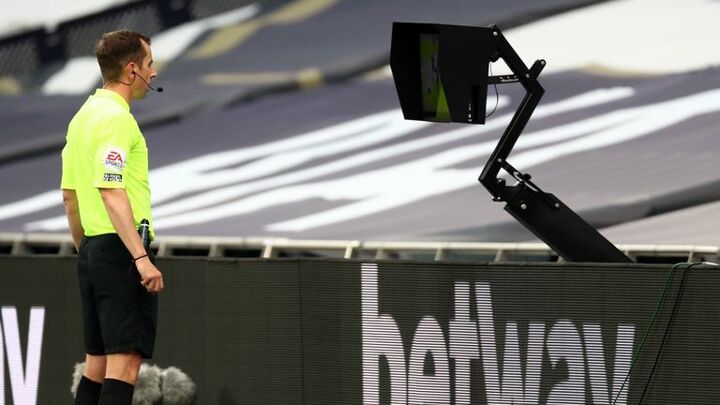 Referee Peter Bankes awarded Newcastle a spot-kick in the 95th minute of the game, after consulting with VAR and checking the pitchside monitor following Andy Carroll's header into the back of Eric Dier's arm.

The decision came despite Dier's back being turned and Carroll's header being from close range. It follows another highly controversial handball decision in Crystal Palace's defeat to Everton on Saturday.

"It's an absolute disgrace. An absolute joke," Sky Sports pundit Carragher said of the new handball rule that has been brought in for this season.

"Newcastle fans will be ecstatic, I can understand that but everyone else in this country will say exactly what I'm saying.

"Eric Dier jumps for the ball, has no control of where his arms are going to be, it was a header half a yard away from him, hits him on the back of his arm, he has no idea what's going on. This is a joke.

"Whether it's the Premier League, the FA, FIFA, Pierluigi Collina, whoever is involved in this, stop it, because you're ruining football for everybody. Absolute joke.

"You've got more trouble on your hands Premier League, FIFA, UEFA, whoever is involved. Change this now!"