The game was only 11 minutes in but already John Terry had seen - or should that be heard - enough. 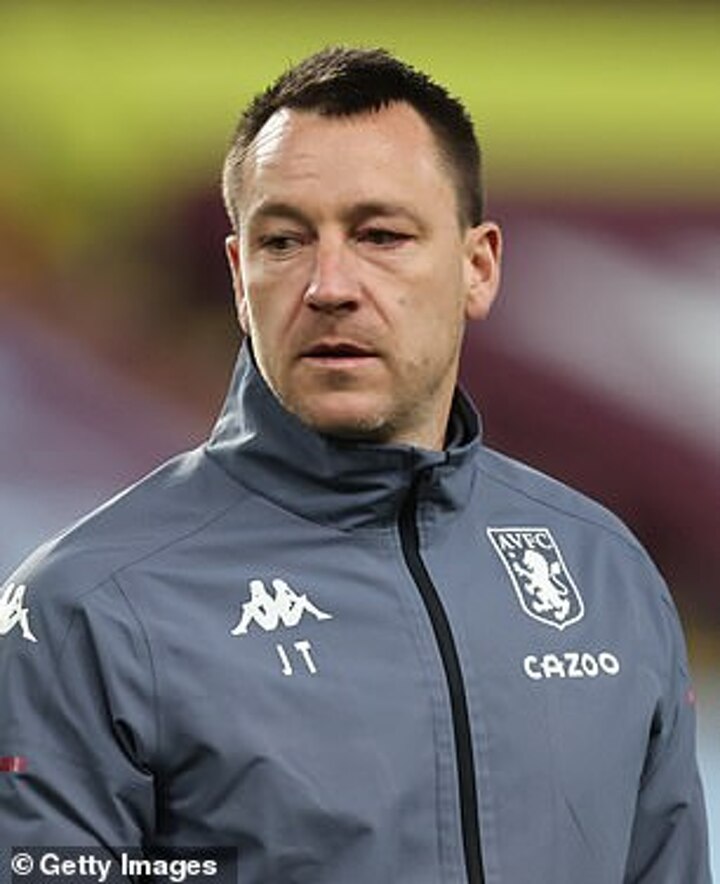 He posted an Instagram Stories picture of his television showing Chelsea's Champions League quarter-final with Porto with the BT Sport logo visible in the top right corner.

The caption read: '@SkySports please get hold of the Champions League.' 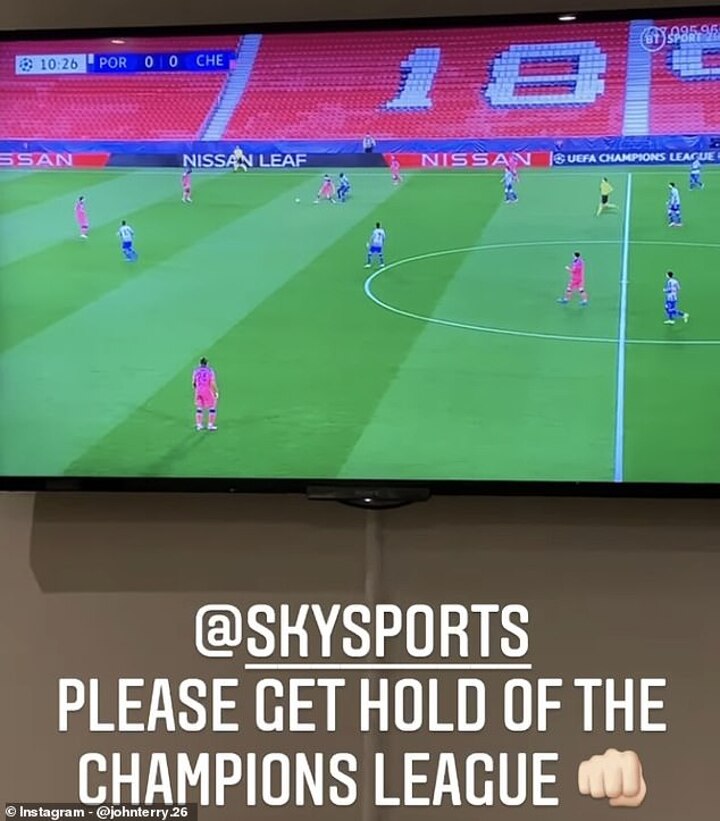 Terry's unusual gripe is less likely to have been with Chelsea's performance as they won the first leg 2-0 but with the co-commentator summarising the action for BT.

Robbie Savage, the man alongside Darren Fletcher in the commentary box, isn't everyone's cup of tea but Terry has a long-standing feud with the former Wales midfielder.

It was back in August 2015, as Chelsea legend Terry's time at Stamford Bridge was drawing to a close, that Savage criticised him in his Daily Mirror column.

Terry, then 34, was taken off at half-time in Chelsea's 3-0 defeat to Manchester City at the Etihad Stadium, and replaced by Kurt Zouma after being given a torrid time.

In a newspaper column headlined 'John Terry needs to face it - this could be the beginning of the end,' Savage explained why the ex-England centre-half shouldn't fight the dying of the light. 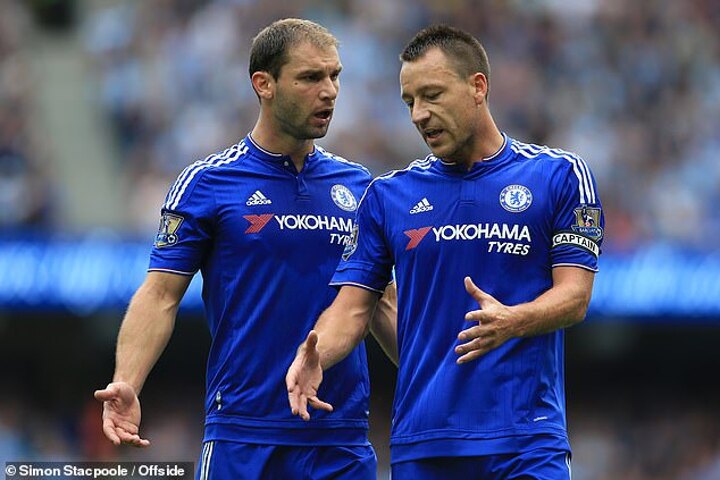 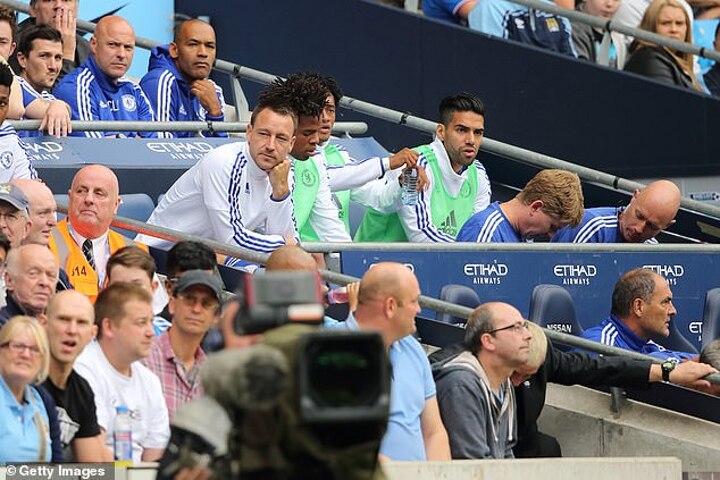 He wrote: 'Looking in the mirror and admitting you're no longer the force of old is one of the hardest truths for top players to confront.'

Savage went on to say that 'age is catching up' with Terry (adding 'there's no shame in that') and pointed out that then Chelsea manager Jose Mourinho was deploying two holding midfielders because Terry wasn't as reliable as he once was.

Apparently speaking from experience, Savage added: 'When you're on the way out, the first thing that goes is your legs; then it's the mental agility, and ability to read dangerous situations instead of being pulled out of position.'

His brutal pay-off at the end of the column said: 'The Special One didn't earn his reputation by granting stays of execution to great servants who were past their sell-by date.'

Things didn't exactly pick up for Terry thereafter. He was sent off in Chelsea's next Premier League game against West Brom and though he started over 30 games that season, it was a turbulent one for the Blues, who spent most of it in the bottom half, sacked Mourinho in December and eventually limped to a 10th-place finish under interim Guus Hiddink. 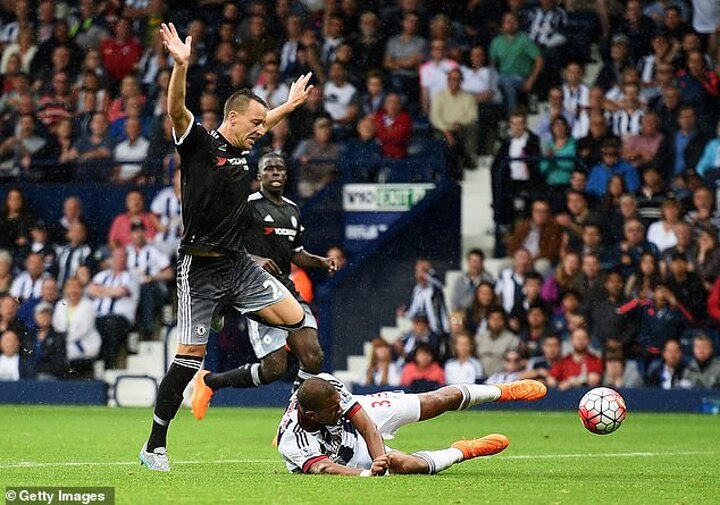 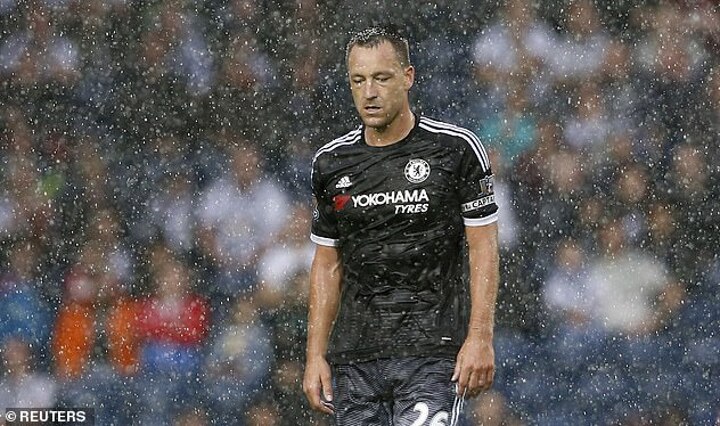 But in the November, speaking in a press conference to preview a Champions League game, Terry decided to take issue with Savage, who was also a pundit for BBC and BT at the time.

He said he was happy to listen to criticism from the likes of Rio Ferdinand, Jamie Carragher and Gary Neville and 'take it on the chin' because they were 'the very best I've come up against in the game.'

Terry then added: 'When certain other people speak, maybe not. Maybe I don't listen, maybe I don't take it on the chin.

'When players who have not had a career, who have played at a really bad level throughout their career come for people who have achieved what I have achieved in the game.'

And the assembled press pack can be heard bursting into laughter when Terry adds: 'With Robbie Savage being one.

'He's dug me out a couple of times. You take it as a footballer, as an individual. I'll take it from the Rios, Carraghers and Nevilles. All day long. From others? Nah.'

Of course it wasn't hard for Terry to take the higher ground in this regard. He was, after all, a player who'd won four Premier League titles, five FA Cups, three League Cups, the Champions League and Europa League, not to mention 78 England caps. 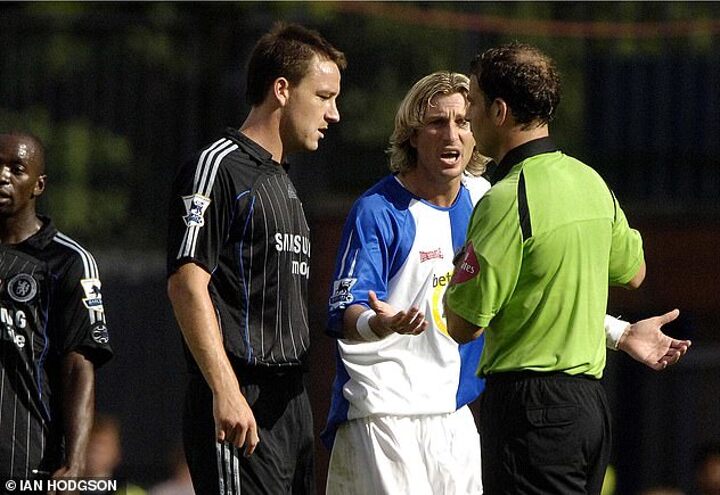 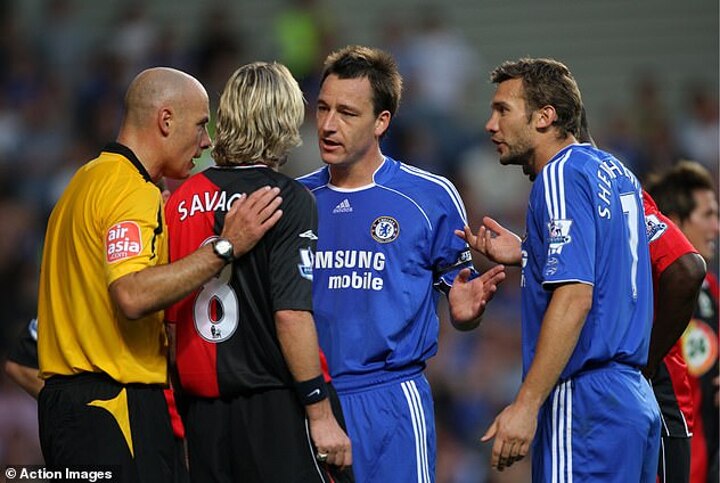 Savage used another one of his newspaper columns to defend his own achievements in the game.

In an article that begins 'those of you hoping for a volcano erupting or the machine-gun fire of cheap shots may be disappointed,' Savage nonetheless goes on to make his point.

He says: 'I was surprised, on the eve of a must-not-lose Champions League tie, with his manager under intense pressure and Chelsea miles off the pace in the title race, that the captain took a little pot-shot in a press conference at a TV pundit who had only said what most of the country was thinking.

'Apparently I am not entitled to venture opinions about Terry on BT Sport, in the Daily Mirror or the BBC Six-0-Six phone-in because I have not won major trophies like fellow pundits Rio Ferdinand, Jamie Carragher or Gary Neville.

'I only played 346 games in the Premier League, captained four clubs in the top flight and won 39 international caps. So much for playing at a really bad level. 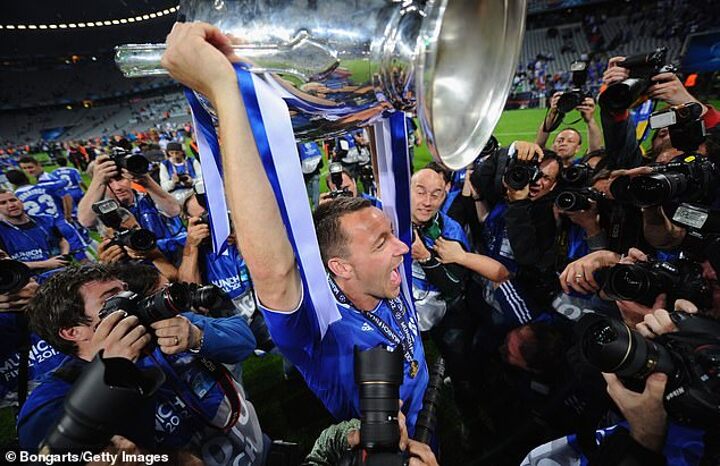 'But this is not about me. This is about Terry's remark that he will only accept criticism from ex-players who won trophies and medals with big clubs, like Rio, Carragher and Neville.

'John is entitled to his opinion. It's just a shame he thinks 99 per cent of the football industry - those of us who have not won the title or Champions League medals - is unqualified to express theirs.'

That wasn't the end of it though. Savage described Terry's performance as 'awful' when Chelsea lost at the eventual champions Leicester the following month, saying 'they looked a better side when he went off' after his 55th-minute substitution.

Later in the season, however, Savage said he felt 'no bitterness' towards Terry over his comments about his playing career. 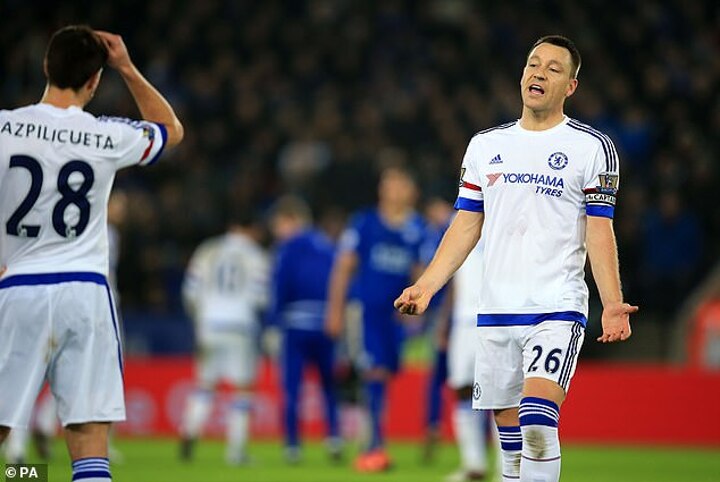 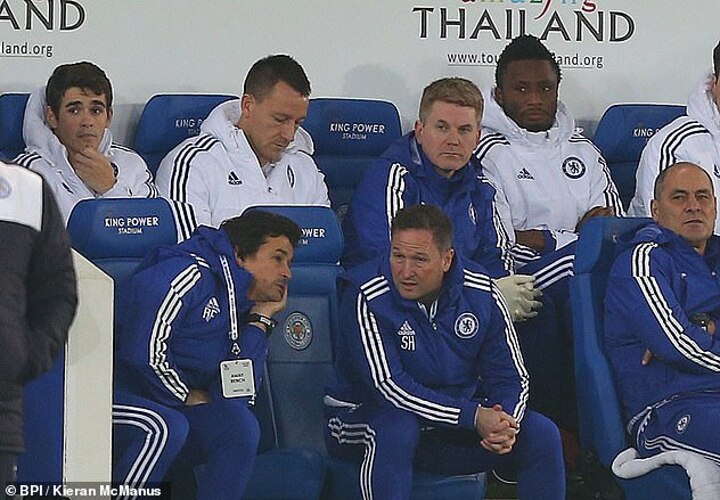 Terry retired from playing in 2018 after spending his final season at Aston Villa and, despite appearing on Sky's Monday Night Football in December 2017, moved into coaching rather than punditry. He is one of Dean Smith's assistant coaches at Villa.

Savage is now a familiar face and voice on BT Sport's coverage of the Champions League and Premier League.

And presumably not to Terry's taste judging by the Instagram post on Wednesday night that was later deleted.

Unfortunately, he might have to wait a little time to get his wish. BT will be screening the Champions League until 2024 at the earliest after sealing a £400million-a-season deal in 2019. 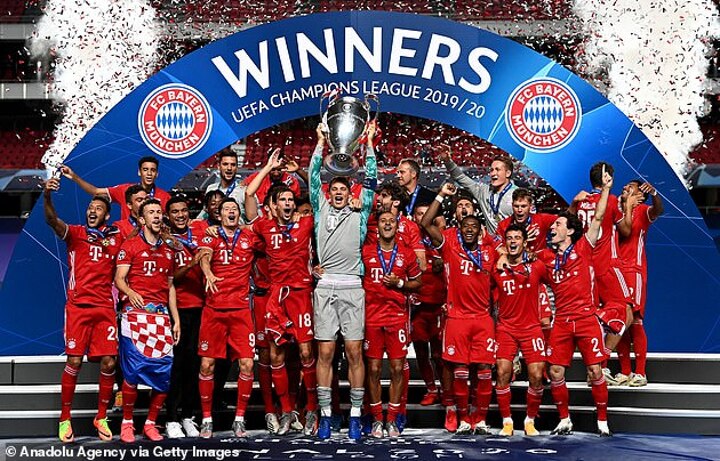