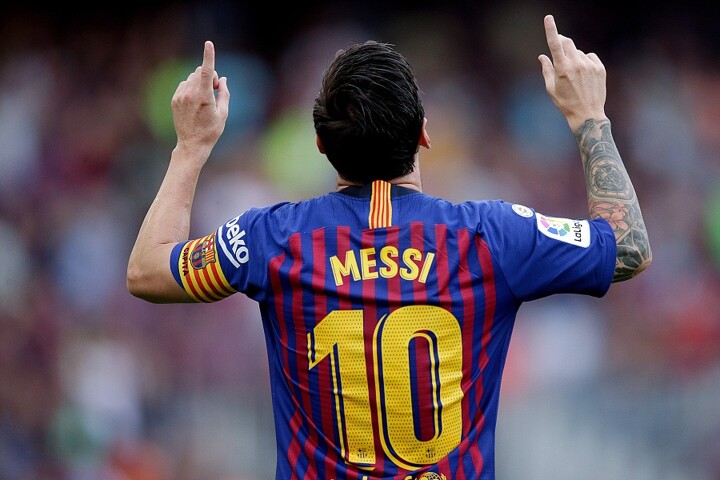 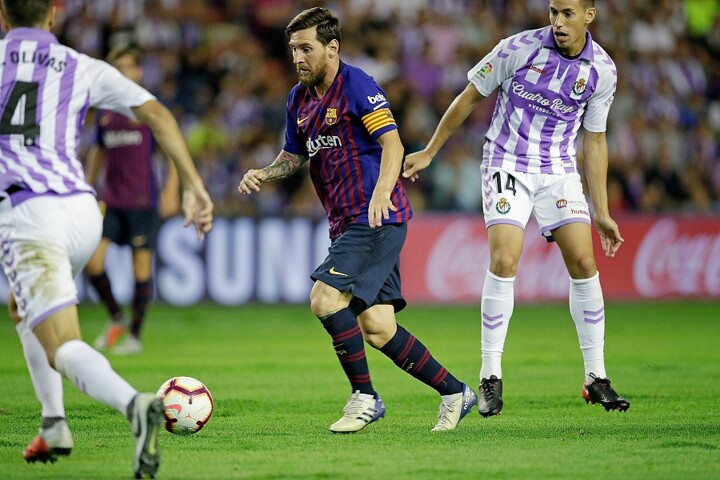 When Real Madrid beat Leganes 4-1 on Saturday they would have been forgiven for thinking they would go into the international break on top of the league. They didn’t count on Barcelona scoring EIGHT to overtake them on goal difference. 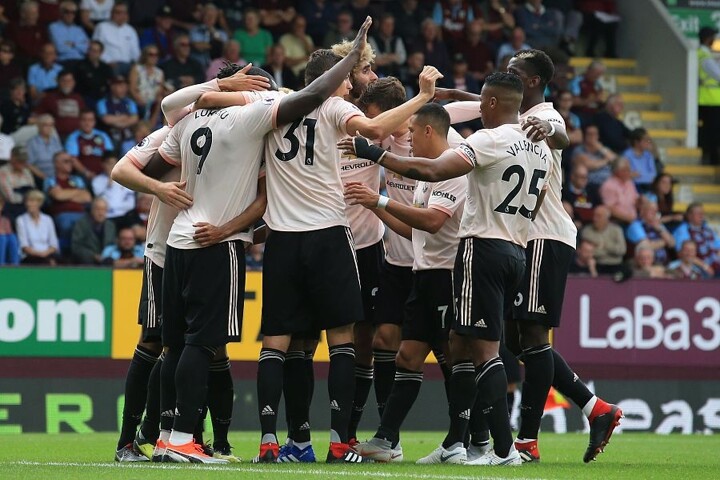 Manchester United returned to winning ways on Sunday as Romelu Lukaku's first-half double was enough to give them a 2-0 victory over Burnley. 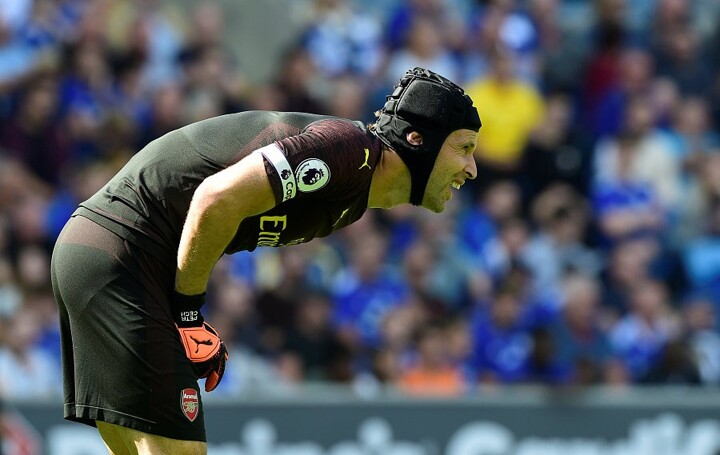 Game is over and the final score is Cardiff City 2-3 Arsenal. Cardiff City twice found equalisers before Alexandre Lacazette conjured an 81st-minute winner for Arsenal, who have back-to-back wins. 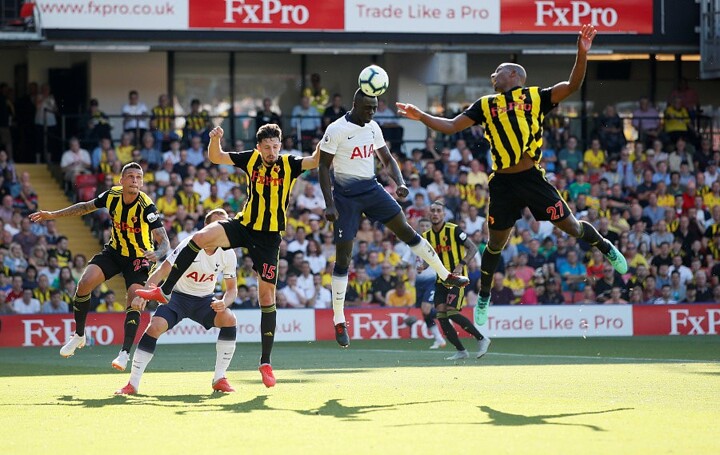 Watford maintained their perfect start to the Premier League season as they came from behind to shock Tottenham at Vicarage Road.

Messi sits Luisinho down as he scores incredible solo goal 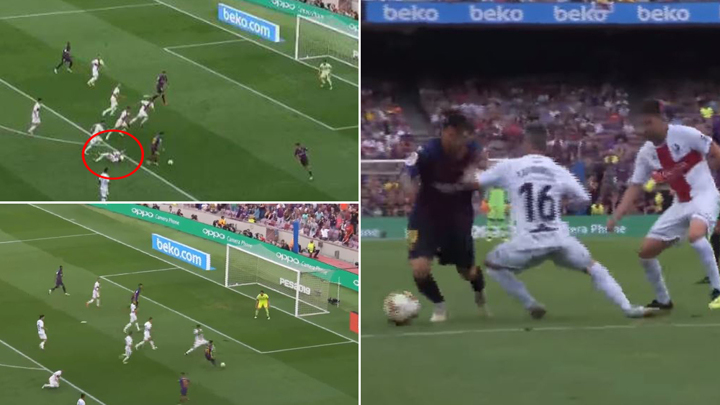 Lionel Messi scored another sensational goal on Sunday evening against Huesca, one worthy of being added to his hall of fame of stunning goals. 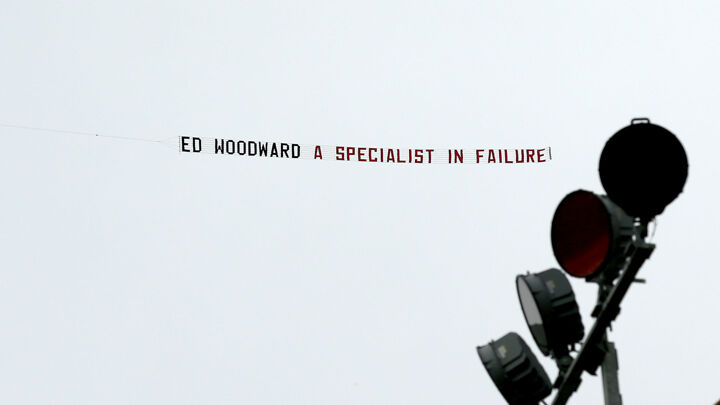 The plane flew over Turf Moor as the Red Devils prepared to take on Burnley in the Premier League on Sunday afternoon.

OFFICIAL: Yaya Toure rejoins Olympiakos after having left the club in 2006 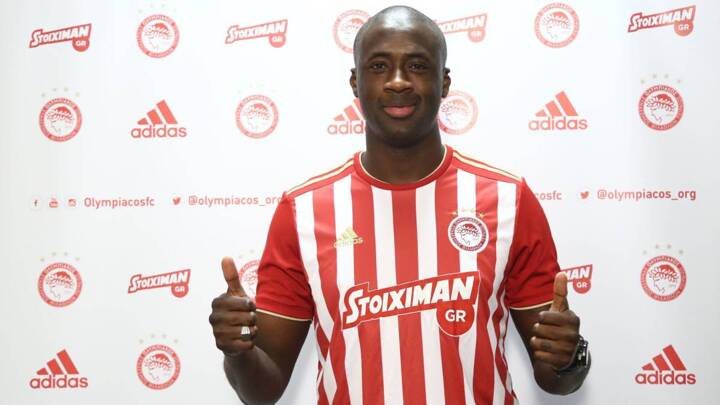 The former Monaco, Barcelona and Manchester City midfielder says he is as hungry for success as ever and wants to let his football do the talking again.

Ronaldo Jr outshines his dad with 4 goals on Juventus debut 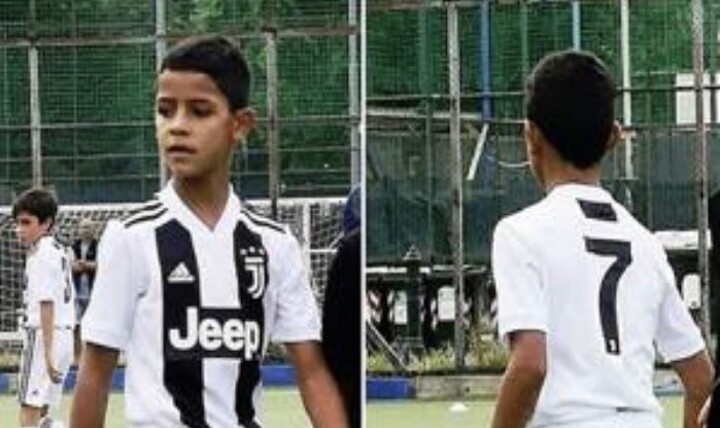 Raul earns his first win over Barca as a Madrid coach 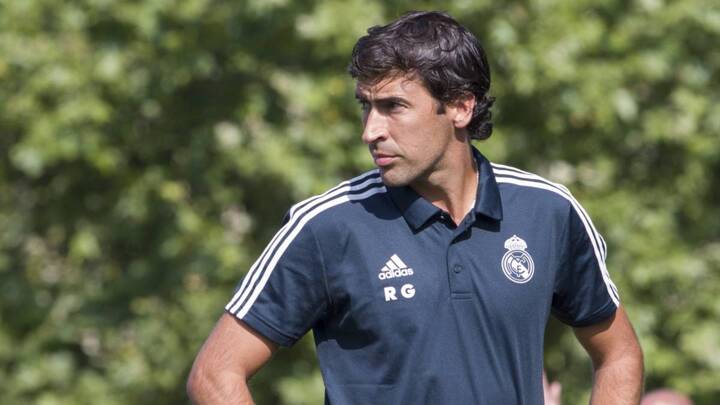 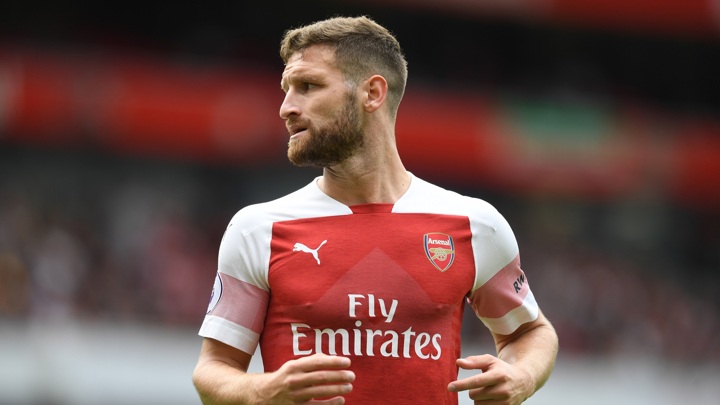 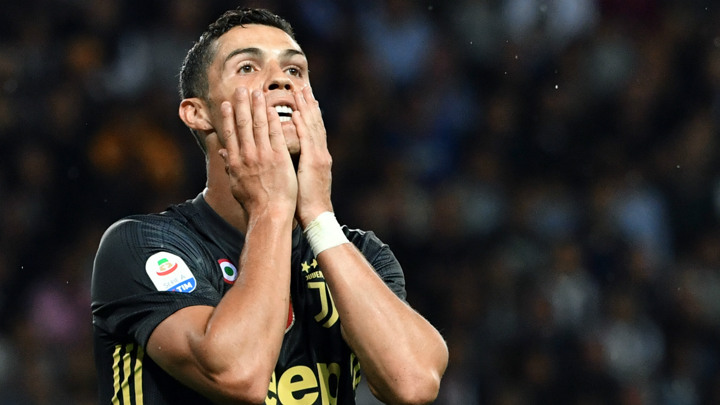 The 33-year-old may not have scored for Juventus in his first three games, but his team-mates are already in awe of his work rate and determination 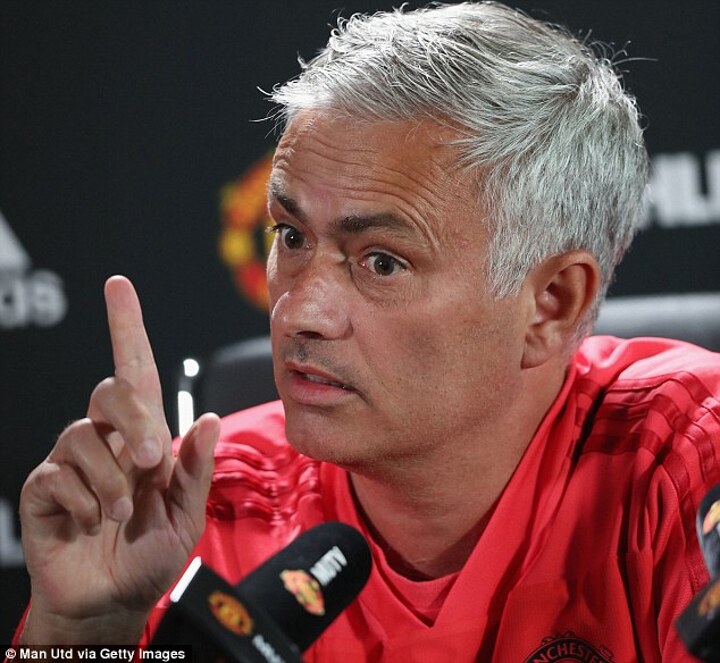 Ronaldinho: I'd have liked to play with Coutinho 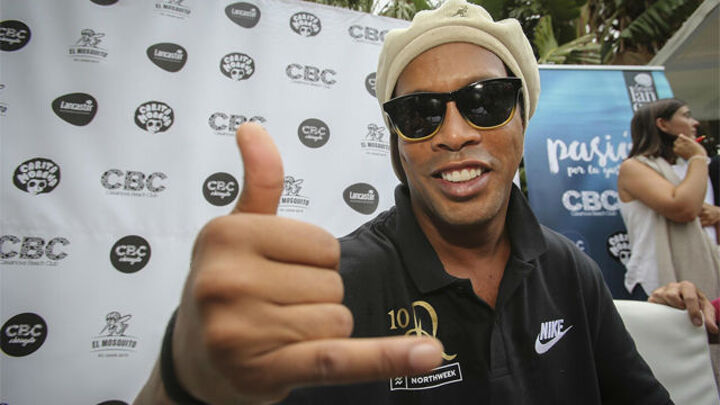 Ronaldinho is now 38, but he still has his own way of understanding life. It makes him an idol on and off the pitch. He arrived at Barcelona in 2003 and helped bring the club back to life after a bad spell. He has natural charisma, he was an artist and a leader. 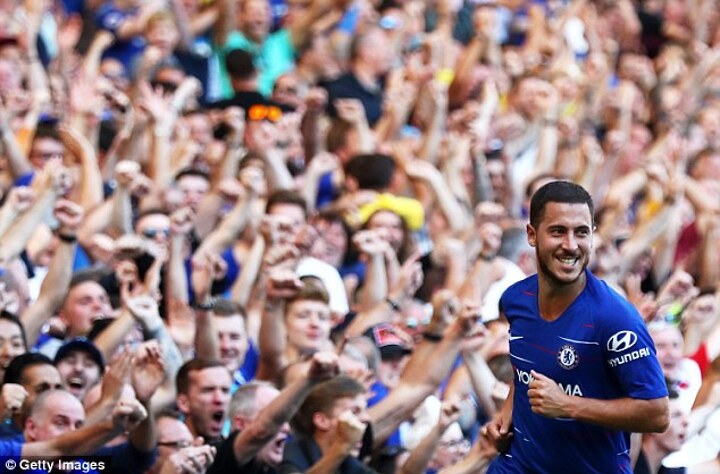 Eden Hazard is enjoying Chelsea having more possession under Maurizio Sarri and says he is happy at Stamford Bridge - for now. 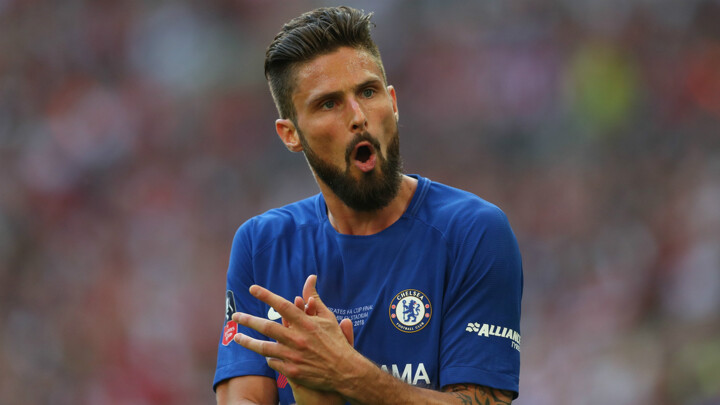 The France international has played only 40 Premier League minutes under Maurizio Sarri, but remains hopeful of a regular starting berth 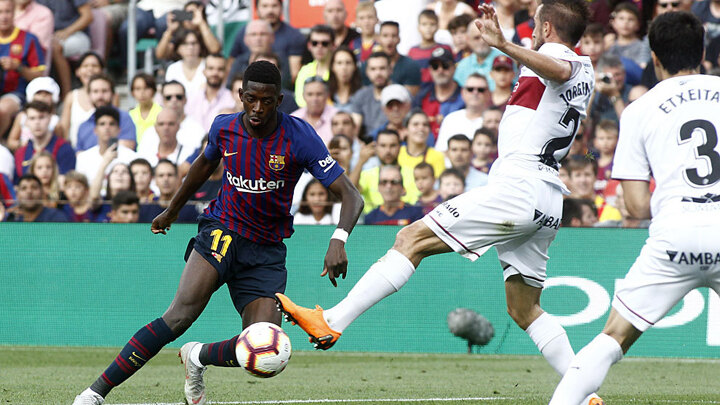 Barcelona head into the international break in triumphant form, having won their first three matches of the new LaLiga Santander season and having just defeated Huesca 8-2. 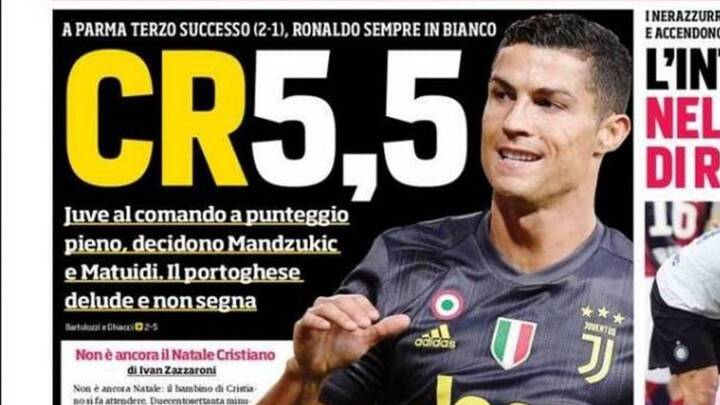 The sporting press in Italy have pointed to Ronaldo's lack of goals since joining Juventus and to his 5.5 score in Fantacalcio, the most average score a player can get. 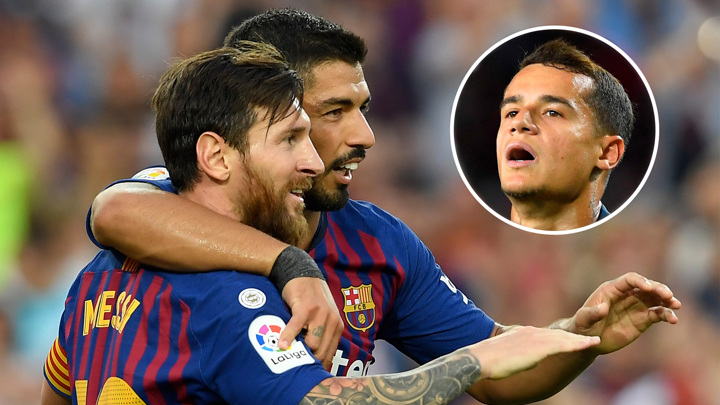 The Brazilian put in an outstanding performance as the reigning Spanish champions returned to the top of the table with an 8-2 victory over Huesca.

Barcelona balance their accounts in the transfer market 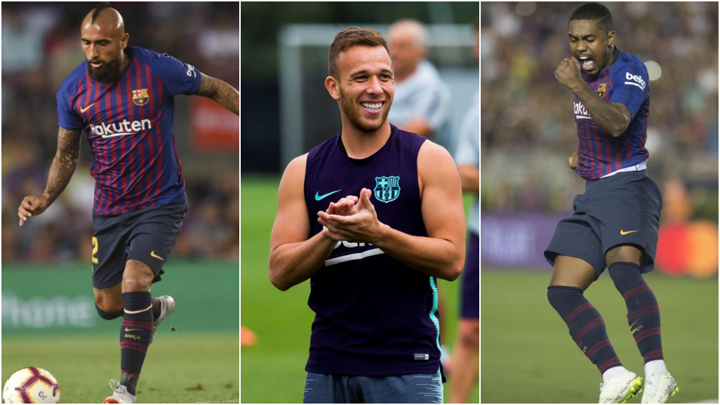 The closing of the summer transfer window has presented an interesting analysis of the work done by Barcelona's Pep Segura and Ramon Planes, with the Catalans balancing their books by not making any overly expensive signings while managing to strengthen their squad. 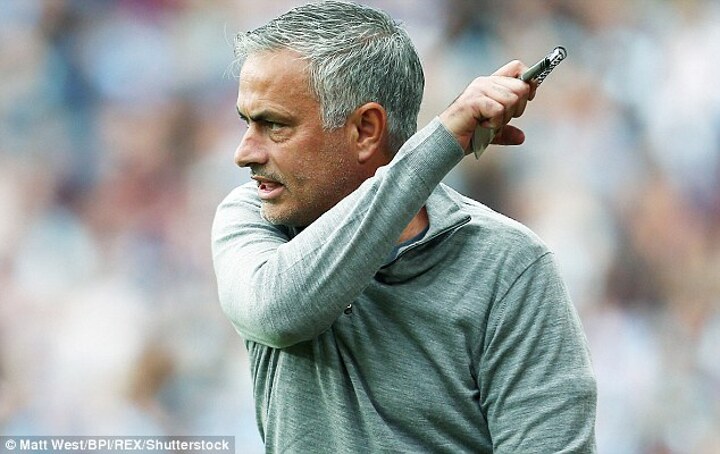 Manchester United's players weren’t the only ones in the pink at Turf Moor. This was a very good day for Jose Mourinho after what has been a wretched summer for him.

Aubemyang and Lacazette devastated when they clicked in Arsenal's front three 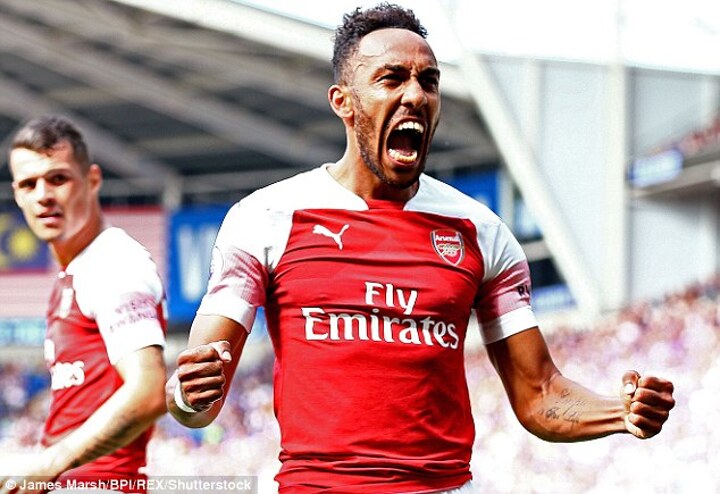 As Pierre-Emerick Aubameyang's delicious curling strike planted into the corner of the Cardiff goal, Alexandre Lacazette led the fist-pumping celebration as the Arsenal players cavorted towards their supporters.