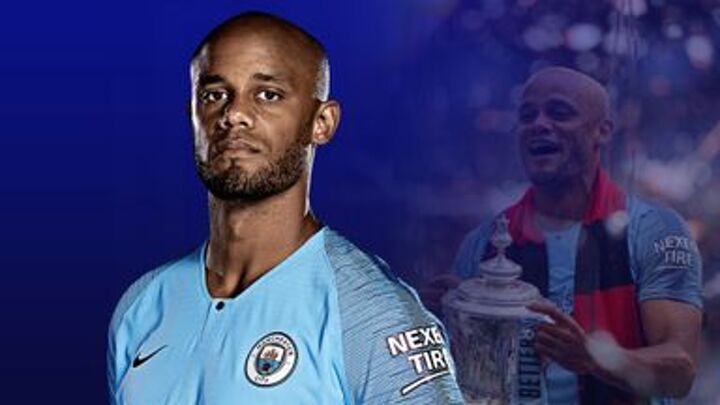 The former City captain and club legend will be able to shine a light on the inner workings of Pep Guardiola's defending champions as they take on the current Premier League leaders in a mouth-watering clash at Anfield.

David Jones will present the Super Sunday coverage, which kicks off at 1pm ahead of Wolves vs Aston Villa at 2pm before Liverpool and City lock horns at 4.30pm.

Neville will be alongside Martin Tyler for the big showdown, with Carragher contributing in-game analysis. The pair will then return to the studio after the match to dissect all the twists, turns and impacts of the contest alongside four-time Premier League winner Kompany, Mourinho, Keane and Souness.

It's set to be a crucial day in the Premier League title race and Sky Sports' stellar line-up of experts will be perfectly placed to scrutinise all the fallout.

Head of Football for Sky Sports Gary Hughes said: "We're delighted to have someone of the experience of Vincent Kompany as part of our team for Super Sunday. He's a winner of multiple trophies, and someone who knows Manchester City inside out and brings the experience of being involved in one of the greatest title races in the Premier Leagues history last season. Liverpool against Manchester City is one of the showpiece fixtures of the season and we can't wait to have Vincent as part of our expert team."