Frank Lampard takes his Chelsea side to Premier League champions Liverpool on Wednesday knowing there is a gulf between the two clubs. 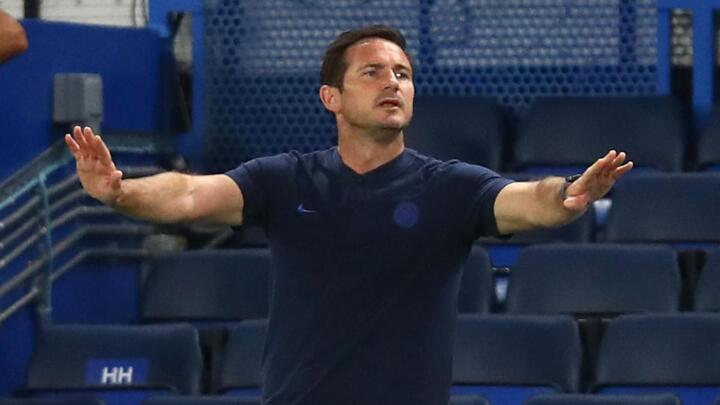 Chelsea are a long way from being serious Premier League title contenders, admits manager Frank Lampard. The Blues, who sit third in the table, visit champions Liverpool on Wednesday, when Jürgen Klopp's side will lift the trophy at an empty Anfield.

Chelsea need a win at Anfield to guarantee top 4 finish

Three seasons ago it was Chelsea who were crowned champions - for the second time in three years - but this time around they find themselves 30 points behind Liverpool with two games to play. A win would guarantee a top-four finish for the Blues, but Lampard acknowledged there is still some way to go for his squad before they can consider a title tilt.

Liverpool and City are in a different league to Chelsea

Asked how far behind Liverpool he thinks Chelsea are, Lampard told a news conference: "A long way. We have to be realistic about that as a club, as do many of the clubs. Themselves and Manchester City - particularly Liverpool and their league form this year - have shown an incredible consistency that only comes through hard work and sometimes through time, and fantastic players and coaching. We are at a different point in the curve. We have to look and respect that and work towards that. You're talking about probably the two best club teams in world football - up there with maybe a couple of others in European football. That's the difference. The points don't lie over the last few seasons. We're realistic but we have to have some strong targets and we want to close that gap."

Since the start of March, Chelsea have won nine of their past 11 games in all competitions, beating Liverpool, Manchester City and Manchester United during that run. But league defeats to West Ham and Sheffield United this month are an indication of the progress Lampard still feels his side must make.

"I think that's part of the story. I think it's probably more where we are at," he added. "Some days after a good result everything feels rosy and we have a team to take on everybody and a team the quality of Manchester United. And after Sheffield United everything's terrible. My job is to stay somewhere in the middle and see the longer game and work towards that. Inconsistency generally comes when teams are in a process. Liverpool weren't banging out win after win a few years ago. They've worked towards that. We have to understand where we're at. Fight against it, for sure, we have to try and replicate that mentality, quality and work ethic that we produced against Manchester United more. That will come with work, I strongly believe."