European giants Liverpool and AC Milan lock horns for the first time since the Italian outfit came out on top in the Champions League final 14 years ago. 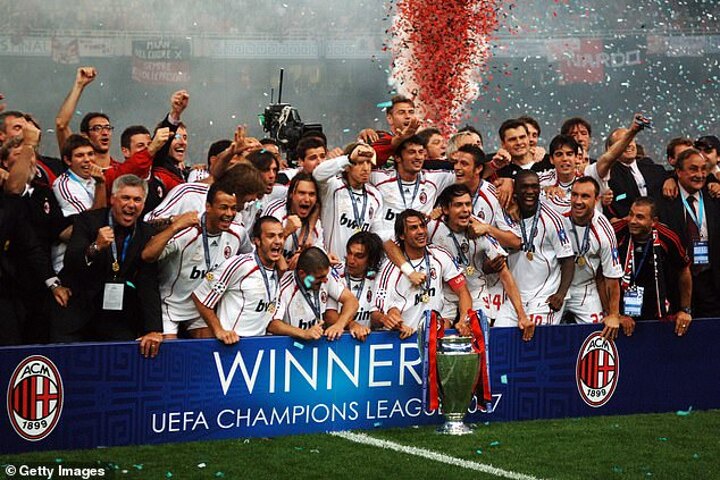 Milan exacted revenge for the miracle of Istanbul in 2005 as a Filippo Inzaghi brace claimed the club's seventh European title.

As Jurgen Klopp's side gear up for their curtain-raiser in this season's competition, Sportsmail takes a look at where the players who started their last meeting in 2007 have ended up...

The former Reds goalkeeper is still plying his trade, now at his eighth club. Prior to moving to Anfield he turned out for Barcelona and Villarreal and since departing in 2014 he's represented Bayern Munich, Napoli, AC Milan, Aston Villa and now Lazio.

He has played all three league matches so far this season - after appearing on the Spanish version of the 'Masked Singer' music show this summer. 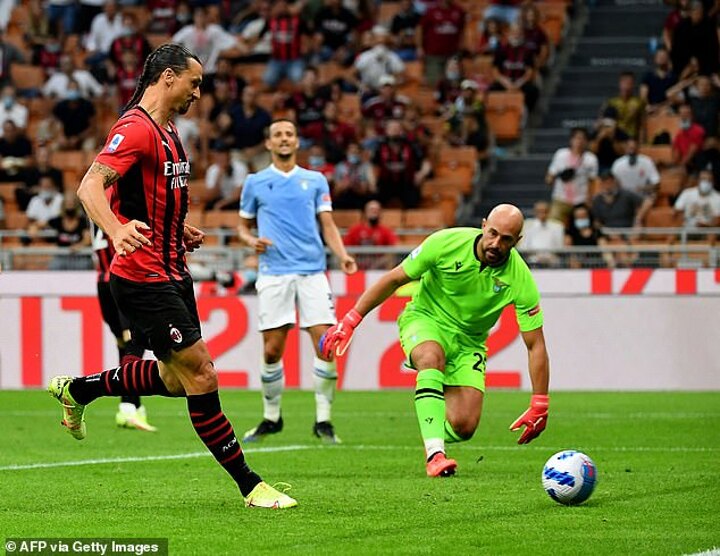 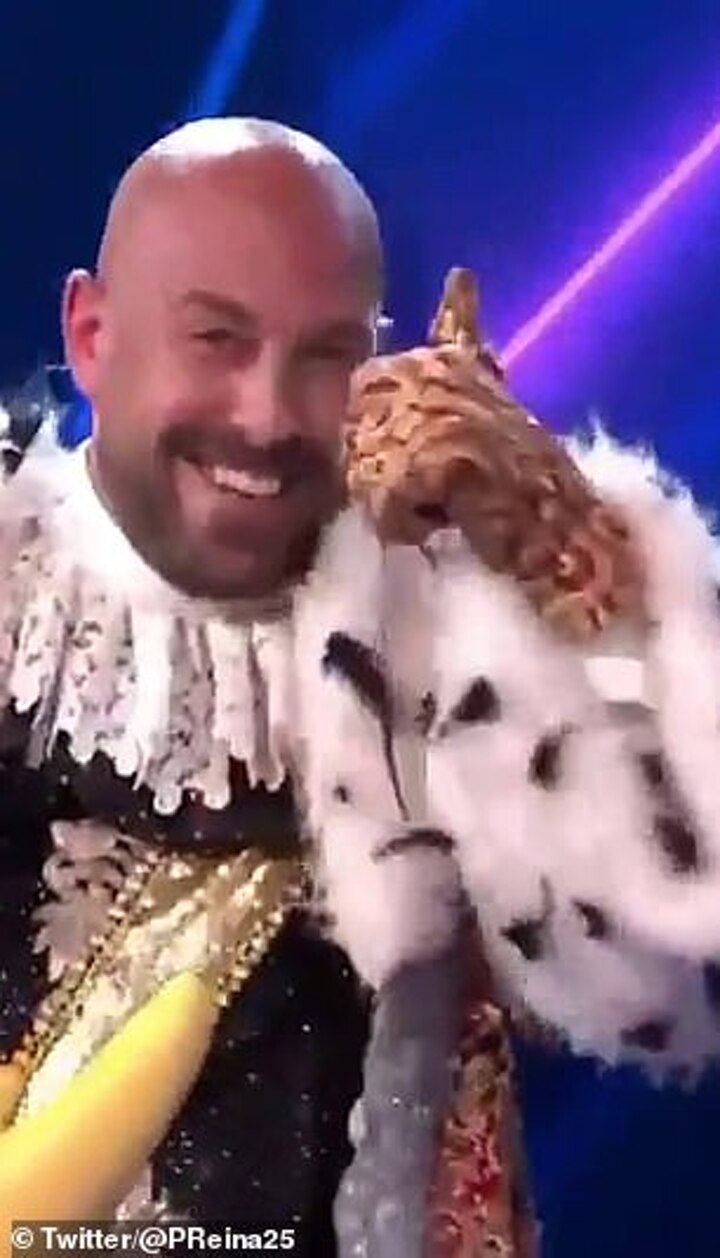 The 45-year-old made 145 league appearances for Liverpool between 2003 and 2008 following spells at Welling United, Birmingham, Notts County and Fulham.

After his Merseyside stint the former Republic of Ireland defender went on to play for Espanyol and Portsmouth. He is the only player to have played in the World Cup, Champions League, UEFA Cup, Intertoto Cup, all four tiers of the English Football League and the National League (formerly known as the Conference).

He's kept a relatively low profile since leaving the game but he sold his 2005 Champions League winner's medal for at least £12,000 as well as matchworn Liverpool shirts after his property development business 'went into liquidation'.

The Liverpool legend opted to go down the punditry rather than coaching route after retiring in 2013.

The 43-year-old and his former Manchester United rival Gary Neville aren't afraid to verbally joust on camera during Sky Sports' Premier League coverage but the pair strike a balance and complement each other with their analysis.

The former defender trained to become a tattoo artist after he was forced to retired at 31 in 2016.

Earlier this year he teamed up with ex-Everton man Lars Jacobsen to take charge of HB Koge in the Danish first division, penning a three-year deal following completion of UEFA A licences.

His side have picked up just one win from their opening eight league matches this season. 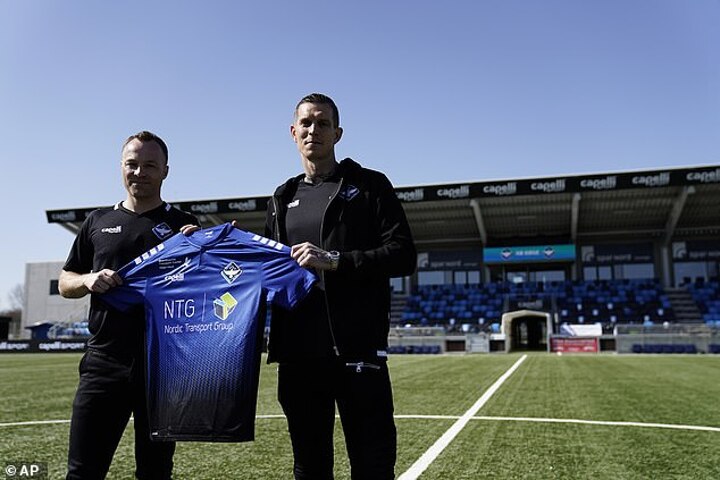 Since retiring from playing in 2017, the ex-left back has become a keen skier.

He debuted at the Birken Ski Festival in his homeland of Norway in 2018 and regularly shares photos of himself on the slopes with his family.

He also spent a very brief period as sports director of Maltese club Birkirkara but resigned after less than three months.

The midfielder hung up his boots at Bayern Munich four years ago and went down the coaching route to Real Madrid's youth academy.

He returned to where he began his senior playing career - Real Sociedad - in 2019. That's where he remains - managing their reserve team as he aims to gain managerial experience.

After 94 league appearances for Liverpool, 147 caps for Argentina and an impressive eight-year stint at Barcelona, the tough midfielder retired last November.

His next step in football, if he opts for that route, has not been revealed as he enjoys some downtime following a successful career.

The former wideman played for 15 different clubs over a career spanning 19 years, including Arsenal and Leeds as well as three years on Merseyside.

After calling time on his playing days Pennant moved into television and radio punditry.

Last year the 38-year-old apologised for his 'below par performance' after being removed from Sky Sports News' transfer talk segment with fans on Twitter suggesting he was drunk. He denied claims on social media that he had been out the night before his TV appearance.

Sky Sports confirmed to Sportsmail that the decision was taken to pull Pennant from the programme 'because his performance on-air failed to meet our production standards.'

The ex-winger, who played for Chelsea and Middlesbrough as well as Liverpool in English football, served as Chelsea's assistant boss when Rafa Benitez took over at Stamford Bridge nine years ago.

He continued his coaching career in his native Holland, working at boyhood club PSV Eindhoven and currently finds himself as part of manager Roger Schmidt's backroom team.

The Liverpool legend started out on his coaching journey within the club's youth setup and led their Under-19 team in the 2017-18 UEFA Youth League.

After cutting his teeth in management back on Merseyside, he took over the reins at Rangers in the summer of 2018 and guided them to their first Scottish Premiership title in a decade last season, ending Celtic's dominance in the process.

His side are at the summit once more as he looks to secure back-to-back titles. 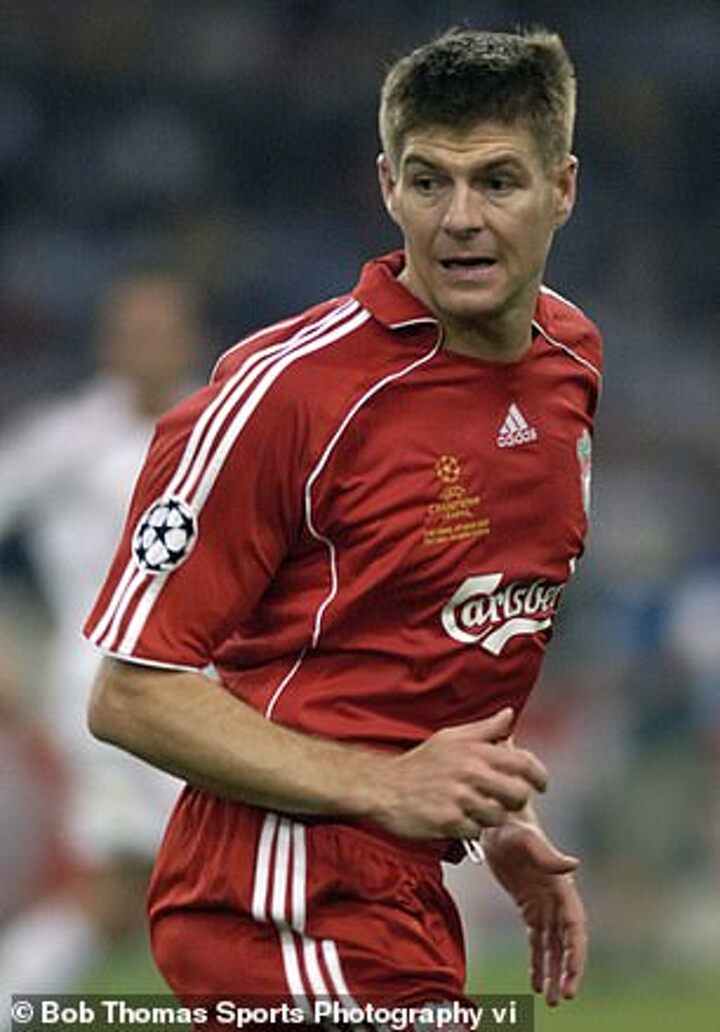 The 41-year-old joined Turkish giants Fenerbahce from Liverpool in 2012 and eventually called it a day six years later.

He opted to pursue a path in coaching, working as assistant manager at Dutch outfit Quick Boys before enjoying a two-year stint as Feyenoord's U19 boss. He left the post earlier this year looking for a new challenge.

The Brazilian, who won two Champions Leagues at Milan, joined their first-team backroom staff as a goalkeeper coach last season.

He worked with the highly sought after Gianluigi Donnarumma as Milan finished runners-up to rivals Inter, before the Italian goalkeeper swapped Italy for France and joined Paris Saint-Germain this summer.

The former Milan, Lazio and Napoli right back took three years out of the game after hanging up his boots in 2012.

He then began his route into management, starting at Pescara before moving onto Udinese, Crotone and Perugia in Italy.

The 45-year-old returned to Pescara in August 2020 but was dismissed three months later after picking up just four points from a possible 27.

The former defender's first foray into management was at Miami FC in the North American Soccer League but he left after two years.

The Italian returned to his homeland to manage Perugia three years ago but again  his stay was relatively short, quitting in May 2019 to take a job with Frosinone a month later.

Nesta was sacked from that role in March this year following a string of poor results that left them 12th in Serie B and is now waiting in the wings for his next job.

Maldini is very much a key figure behind the scenes at the San Siro, helping to shape AC Milan's football vision in his role as technical director.

He works with agents and intermediaries to negotiate transfers and bring players to and from the club, as well as having an influence over the team's tactical system and personnel.

Maldini's influence is clearly working as they sealed a return to the Champions League. 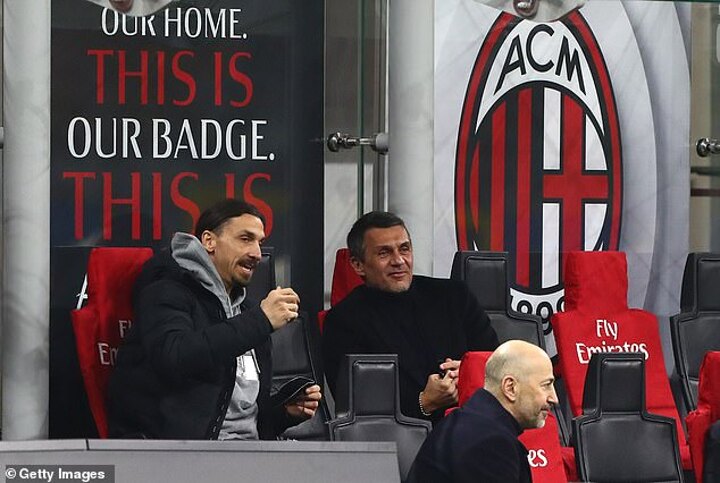 He earned 78 caps for the Czech Republic and made 113 league appearances for Milan in a six-year spell.

Jankulovski returned home to play at his boyhood club Baník Ostrava but only managed one match due to injury. He's been out of the game since.

He enjoyed spells at Sion, Palermo, OFI Crete and Pisa before returning to the San Siro to manage the club's youth team in May 2017.

He was thrown into the spotlight, taking the main hotseat just six months later after Vincenzo Montella was dismissed. Gattuso left by mutual consent following one full season at the helm.

Another six months on and Gattuso replaced his former Milan boss Carlo Ancelotti at Napoli and guided them to the Coppa Italia in 2019-20. However he departed at the end of the last campaign following failure to qualify for the Champions League and is yet to return to the dugout. 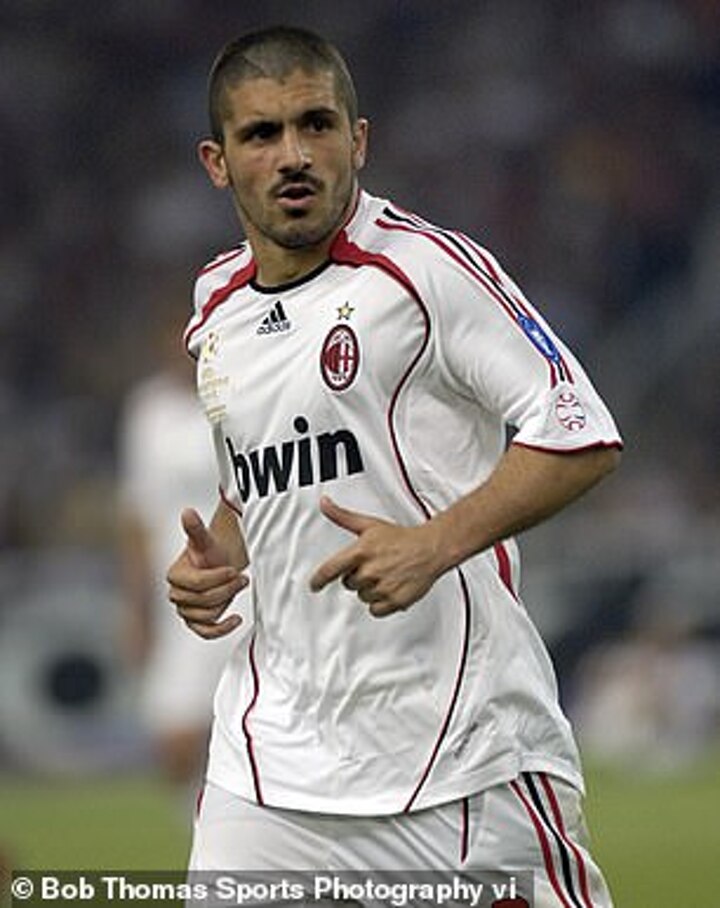 After an illustrious midfield career, the 42-year-old became Juventus' Under 23s manager in the summer of 2020 but was thrown into the deep end only nine days later.

Pirlo was tasked with the No 1 position to replace Maurizio Sarri but he failed to guide them to another Serie A title and suffered defeat in the Champions League at the hands of Porto. As a result he was sacked at the end of the season and remains out of work. 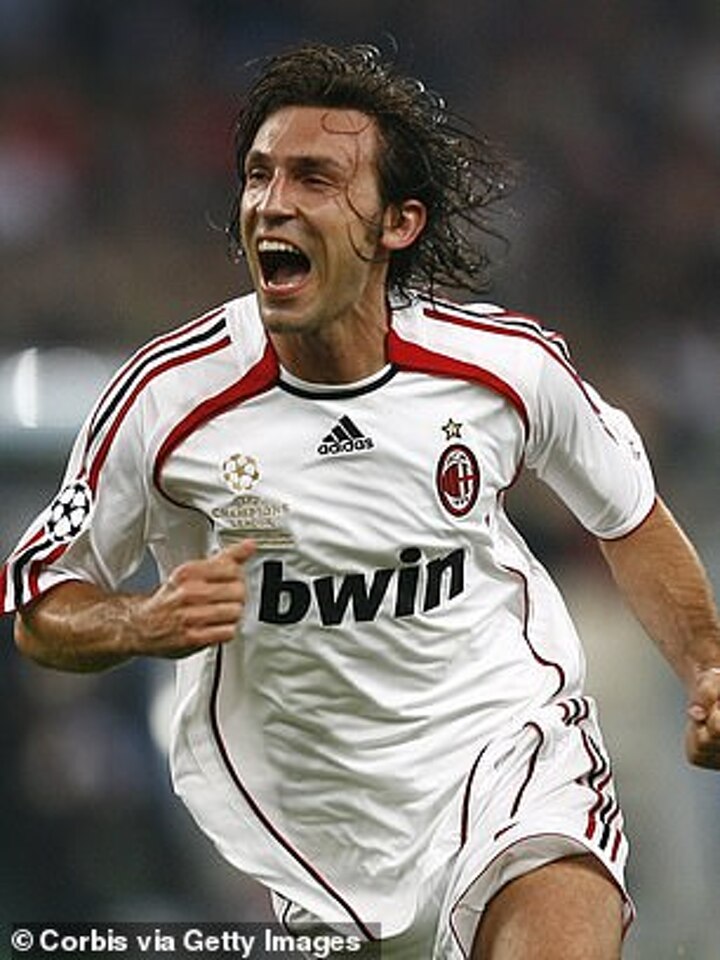 The former midfielder now carries out media commitments in his native Italy.

Like Gattuso, Seedorf was another Milan legend called upon to help as manager with the club sitting 11th in the Italian top flight.

He did produce an upturn in results but he was given his marching orders just four months later after Milan took 35 out of 57 points with legendary striker Filippo Inzaghi named as his successor.

Seedorf, who exuded class as a midfield maestro, continued his managerial path at Shenzhen in China, fallen Spanish giants Deportivo La Coruna and then the Cameroon national team - a role he was sacked from in July 2019 following a dismal Africa Cup of Nations showing. 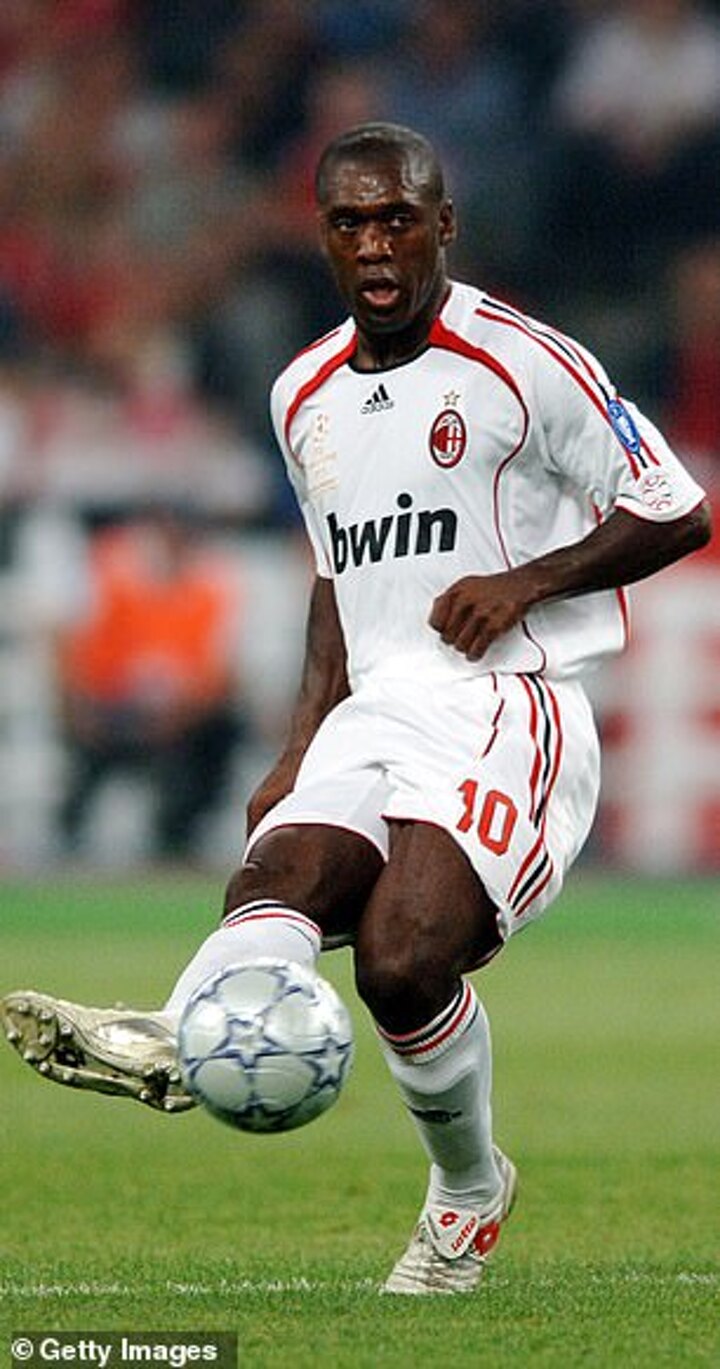 The Brazilian superstar called time on his playing career five years ago but he showed he's still got it with a surprise appearance for a six-a-side team in London.

The 2007 Ballon d'Or winner helped Reach Out FC beat Hackney Wick 4-2. He ignored one of his temporary team-mates to smash the ball into the net on the hallowed turf of Haggerston School in Hoxton.

Although the former Milan superstar was nutmegged by warehouse worker Jamil Farid, who had arrived at the match direct from a night shift.

That was his most recent public football appearance but will it be his last? 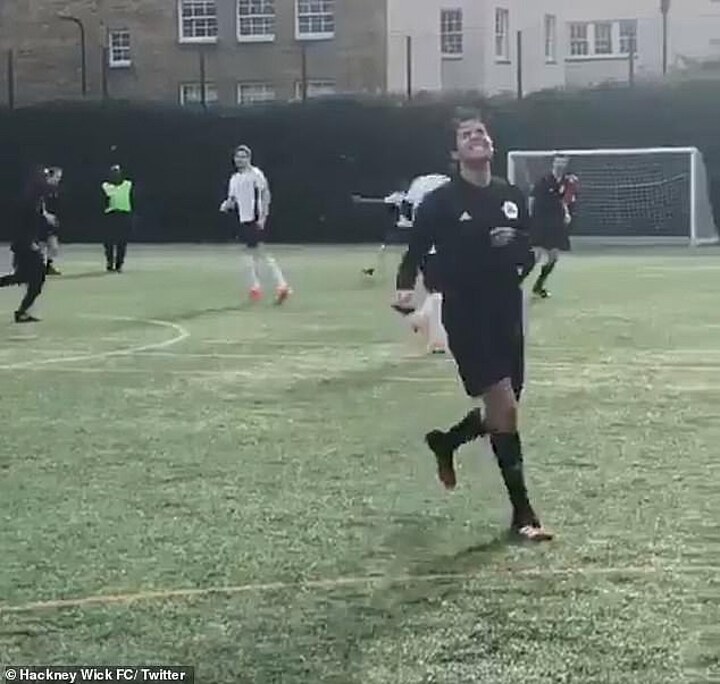 The 48-year-old was part of the Milan youth coaching set-up before replacing Seedorf at the helm but was let go in June 2015 after winning 14, drawing 13 and losing 13 of his 40 games in charge.

After a year away he then led Venezia to Serie B before moving onto Serie A outfit Bologna in June 2018 and 12 months later he was at Benevento and took them to Italy's top division.

Inzaghi failed to keep them in Serie A and consequently at the club. However he wasn't out of work for long as he took over the reins at Serie B's Brescia in June. 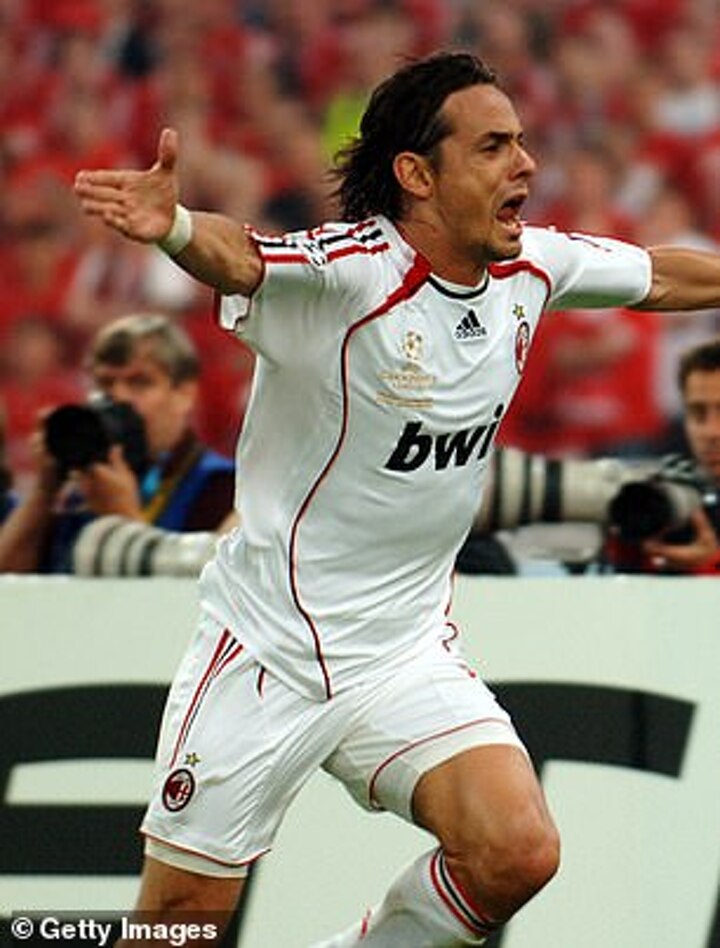