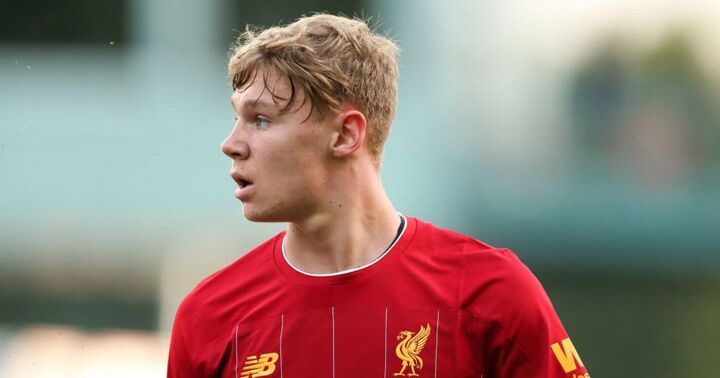 The 18-year-old striker, who scored 28 goals for the Reds U18s side during the 2018/19 season, sustained a serious knee injury while playing for the first-team against Tranmere Rovers on July 11 in pre-season.

Jurgen Klopp made the decision to reward the frontman's excellent form by bringing him up from the Academy to Melwood during pre-season and that is where the youngster is currently undergoing rehabilitation for his knee injury which looks set to keep him out for the season.

Highly-rated Glatzel signed the a deal today at the club's training ground.

"It's a great feeling obviously," he told the club's official website.

"I was disappointed to get my injury at the start of the season, but it's a great feeling and it shows that the club has got faith in me. Now I can just focus on my rehab and get back on the pitch.

"I've been at the club for so long and I just want to keep going and see where it takes me. Hopefully I can crack on now and keep going. The contract makes it easier.

"Mentally, it's good to be able to focus on the rehab and know that there's people that have faith in me and they know I'll come back from my injury stronger and I'll be ready when I'm back on the pitch."