Zinedine Zidane has a reputation for occasionally leaving it very late to tell his players who is in and who is out. 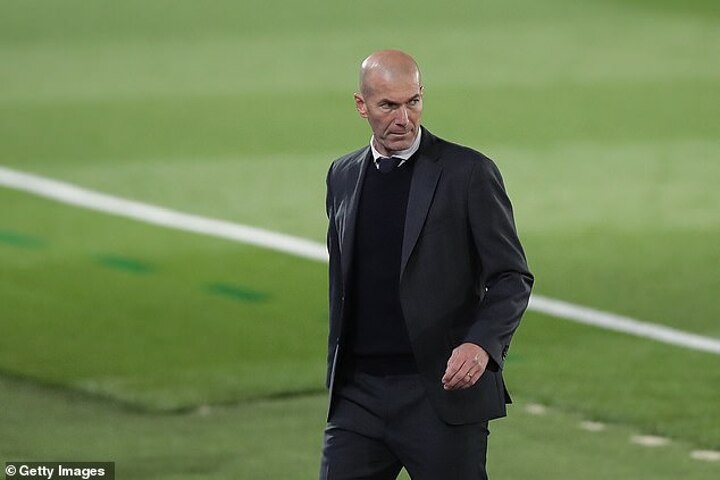 He had two teams picked for the second Clasico of the season last month and opted for one over the other when Barcelona’s XI dropped first and he saw they were playing just two up front.

The side he picks to face Chelsea might be just as late a call as he waits to decide on the readiness of four players who would all definitely start were they 100 per cent but who all go in to the game in various stages of recuperation. 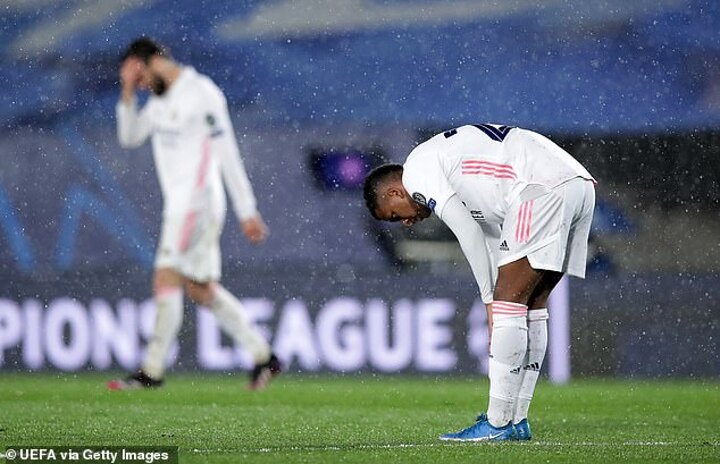 Eden Hazard, Sergio Ramos, Ferland Mendy and Fede Valverde were all on Tuesday morning’s delayed flight out of Madrid to London but no-one knows for certain if they start. And with the team selection up in the air Madrid supporters find themselves unsure of whether to believe the 13 times winners can win their first ever competitive European game at Stamford Bridge and make it to the Istanbul final.

Hazard impressed in the first half against Osasuna at the weekend before fading in the second period and being replaced on 72 minutes. He has had no reaction to the calf strain that had kept him out for the second half of March and almost all of April but as has been the case since he joined the club, not being injured is not necessarily tantamount to being fit. Zidane has decided to use him on Wednesday but the big dilemma remains as to whether it’s from the start or off the bench.

Madrid supporters are clinging to the hope that he will finally produce something like his old Chelsea form against his former club. 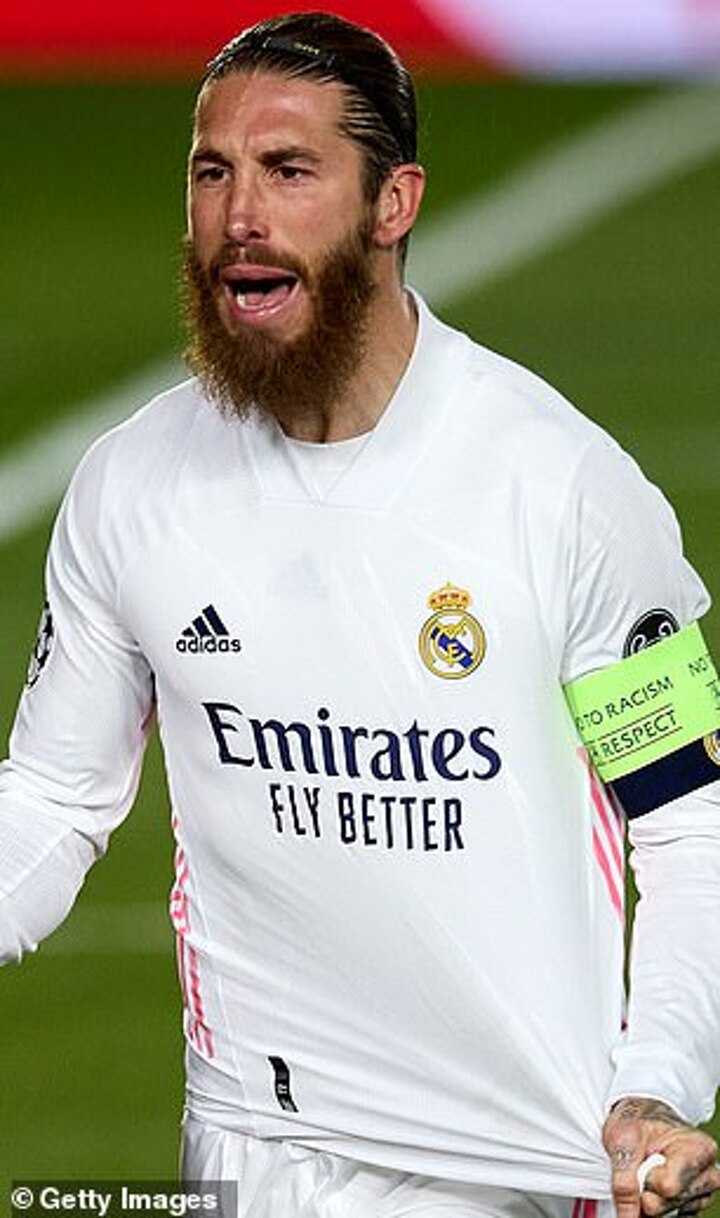 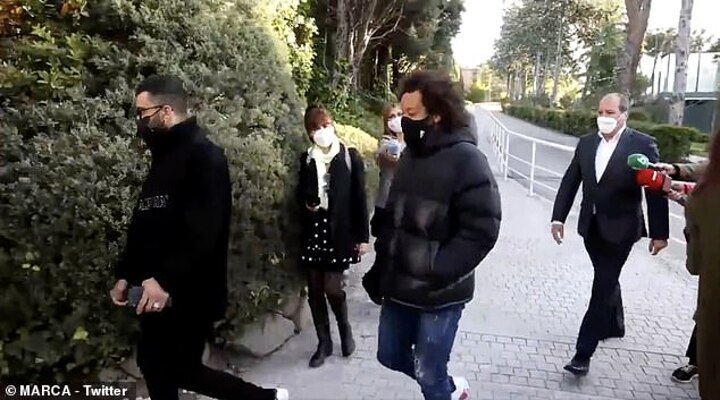 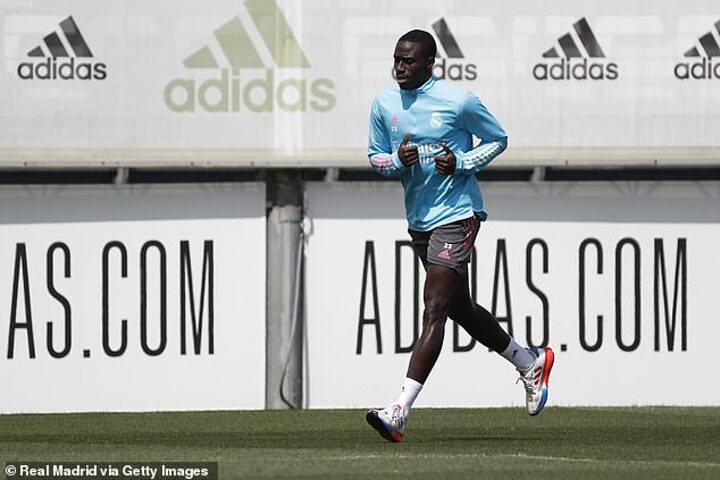 One Diario AS columnist on Tuesday even invoked the spirit of a 22-year-old Nicolas Anelka who flopped when he signed for £23m in 1999 from Arsenal but temporarily came alive for them scoring in both semi-final legs against Bayern Munich to put them in the 2000 final they won.

At times Hazard’s laid-back attitude has been interpreted as him not caring about his lack of game time at Madrid but in Zidane he has always had a kindred spirit and everything points to him giving the Belgian his start if he assures his manager he is ready for it.

Ramos’s starting berth will have to depend on a little more than him just insisting he’s ready. In the league and Champions League he has only played three games all year and has not appeared since March 16 against Atalanta in the last-16. 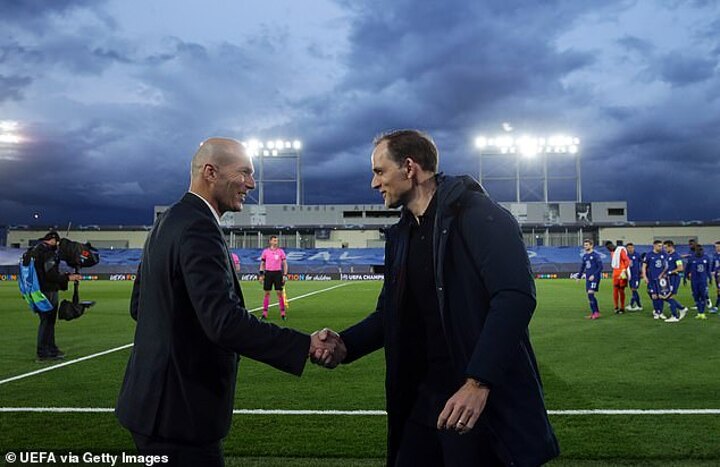 He’s had a knee injury, a coronavirus positive and a calf injury, and all against a backdrop of a contract stand-off that still leaves him at odds with the club and just weeks away from leaving on a free because they are only offering him a one-year deal instead of two.

All this might normally make him a definite non-starter but Zidane is without Raphael Varane and there are concerns about right-back Alvaro Odriozola who is third choice behind injured pair Dani Carvajal and Lucas Vazquez.

If he settles on a back four, Zidane would be happier with Nacho shifted to right-back – that would mean Ramos would have to play next to the outstanding Eder Militao.

Zidane could also play a back five as he did in the first leg, protecting Ramos somewhat by playing him in a three with Nacho and Militao. Odriozola would then be less of a liability as a right wing-back, and Marcelo or Mendy would play at left wing-back.

Of the four doubts, Mendy looks the most likely to start having recovered from a calf strain. He has missed the last five games but even if Zidane sees some risk he is likely to take it rather than play with Marcelo who was at least spared his civic duty of manning one of the polling booths in Madrid on Tuesday and released to travel with the squad.

Madrid’s dynamic midfielder Valverde was also on the flight. He hasn’t played 90 minutes in the league since March but did come back from an ankle problem to play the full game against Liverpool.

He was immense at Anfield and he’s a player that Zidane trusts and someone whose natural level of fitness is usually such that he doesn’t need to build up his minutes gradually.

How his recent coronavirus positive has affected him will be the key. If Liverpool in the last round is a guide, and if quarantine has not taken too much out of him he should start.

It's his biggest team selection of the season and the fact that Zidane has no shortage of options will not make it any easier.