Manchester City are willing to let goalkeeper Aro Muric go out on loan next season. 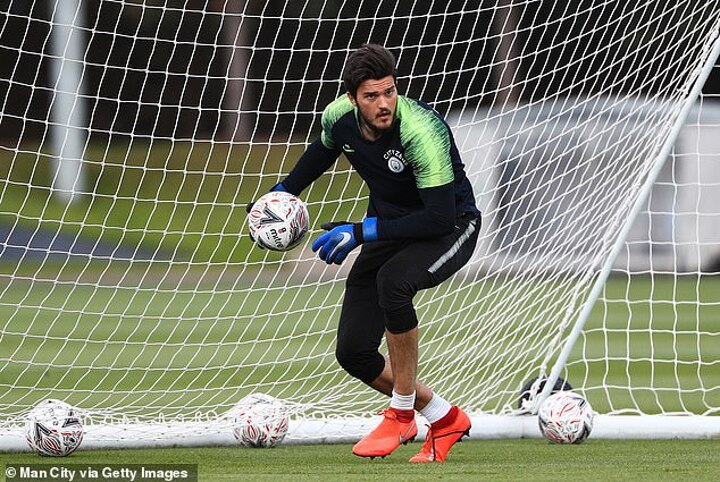 The 20-year-old is a target for a number of clubs including Championship side Nottingham Forest whose manager Martin O'Neill and goalkeeping coach Seamus McDonough travelled to Bulgaria on Monday to watch Muric play for Kosovo.

Fit again Claudio Bravo is expected to resume as under study to City No 1 Ederson.

He went out on loan to Eredivisie side NAC Breda last summer but was recalled by City after just one game following an injury to Bravo saw them in need of back-up to Ederson. 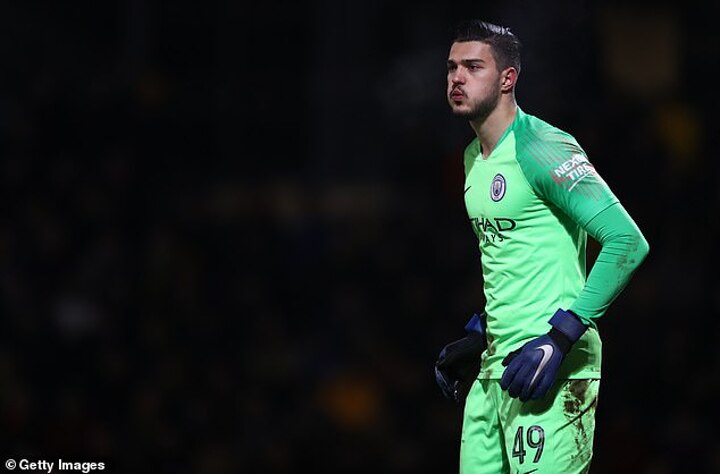 City boss Pep Guardiola is said to have been impressed with Muric and he is likely to receive a new contract from the club given his current deal expires in 12 months.

Muric played his part in the EFL Cup this season, making five appearances and producing heroics in a penalty shoot-out against Leicester at the King Power Stadium back in December.

But with Ederson not in any danger of being dislodged in the near future, City feel comfortable allowing Muric to seek more experience out on loan with Bravo fit enough to be the understudy.