Manchester City fans have defied social distancing guidelines to welcome their team bus to the Etihad ahead of the second leg of their Champions League semi-final with PSG. 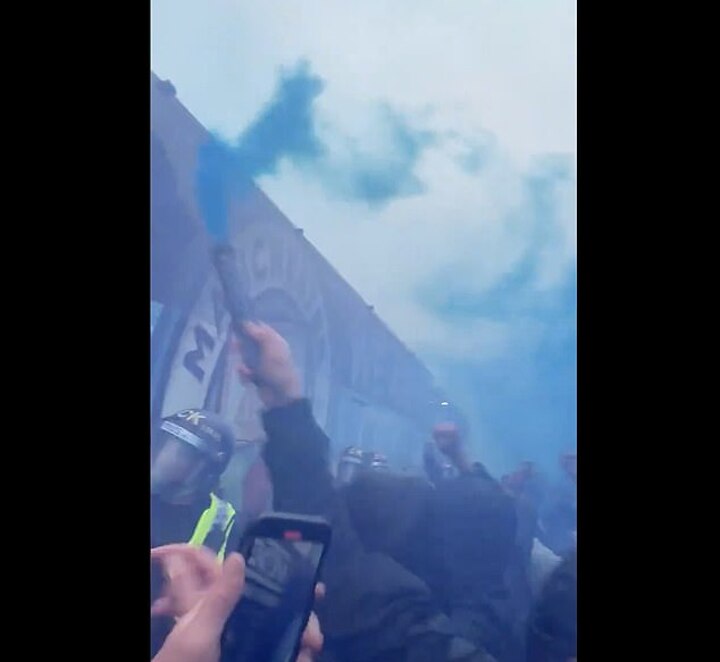 Supporters congregated outside of the Etihad stadium in support of Pep Guardiola's men - who head into the game leading 2-1 on aggregate.

Fans were seen drinking and letting of flares as they chanted in support of the home side.

Hundreds of supporters gathered outside of the stadium ahead of their Champions League clash on Tuesday night.

The fans were not wearing masks or socially distancing as they sang and chanted along the street as they welcomed the team bus to the ground.

Police wearing riot gear were seen walking alongside the bus as they encouraged fans to keep their distance.

Manchester City will be raring to go against PSG as Guardiola rested a number of his players this weekend at Crystal Palace.

City could progress to the final with just a draw or even a 1-0 defeat, but Guardiola is adamant that his team will look to win.