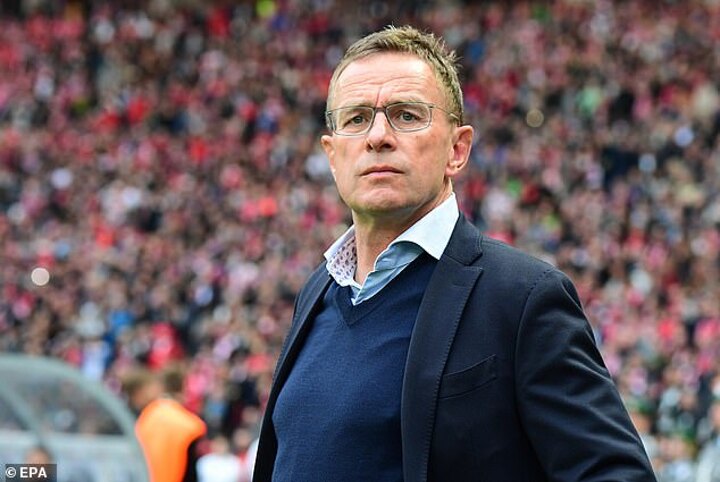 United explained after sacking boss Ole Gunnar Solskjaer that they were targeting a coach for six months before hiring a permanent successor in the summer and that has transpired with Rangnick closing in.

News of his imminent appointment was warmly received on social media with fans describing it as 'immense' and the start of a 'new era'.

'We've acquired one of the best footballing brains in the business in Ralf Rangnick, this is huge,' one fan-page wrote.

'Not only will he take charge for the next 6 months, he'll then move up into an alternative capacity role, similar to that of a director. A step in the right direction.'

'He's one of the reasons why football tactics are the way they are these days. He's a tactical genius.'

Rangnick, who was nicknamed the 'Professor' during his early managerial career in Germany, has established a reputation as one of the finest footballing brains in the sport.

United had lost a playing style and identity under Solskjaer, which ended in a humiliating 4-1 loss to Watford, and fans are thrilled at the prospect of better football.

'Ralf Rangnick has a great reputation to build teams from the core,' one fan wrote.

'He's a hard working press offensive manager. Manchester United team will be very exciting & sight to behold. We shall rise above the ashes into the limelight. A new era has begun. We ain't here to take part.'

Another overjoyed fan added: 'He is a master of improving people - not just players. Having him in the building makes every single person better.' 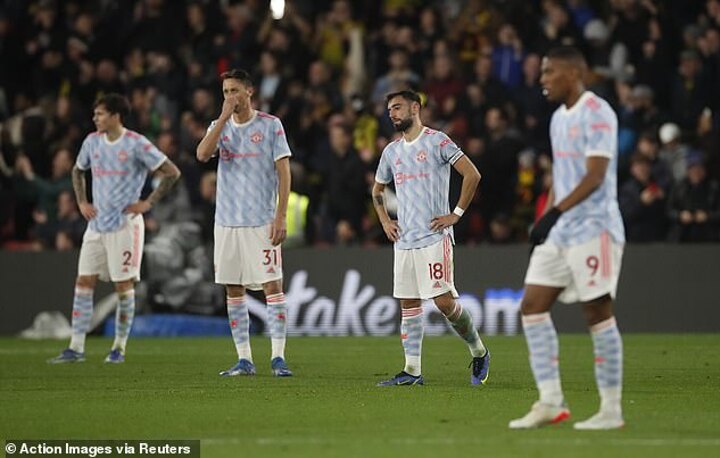 Plenty of players at United are in need of fresh coaching as they look to improve on a below-par start to the season which has left them eighth in the Premier League, 12 points off leaders Chelsea.

United have often looked lethargic out of the ball, with Cristiano Ronaldo among those pressing least across the entire league.

There are also real concerns over the solidity of the midfield with Fred and Scott McTominay two that find themselves under the microscope.

As well as waxing lyrical about Rangnick's tactical qualities, social media also had a bit of fun when news dropped that an agreemeent had been reached.

Using a GIF of Ralph Wiggum from the Simpsons, one fan looked to explain how Fred fits into United's midfield. In the GIF Ralph, representing Rangnick, is placing an egg into a basket but there is a hole in the bottom. 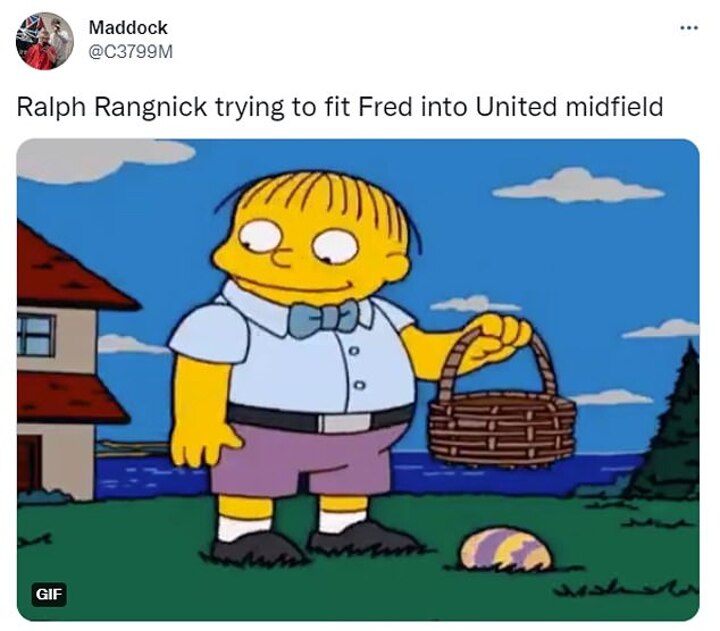 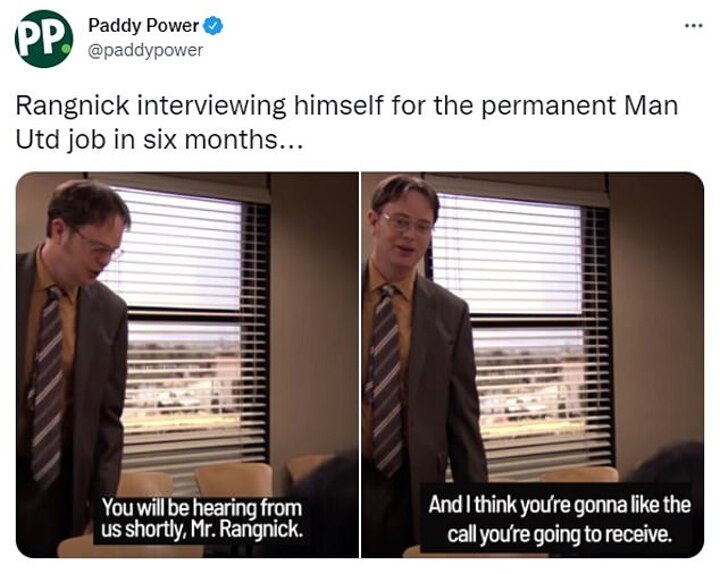 Others made fun of the fact that in six months, Rangnick is set to move upstairs in a consultancy role and will no doubt have some sway on who the next manager is.

Using a scene from the hit sitcom series The US Office, Dwight Schrute is in a job interview.

In the mocked up images it is a scene whereby Rangnick is interviewing himself for the permanent job in the summer.

'You will be hearing from us shortly, Mr Rangnick,' it reads. 'And I think you're gonna like the call you're going to receive.' 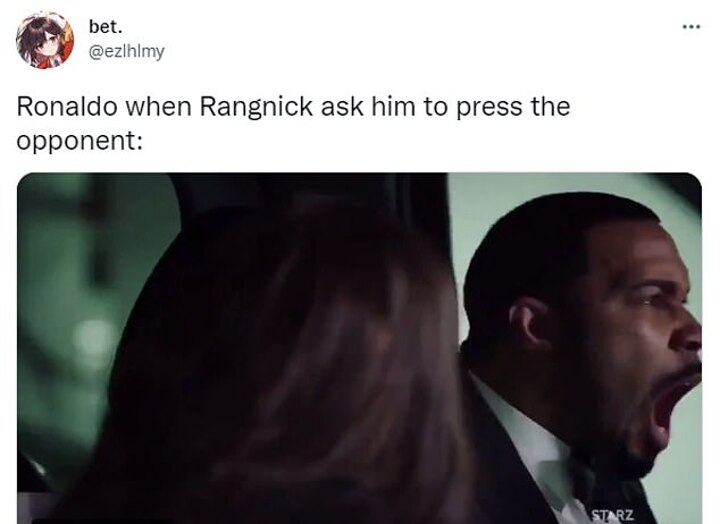 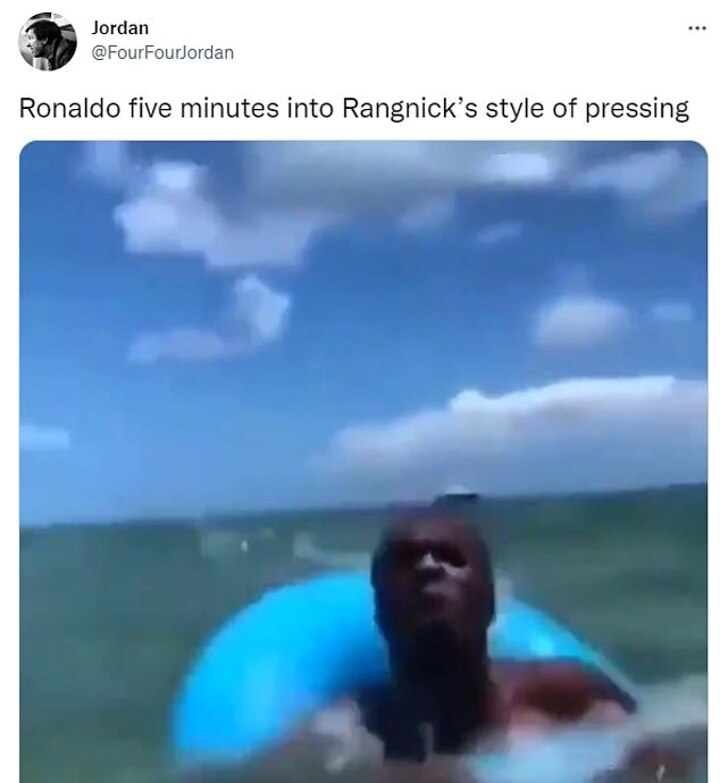 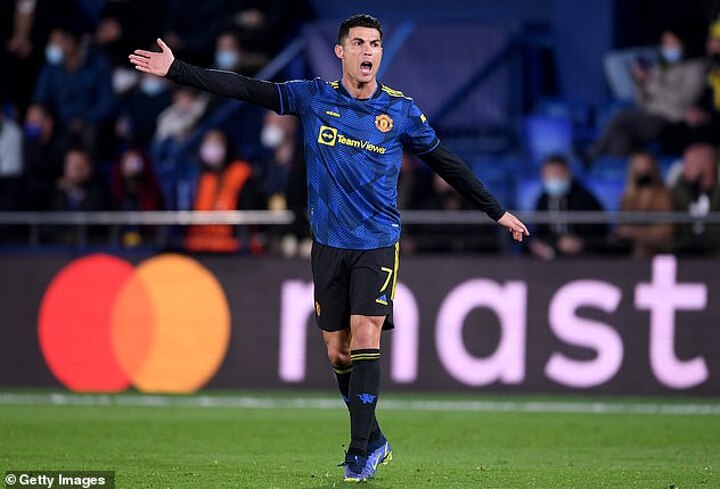 Gegenpressing and high-intensity football is absolutely central to Rangnick's plan and many have already doubted whether Ronaldo will be able to exist in such a regime.

Fans used GIFs of people screaming and another of a video of a man nearly drowning to take aim at the struggles many believe Ronaldo will face in adapting to the new style.

Ronaldo was deemed 'too old' for Rangnick back in 2016 while he was at RB Leipzig and it will be fascinating to see how the German works with the Portuguese attacker.