Michael Knighton has backed Sir Jim Ratcliffe to become the next Manchester United owner. Talk of the Glazer family selling up after almost two decades continues to dominate the headlines at Old Trafford. 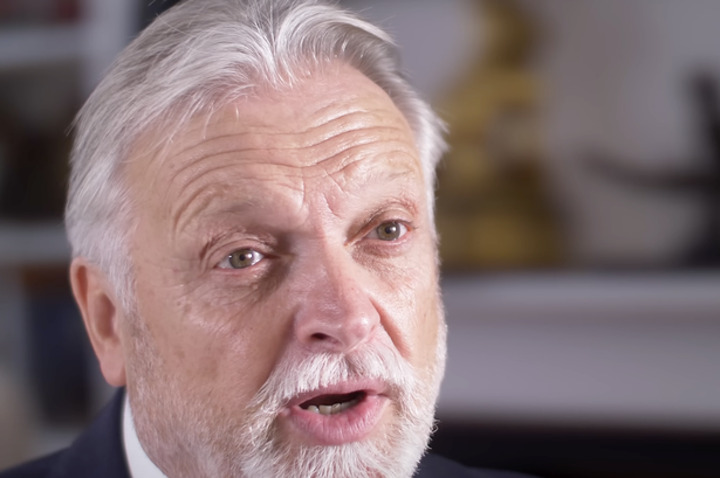 The former United director announced he was drawing up a bid for the club in August this year, before insisting the bid was 'moving forward' just a month later. But following the news that the club's current ownership announced they will consider “new investment, a sale, or other” potential transactions earlier this week, Knighton has now pulled out of the running.

Reports have suggested Ratcliffe - a multi-billionaire listed as one of the UK’s richest men - will bid to buy the Red Devils and Knighton has now backed the OGC Nice owner to take over at Old Trafford as well. Former board member Knighton - who had a £20million bid to buy United accepted in 1989 but failed to complete the deal - believes super-rich Ratcliffe’s level of wealth makes him the perfect candidate to take the club on going forward.

Knighton told BBC Manchester: “I've been calling on the current owners to sell their shareholding. I’ve been unhappy with the business model they set up in 2005, with this highly-geared, leveraged buyout, using the club's assets to buy the club and lumbering it with this enormous debt.

“So I'm delighted that they have finally finalised their time is coming to an end. I’m sure all the supporters will be (too). For three years, I never took one halfpenny out of Manchester United, not even in expenses. I hope the new owners that come in will also have that philosophy.

“This is why I've been championing the cause of Sir Jim Ratcliffe because he's already gone public and said I don't need to take any money out of any football club that I own. He earns enough from a highly-successful business.”

However, Knighton ruled out suggestions he could buy the keys to Old Trafford. In August, the 71-year-old - worth estimated at £5.8million - slammed the Glazers as “useless” and revealed his desire to form a consortium.

Three months on, Knighton has insisted his heart remains with United but he no longer wishes to take centre stage. The former director added: “I would be very surprised if someone comes in, at any significant level, to be a minority shareholder. That wouldn't make sense to me. If you're putting £1billion pounds in… no one is going to do that.”

“My blood will always be read because of my involvement with that football club. But do I want the director? No. Do I want to be in front of the camera? No. I just want proper football people who care about the soul of Manchester United. It's still the most magical football club in the world. Who's going to come in? Ultimately, I just don't know. I'm hoping and praying it will be Sir Jim Ratcliffe or someone similar.”