Jose Mourinho bemoaned missed chances and a lapse at the back while Pierre-Emile Hojbjerg questioned his Tottenham's bravery as they lost ground at the top of the Premier League. 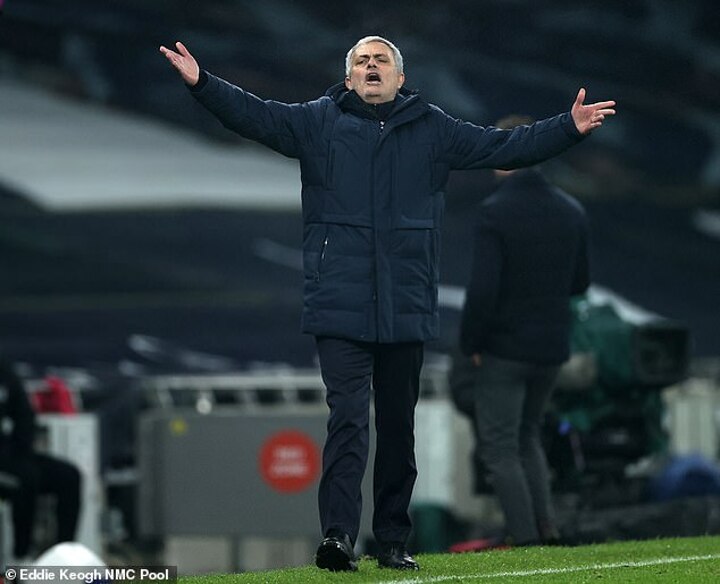 'Very disappointing,' said Hojbjerg after a late equaliser by Ivan Cavaleiro earned Fulham a draw at White Hart Lane. 'We have to do better in a couple of aspects of the game. More bravery, more focus in terms of organising the team and being solid as a team.

'That doesn't mean you have to stand in your own box and defend, it means the team is compact, the team is close to each other. I had a chance, I had to score. There are many details we have to do better. 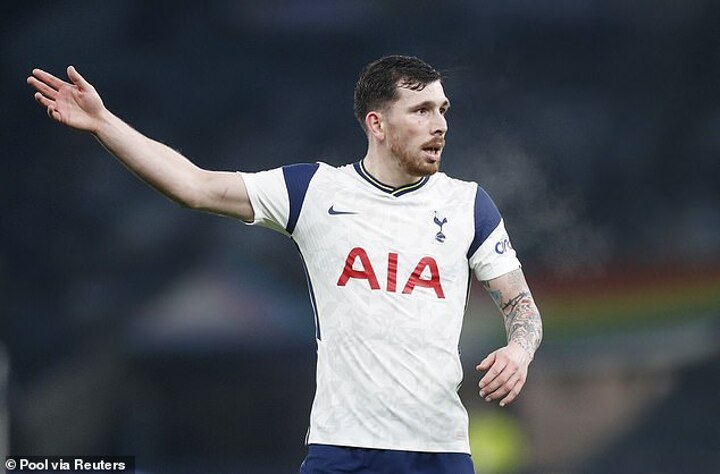 'I'm happy there is a game in three days again so we can show a reaction, show we are better than this. We are ready to go again, and of course heads are high.

Mourinho added: 'Three or four big chances in the first half to have a different result and the biggest chance of the second half to kill the game and go 2-0, but again we conceded a goal that is completely avoidable.

'I have to admit in the second half that they played more and they tried, they had to, but again we didn't kill the game.

'It is costing points and many times it happens in the last part of the game.

'There are things that are individual - individual qualities and individual mistakes. Basically, I can not say much more than that.'

Mourinho was not surprised to see Scott Parker field a strong Fulham team despite only receiving confirmation of this fixture at 9.30am on Monday. Aleksandar Mitrovic was the only notable absentee.

Tottenham should have played at Aston Villa but Villa have a Covid outbreak and the Premier League rearranged the game against Fulham, which was postponed last month, when Parker's team were struck down by the virus.

'I truly believe and I have to believe that we are dealing with honest people at Fulham,' said the Spurs boss. 'Of course they had problems and of course the reason we didn't play the game when we should have, there were reasons.

'The reason they did not want to play tonight is a different question. But in the football world it is very difficult to keep secrets, somebody knows somebody and tells somebody and we knew a few days ago they would be ready. Mitrovic was not a Covid situation, it's a small injury.'

Mourinho claimed on the eve of the game Fulham should apologise for jeopardising the completion of the Premier League if they fielded a strong team after complaining about the fixture.

'I don't have to apologise for anything,' said Parker. 'I'm very proud of this team after all we've been through.'