Former Tottenham boss Mauricio Pochettino says that he is happy that Jose Mourinho was named as his replacement at Spurs, while the Argentine jokingly admitted that he always thought he'd serve as Mourinho's successor, not the other way around. 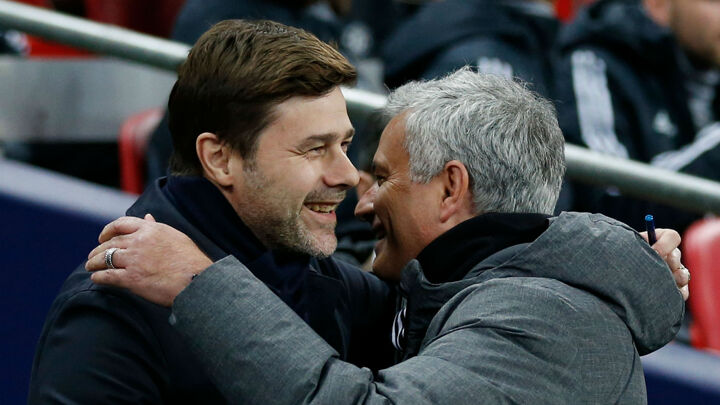 Pochettino was dismissed by Spurs in November as the club sat 14th in the Premier League at the time.

He was replaced by Mourinho, who has since stepped in and pulled Spurs up to eighth before the Premier League was suspended in March due to the coronavirus.

Pochettino says that he and Mourinho have shared a friendship dating back to their time in Spain, with the Portuguese at Real Madrid while the Argentine was at Espanyol.

During that period, Pochettino was widely linked with Mourinho's job at Real Madrid, but the former Spurs boss downplayed those links by stating, “My kids are sleeping in Espanyol pyjamas every night so it’s very difficult for me to think about changing clubs."

Mourinho sent Pochettino a gift during the duo's time in Spain, beginning a friendship that continues today.

“It was a very nice bottle of French red wine for me and two Real Madrid kits,” Pochettino said. “Jose says: ‘OK, these are for your kids to wear from now on.’

"We have kept a good relationship since then and I am so happy he is at Tottenham, replacing me. I am happy as well to have left the club in the condition that we left it and for sure he is very grateful for the way that we helped to build the club, which is now his club.”

Pochettino added: “I always think I’d replace him. He was at Real Madrid. I say: ‘Oh, maybe one day I can take your place at Real Madrid,’ but look at how life works out. He has taken my place at Tottenham. Unbelievable, eh?”

The former Spurs boss also revealed that, in his time away from managing, he has spoken to the likes of Mourinho and Unai Emery as he's looked to refine his approach for when he does return to the game.

In fact, Pochettino said he was spotted out for a coffee with former Arsenal boss Emery, leading to some curious onlookers.

“Before the pandemic, me and Jesus [Perez, his former assistant as Spurs] met with Unai for a coffee, to talk and share our experiences,” Pochettino said.

“We were working in different clubs, we were at the enemy, and people were walking past and saying: ‘Unai and Pochettino and Jesus are now sharing a coffee!’ It was in Cockfosters [in north London]. It was very funny.

“It has been an amazing time to review and analyse everything: training sessions, games, our methodology, our models of training … to design specific and collective works. And, of course, to try to adapt for the new normality, to be ready for any eventuality, because the demands are going to be completely different.

"We are looking forward for the next job. Football is very dynamic and you need to be ready for the moment when the offer appears. We are ready. After six months, our tanks are completely full.”