Last year the Mexican international suffered a serious head injury that has kept him off the pitch for several months now, but he could return before the season ends. 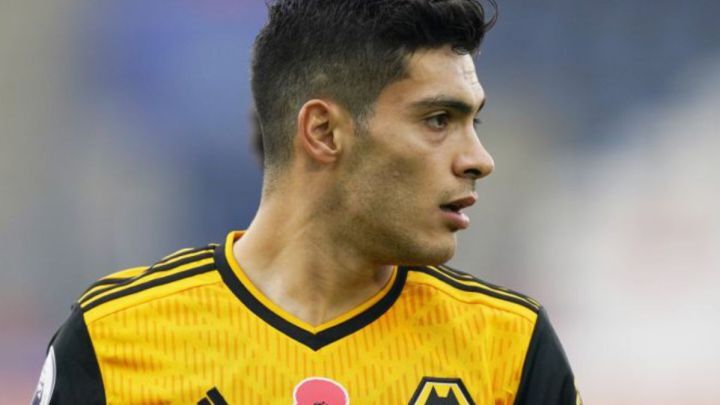 Raúl Jiménez continues his recovery after suffering a fractured skull in Wolverhampton’s victory against Arsenal last November. The Mexican international had to undergo surgery on his skull and he has been recovering since then. The good news is that he is doing well and there is hope he can return before the 2020/21 Premier League season ends.

"He's now integrating in the training sessions, not 100% but he does a lot of things his team mates do," Wolves manager Nuno Espírito Santo said on Friday. "With contact, we're not allowed to do it. There are other steps we have to take before contact training.

We're following the guidance of the doctor and the specialist and him. It's all about how he reacts to situations, things he didn't do before, accelerations, how he reacts to different exercises. He will give us the right answers at the right timing to make further decisions,” Nuno added.

This week Jiménez joined the rest of the team in rondo drills during practice and his next step will be to do some contact training. After that, he will be able to participate in a full training session with the rest of his teammates. Once he rejoins a team’s training, he will have to reach full-fitness to be part of the squad ahead of a match day. From now on, the 29-year-old will have to wear a head brace to prevent any damage to his skull.

"He's able to be a floater in possession of the ball. He's able to participate in small boxes but he doesn't go inside. If he wants the ball, he doesn't go inside the box, someone has to go for him. He does all the finishing, the movement, the offensive part of our game, the lines. He does a lot of things. But when we go to small-sided games he has to continue his session with Joao Lapa (fitness coach) by himself,” said Nuno.

"He's feeling well and good. We decided it was the best step, together with the doctor, to integrate him in parts of the session. Working by yourself for many, many hours can be hard to handle. I see him better now that he's sharing the session with his team mates."