Richarlison scored the goal of the tournament to double Brazil's lead in their World Cup opener against Serbia. 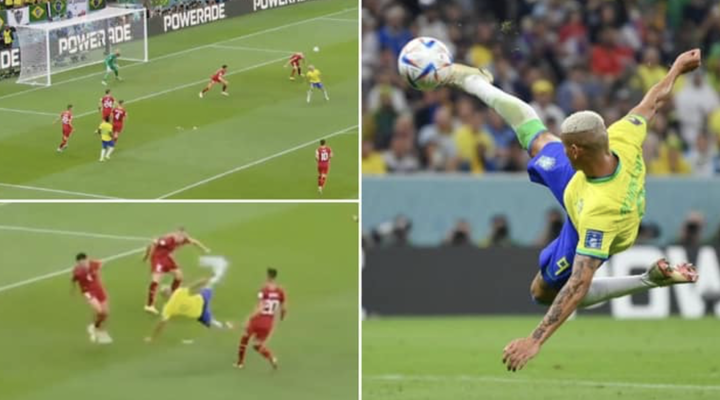 The Spurs striker broke the deadlock in the 62nd minute, showcasing his poacher qualities by stabbing home after Vanja Milinkovic-Savic could only parry Vinicius Jr's effort into his path.

Richarlison notched his second in the 73rd minute with a goal that epitomised the flair of Brazilian football. Vinicius laid on outrageous outside of the boot assist from the left and the Selecao's No.9 controlled the ball superbly.

With the ball spinning up in the air, he produced the most outrageous acrobatic effort that flew past Milinkovic-Savic and grew collective gasps inside the Lusail Stadium.

The ex Everton man is surely leading the race for the 2022 World Cup's best goal. However, he was not able to get his hat-trick after manager Tite elected to replace him for Arsenal forward Gabriel Jesus.