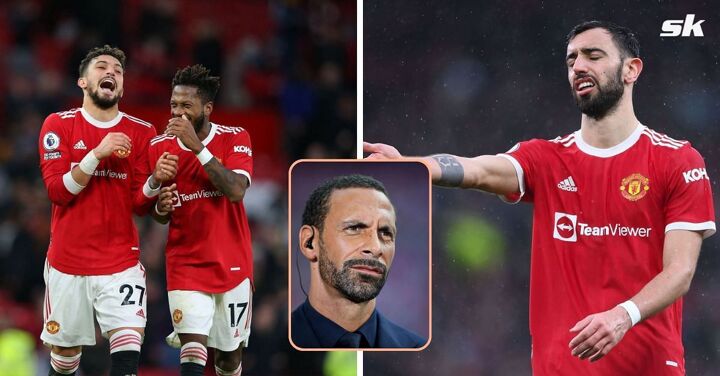 A clip of Fernandes lamenting Telles and Fred at the Carrington training ground has gone viral.

"Stop being such ‘ballers’. You are here to play football, not film it."

The trio then joked around with one another afterwards as Telles was filming a video a 'day in the life' video for Brazilian marketing agency O Clube Football (per SportBible).

Ferdinand jokingly trolled Fernandes for his outburst, tweeting in reaction to the clip a picture of himself recording with a laughing face and staring emoticons.

Ferdinand is a perennial joker and was even cast in his own prank show called Merk'd where he would play pranks on teammates such as Wayne Rooney and David Beckham.

Some United fans thought Fernandes' outburst was serious given the midfielder's tendency to lose his head on occasion. None more so than his most recent outing with the Portuguese national side.

The United star lost his cool after a penalty appeal was turned down in his side's 1-0 defeat to Switzerland in the UEFA Nations League.

Could Bruno Fernandes be a contender for Manchester United captain? 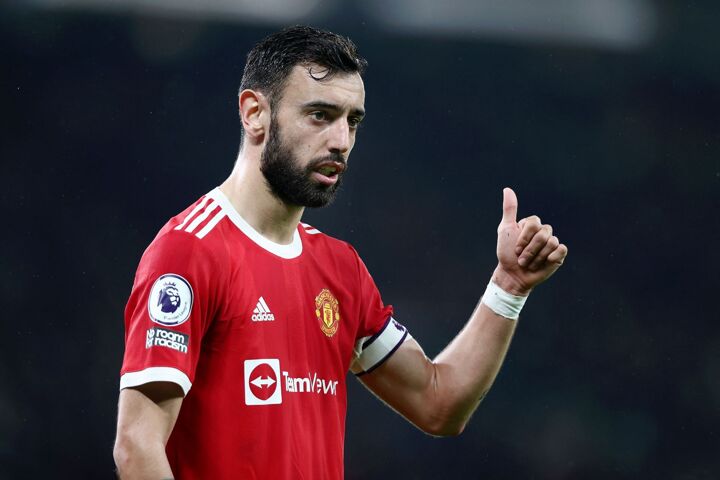 With 40 goals and 25 assists in his first two seasons at Old Trafford, Fernandes has flourished for United.

However, following the arrival of compatriot Cristiano Ronaldo last summer, the former Sporting CP captain took somewhat of a backseat to the legendary forward.

He managed 10 goals and 14 assists in 46 appearances last season. He did not hit the heights that had him touted by many as one of the best attacking midfielders in the league.

One thing that hasn't evaded the Portuguese star throughout his time at Manchester United is his passion. The 27-year-old has been a constant voice on the pitch, though some are of the opinion that the midfielder moans too much.

United are in need of leadership coming off the back of a woeful campaign that saw them finish sixth in the league and trophyless.

Harry Maguire has been criticized for a lack of leadership and there are rumors he could be relieved of the club's captaincy.

Hence, Fernandes may be an astute option for the role given not only his character since joining Manchester United but his experience in captaining Sporting CP.