Sergio Reguilon has become hot property over this summer for Real Madrid, and Tottenham have beaten a host of clubs to acquire his services. 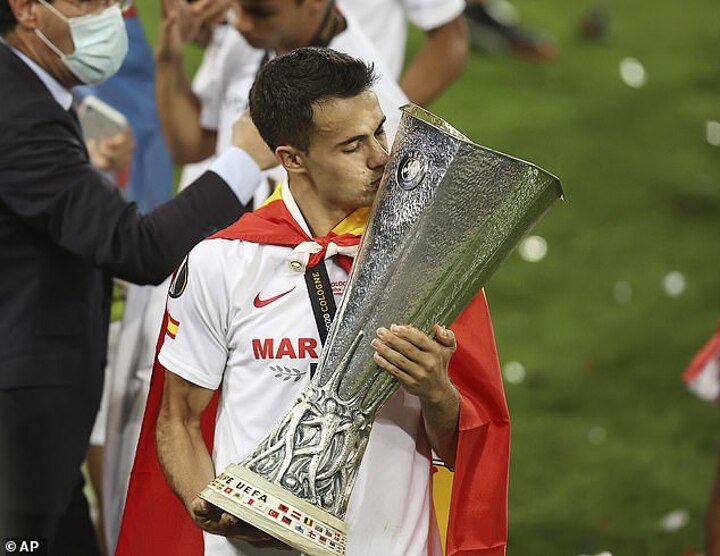 Sportsmail revealed this week that the left-back is due to undergo a medical on Thursday ahead of signing a five-year deal with Tottenham, who have agreed a £27million fee with Real. Reguilon thoroughly impressed last season on loan at Sevilla, helping lead them to the Europa League title and a fourth-placed finish in LaLiga.

Would Reguilon be a good fit for Tottenham with his attacking style of play, or would he add more frustration to their backline? Sportsmail goes through his career so far... 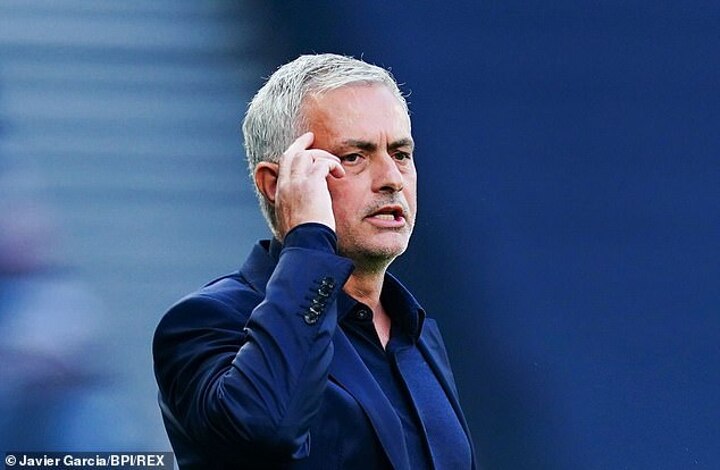 A humble professional from Madrid's academy

Sergio Reguilon is a product of the Real Madrid academy having joined the Los Blancos youth set-up at eight years old. However, he has failed to make an impact on the Madrid senior side so far in his career, sitting behind Marcelo and Ferland Mendy in the current pecking order.

The Madrid-born defender has had several loans out to other Spanish sides, including UD Logrones, and more recently, Sevilla.

The 23-year-old has also been a relatively late bloomer in terms of his international career, having made just one appearance for the Spain U21 side, before being promoted to the senior side for his first cap this month against Ukraine in the Nations League. 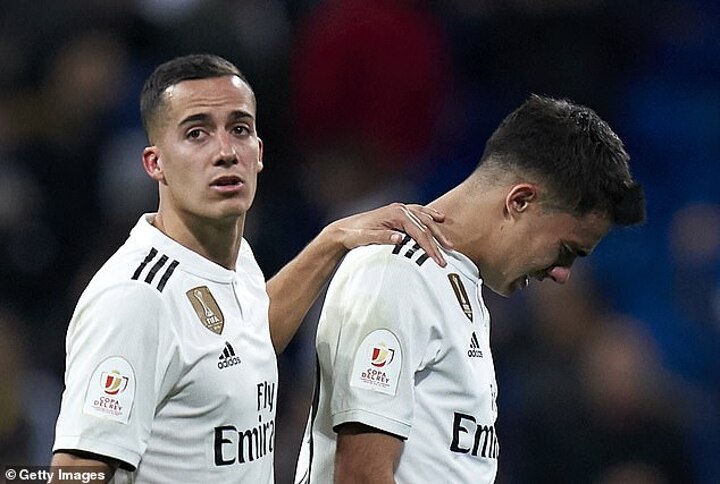 His first Spain appearance was an impressive one until he had to come off following a collision with Viktor Kovalenko that saw him limp off.

The Spaniard looks to be the ultimate professional after he picked himself up quickly from the disappointment of Mendy's arrival at the Bernabeu that triggered his loan move to Sevilla from his boyhood club.

'I have a very clear conscience because I gave everything for Real Madrid,' Reguilon told AS. 'Others made that decision [to send me on loan] and I can't do anything but do my job to the very best. It's what I did in Madrid and I try to do it now at Sevilla.

'I left Madrid on good terms, I wasn't mad at anyone,' Reguilon said. 'Everything was a mutual agreement. I am an academy player and I owe everything to Madrid. It's impossible for me to leave in a bad way.' 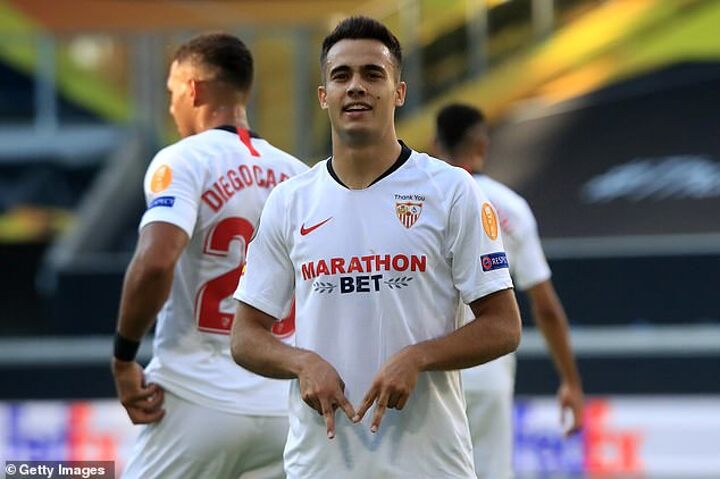 Reguilon optimises the modern day full-back. He adds just as much to the attack as he does defence, and was one of Sevilla's most important attacking threats last season.

Similar to Liverpool's Andy Robertson and Trent Alexander-Arnold, he enjoys getting up and down the line, delivering crosses into the box for the strikers to score.

He possesses some serious pace, which can make him a really tough customer for his opposite number as he can track back just as quickly as he can get in behind the defensive line. 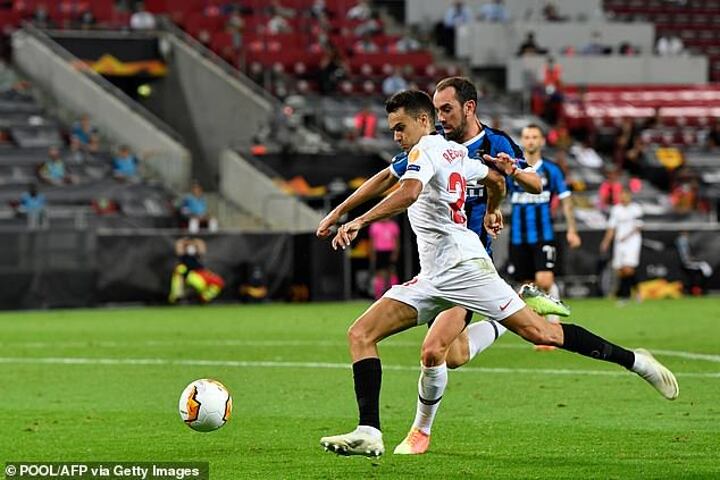 From left-back, he is one of the most positive players on the pitch and can carry the ball long lengths up the field to gain territory. Reguilon has also received many plaudits for his defensive traits too, with his positioning and ability to read the game already at a top-class level considering his experience.

He would look just as comfortable on the left of a back four as he would playing wing-back in a back five.

Last season, he managed five assists for Sevilla and became their standout player in the club's final surge to Europa League glory post-lockdown.

Considering he has only had one full, consistent season in senior football and has made the impression he has, it makes him a very attractive acquisition for clubs. 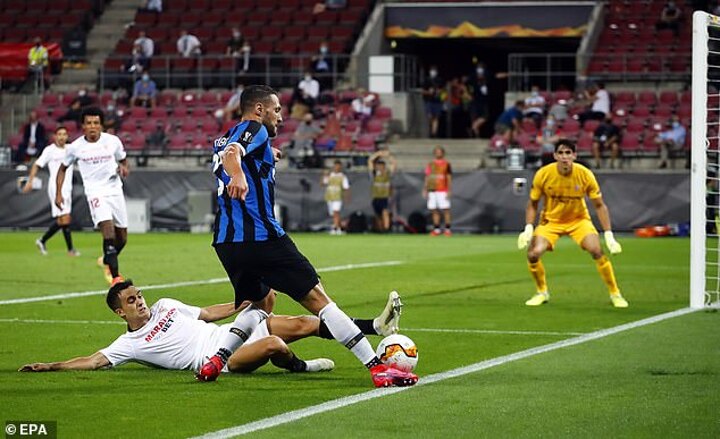 Over the past few seasons, Danny Rose and Ben Davies have shared the responsibility of the left-back position - but are two very different styles of player.

With Ryan Sessegnon struggling to make an impact at Tottenham, the club are crying out for some fresh impetus in that area.

The Spaniard would immediately become the first-choice option at Spurs and would be a very favourable acquisition among the fanbase.

With Serge Aurier getting five assists last season, they would be evening out their attacking threat from deeper lying players - modelling a similar style to the Premier League champions in recent seasons.

Should Reguilon hit the ground running upon his potential arrival at Spurs, it could be reminiscent of Gareth Bale's time at the club - starting out as an attacking-minded left-back but working his way up the pitch due to his attributes and speed. A nice guy off the pitch too

Reguilon isn't just an impressive talent on the pitch, but he appears to be a humble person off it.

A former team-mate at UD Logrones told Marca last year, when they were still a third division side, that he still looks after his former team-mates by sending them gifts.

'When he arrived we laughed at him because he seemed like a bit of a simpleton.

'Now he sends us boots and tickets, after displacing the best left-back [Marcelo] of the last decade.

'Instead of giving us coffee, yoghurts and biscuits like everyone else, Sergio gave us good ham, prawns and a bit of wine. A gourmet – maybe that's why he's now at Madrid and the rest of us are in Segunda B,' another former Logrones team-mate explained. 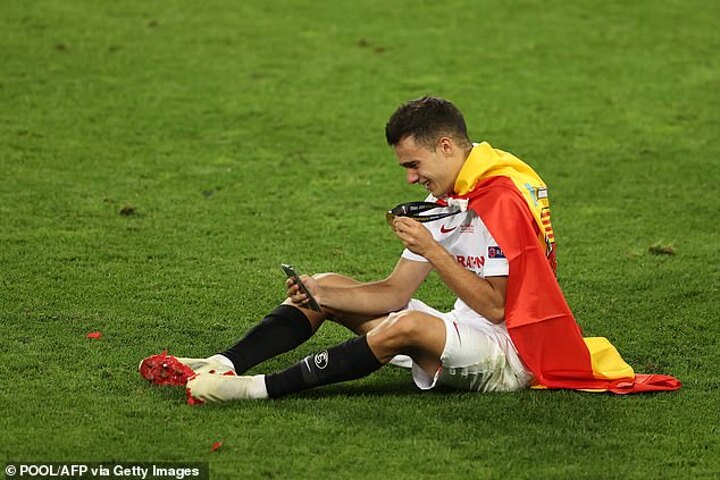