Tottenham defender Japhet Tanganga once again seized his chance to impress in the Spurs first team and then declared: 'I'm just loving it!' 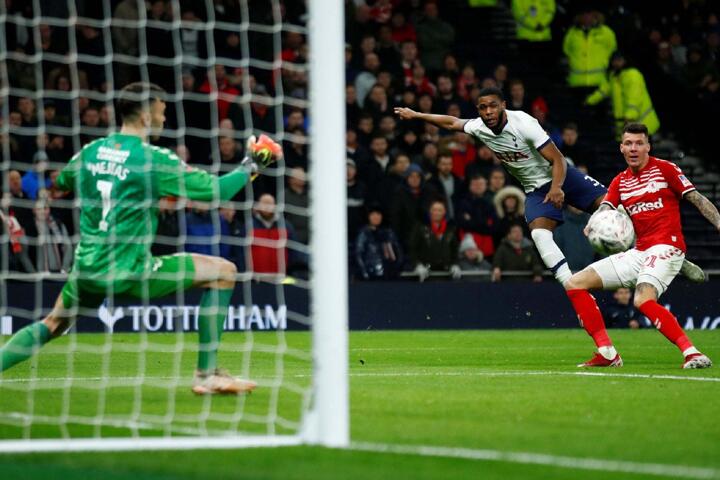 The 20-year-old was handed a surprise Premier League debut in Saturday's 1-0 defeat to Liverpool, and did not look out of his depth up against the champions-elect.

Jose Mourinho proved his inclusion for that game was no one-off, keeping the youngster in his side for Tuesday night's FA Cup third round replay against Middlesbrough.

Despite being partly to blame for Boro's late goal, Tanganga was named man-of-the-match in a 2-1 win that sets up a fourth round meeting with Southampton.

"I am just enjoying it. The fans are lovely, stadium is brilliant. I just love it."

Spurs were in cruise control for much of the game, and led through first-half goals from Argentinian pair Giovanni Lo Celso and Erik Lamela, the latter making his first start under Mourinho.

However, they failed to put the game to bed, and George Saville's late strike set up a nervy finale.

“We had chances but you're not always going to score them,” Tanganga added. “It was a sloppy goal, we shouldn't have conceded that, we made it hard for ourselves.”