Never has a weekend clash between English football’s most inveterate foes been prefaced by something so compelling as a public discussion between the two men who encapsulate the rivalry. 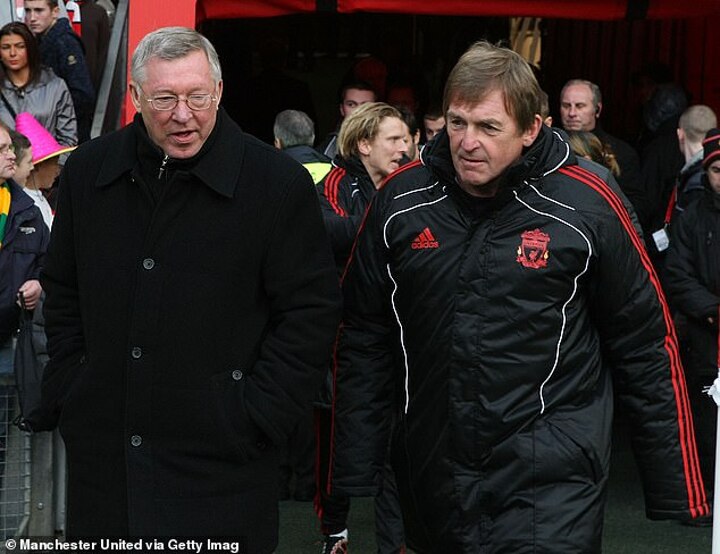 Sir Kenny Dalglish and Sir Alex Ferguson, who sparred gently at an event in aid of football dementia research on Friday night, have far more in common than their honorifics and a Glaswegian birthplace.

The pair crossed the Scottish border within nine years of each other to become defining figures at two great clubs. Future managers would gaze out from dugouts to the stands named after them.

The particular kind of distaste which Liverpool and United share for each other had allowed for little public diplomacy before Friday night. The most legendary moment came in the late 1980s, when Dalglish interrupted one of Ferguson’s post-match interviews by strolling past holding baby daughter Lauren and deadpanning to the camera: ‘You’d be better off talking to my baby. She’s only six weeks old but you’d get more sense from her than him.’

Ferguson was also reminded that unflinching determination is a Dalglish gene when another of his adversary’s daughters, Kelly, who hosted last night’s discussion, became a broadcast journalist.

She was the one who unflinchingly tackled him, in 2008, about a Christmas party that had led to the arrest of Jonny Evans. He refused to answer. She also asked Ferguson about goalkeeping selection dilemmas before a game in Lisbon in 2011, leading him to accuse her of searching for ‘stupid little things’. She came back at him after that put-down. 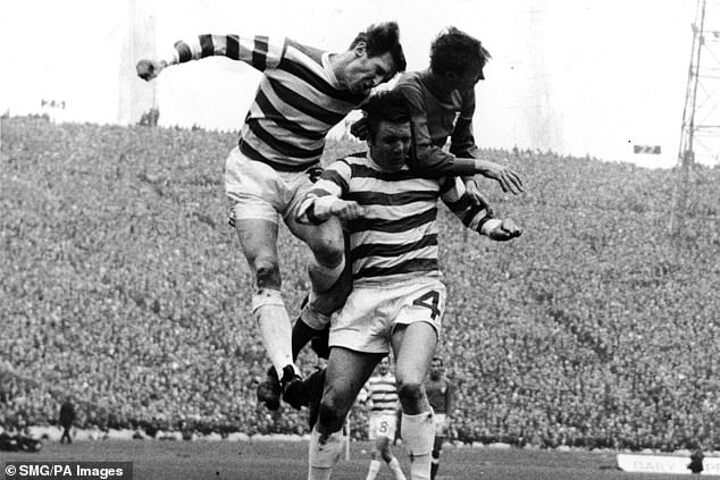 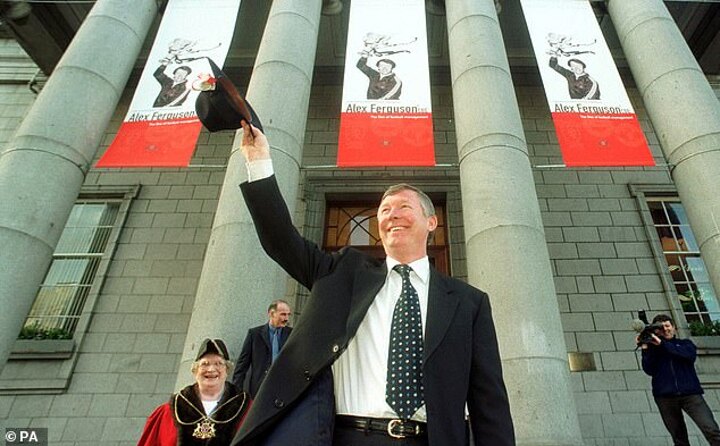 The edge between the two individuals in question stretches back to a particularly brutal Glasgow winter in 1969, when a Scottish Reserve Football League Old Firm fixture at Celtic Park pitched Dalglish, an 18-year-old Celtic forward billed in the city’s press as the ‘next big thing’, against Ferguson, a Rangers striker 10 years his senior, who had just been dumped into the second string.

Dalglish’s coaches decided to try him out at centre back — ‘for educational reasons,’ as Dalglish later remembered it — so he was staring into the whites of Ferguson’s eyes that afternoon.

Each will tell you they won that clash, needless to say. Dalglish remembers, while marking Fergie, how he turned out his tracksuit pocket, as if to say he had him in it. Ferguson remembers telling him, ‘You’ll need a doctor for this,’ and promptly scoring. Dalglish has always insisted Celtic won 2-0. 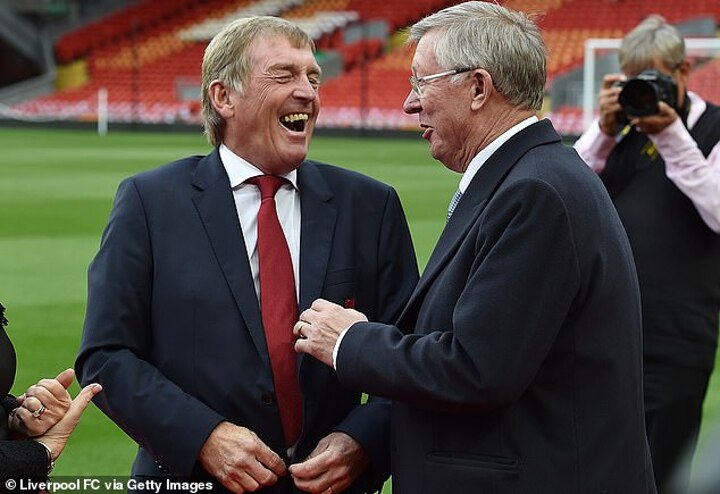 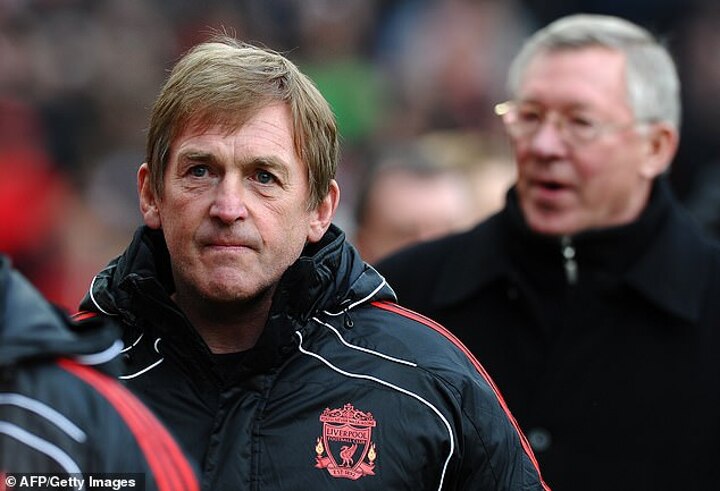 Dalglish was also part of the Liverpool team who beat Ferguson’s Aberdeen in 1980, which is his most searing memory of the generation of Bob Paisley’s supremacy. Yet, for all that, it would be wrong to characterise these two as foes.

When Ferguson was under severe pressure in his early United days, Dalglish stood up at a Football Writers’ Association dinner and told the assembled ranks about the older man’s ability to manage.

Ferguson’s physiotherapist, Jim McGregor, took Dalglish aside a few weeks later and said, ‘By the way, the gaffer needed that.’

The older man organised and managed a team for Dalglish’s Scotland testimonial in 1986 and also made him captain for his 100th cap.

He has always said they got on well during their time together when Ferguson stood in as Scotland manager. 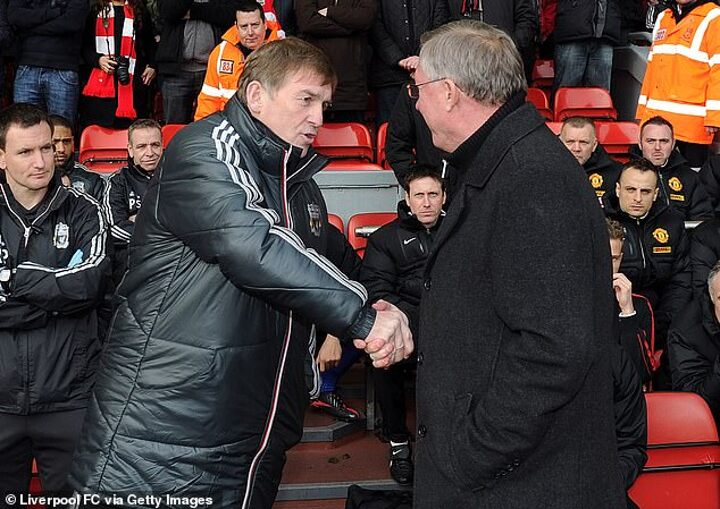 The links go back even further. Dalglish’s father-in-law taught Ferguson the licensed publican’s trade in Glasgow. And though Liverpool finally taking the league title again last summer would have been a grievous blow to Ferguson, he called Dalglish to extend his congratulations. When United passed Liverpool’s record to claim a 19th title in 2011, Dalglish wrote to Ferguson, congratulating him.

There was a symmetry about the timing of Friday night’s event. It was 10 years last week that the two men encountered each other in opposing dugouts once more, when Dalglish’s second spell in charge of Liverpool, after Roy Hodgson’s sacking, began with an FA Cup third-round tie at Old Trafford.

Captivated, as so often, by the grand poetic rhythms of football, Ferguson declared before that 2011 game that Manchester United v Liverpool was the ‘biggest game in the world’.

His thoughts were then put to Dalglish. ‘If that is what he thinks, then fine,’ he replied. ‘That is up to Fergie. For me, I’ve always said the most important game is the next one.’