Gabon have shared with GOAL some of the reactions within the team following their bombshell that they would be unable to use Pierre-Emerick Aubameyang for Friday’s 1-1 Africa Cup of Nations draw with Ghana. 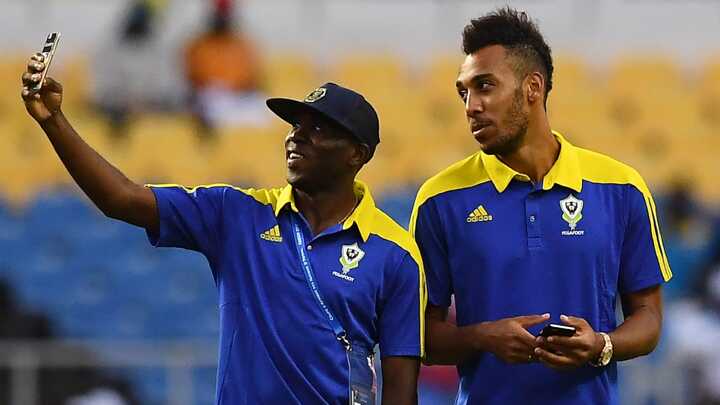 Having recovered from Covid-19, the Arsenal striker was expected to return to action against the Black Stars—the news was confirmed to GOAL earlier this week—only for Auba to be absent from the Panthers’ teamsheet at the Stade Ahmadou Ahidjo.

Initial reports from the Gabon Football Federation that the forward was suffering from ‘cardiac lesions’ were later clarified by head coach Patrice Neveu, who outlined that Aubameyang has no cardiac issues, but that there might be Covid-19 residue still left in his system as he continues his recovery from the virus.

While Gabon remain hopeful that the striker – and midfielder Mario Lemina – can still feature in the tournament, Friday’s setback has clearly had a big impact on this united squad.

“It’s rather sad to learn such news just before the game when we know that he’s been back in training two days before the match,” a source within the camp told GOAL.

“He wasn’t prepared for this news, which left a chill in the camp, bearing in mind that we already knew that [defender Stanley] Obissa and [right-back Lloyd] Palun were already out with Covid.”

Axel Meye and Kevin Mayi are also missing for the depleted Panthers, who remain hopeful that Aubameyang may be able to play some part in their final group game against Morocco in four days’ time.

Gabon are virtually qualified for the Round of 16 after Jim Allevinah’s controversial 88th-minute equaliser cancelled out Andre Ayew’s 18th-minute opener to ensure the points were shared and prompt furious scenes between the two camps.

Ghana’s Benjamin Tetteh was duly shown a red card for his part in an unsightly punch-up.

“Clearly, [the news] impacted us tactically, and had an impact on the state of the team,” Neveu told GOAL. “Fortunately, I’ve built a whole group here, and while they may not be technically or tactically perfect, they are very much here mentally.

“Thankfully, CAF allowed us to bring 28 players for the tournament, because otherwise we wouldn’t have a team,” he added. “We were missing many, but there were some youngsters who came back into the team and we were strong again.”

Neveu has had his own experiences of Covid during the competition, but despite isolating on Thursday after returning a positive test, was allowed to lead his team out on Friday after testing negative on the morning of the match.

“This virus is a menace,” he continued. “I had it myself, and bizarrely, in two days it went.

“I was tested this morning by the Caf laboratory, and I was negative, so there you go.”

Gabon conclude their group stage campaign against Morocco in Yaounde on Monday, while Ghana face Comoros in Garoua.