While he is excited to be playing in the English top flight, Thiago Silva has made it clear that silverware is the main purpose of his move to Chelsea. 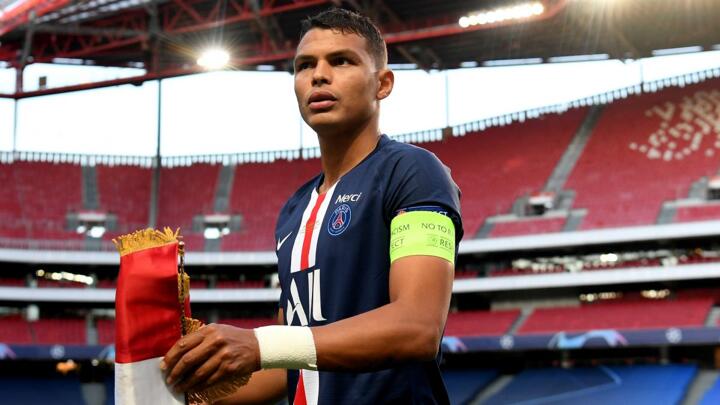 Thiago Silva insists that the main reason he joined Chelsea was to win the Premier League title, not just for the experience of playing in England's top flight. The centre-back, who will turn 36 on Tuesday, signed a one-year deal with the option of a further 12 months after leaving Paris Saint-Germain.

Silva is excited to play in the Premier League for the first time in the latter stages of his career, but is clear that his motivations stretch beyond just getting a taste of the high-profile competition. He is optimistic Chelsea will enjoy an impressive season that can lead to silverware, while playing in the 2022 World Cup for Brazil also remains a key motivation.

"The way I see it, it is the toughest league in the world, with six or seven big teams genuinely fighting for the title so the motivation is massive," Silva, who spent eight years with PSG with his last game being the Champions League final, told Chelsea's website. "What motivates me, day by day, is the hunger to win. To win everything within my reach. Coming to the Premier League, my main goal is to win the league title and I'm certain that we'll be fighting for that every step of the way.  The team is really strong, we've got a great coach and I've come here to contribute in whatever way I can to ensure that we get as close as possible to achieving those aims. That's what motivates me: stepping out onto the pitch, and then winning, winning, and winning some more. I don't think about anything else. What Chelsea represents to me is a source of great happiness and motivation to be a part of a new project, a new family and I hope that this will be a very special year together.

Chelsea have youth and experience

"With our young group, as well as some more experienced players like our captain [César] Azpilicueta, we've got all it takes for a great season. We've signed some top players. You can be sure I will do everything I can to repay the confidence [Frank Lampard has shown in me] out on the pitch."

He continued: "The prospect of playing at the next World Cup is another thing that really drives me. I'll be more or less 38 years old by the time of the next World Cup and I'm hugely motivated to be in good shape for it. The work that I'm putting in to make this a reality already started a while back and now Chelsea have given me a great opportunity to continue playing at the highest level."

Asked if he had a message for Chelsea fans, Silva replied: "I'm arriving 100 per cent motivated for this new project - I'm not just here for the experience, I'm here to win. I hope that they believe, just as we do, that this is going to be a very special year and one full of success for the club."