Chelsea's thrilling 4-4 draw with Ajax on Tuesday night was another dramatic high-scoring night in the Champions League. 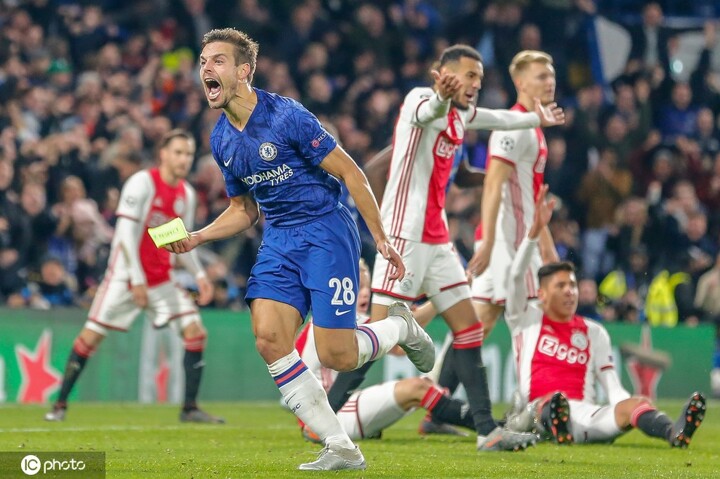 There have been some sensational back-and-forth encounters over the years featuring greats of the game, past and present.

The qualifiers: To make it on the list, one side has to have scored four or more goals in the game, with seven or more in total. 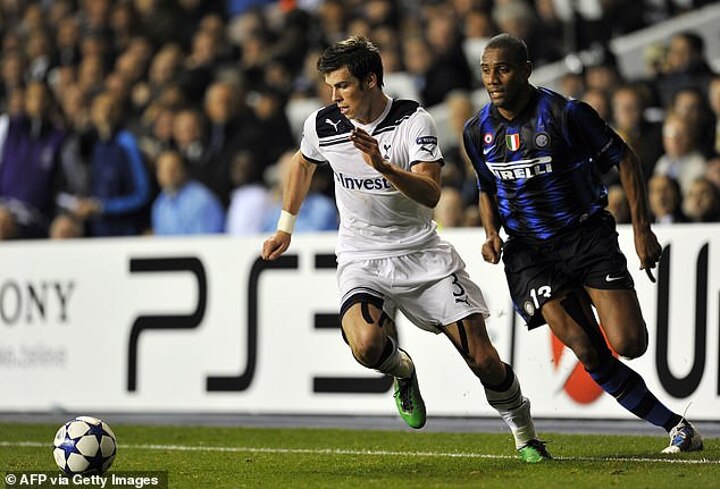 This night at the San Siro may have belonged to Inter but it will always be remembered as Gareth Bale's game.

The Welshman truly announced himself on the biggest stage with a brilliant hat-trick, restoring Tottenham's pride.

Inter had raced into a four-goal lead after some laughable defending and the dismissal of goalkeeper Heurelho Gomes eight minutes in.

After the break, Bale set off on a one-man mission and gave Brazilian right-back Maicon one of the worst nights of his career. Ultimately he ran out of time but for many, this was the moment Bale moved to another level. 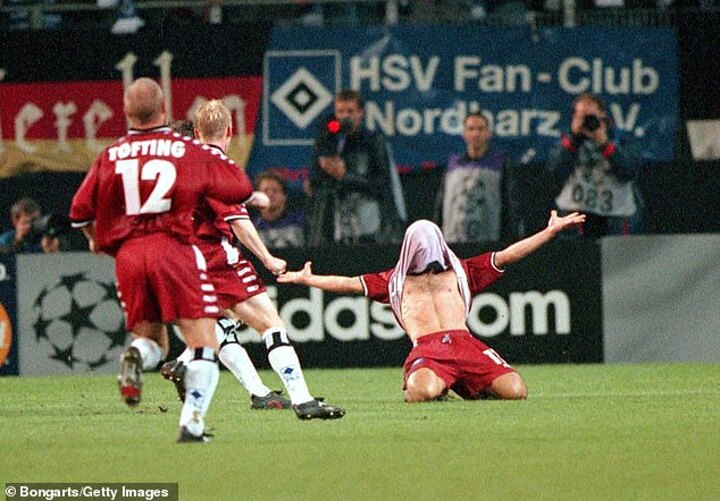 Almost 20 years ago now, this group stage game delivered a bit of everything.

Hamburg were 3-1 down against the Italian giants but launched a superb comeback. Igor Tudor put Juve ahead early on and Tony Yeboah levelled before Filippo Inzaghi notched the first of what went on to become a hat-trick.

He'd put his side 3-1 up when Mehdi Mahdavikia pulled Hamburg within touching distance and goalkeeper Hans-Joerg Butt scored with a penalty to make it 3-3.

The stopper was an expert from the spot and had scored nine goals in the previous season. Niko Kovac, the recently departed Bayern Munich boss, put the Germans on course for a famous win but they were denied at the last.

Inzaghi went down in the box and converted the penalty to nick a point in a stunning game. 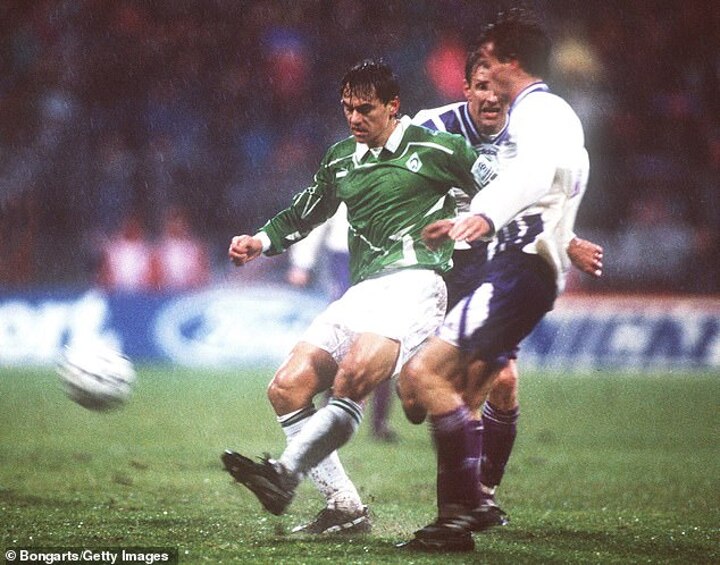 The oldest game in this list features a sensational comeback from Werder Bremen. They went two goals behind after Phillipe Albert and Danny Boffin struck for the visitors.

Then somehow the wheels came off in dramatic fashion for the Belgian side. Wynton Rufer got the ball rolling in the 66th minute and the floodgates opened. Rune Bratseth and Bernd Hobsch then turned the match on it's head with two more.

Marco Bode and Rufer scored the fourth and fifth and the game became known as the 'Wonder at the Weser', referring to the river next to Bremen's home. 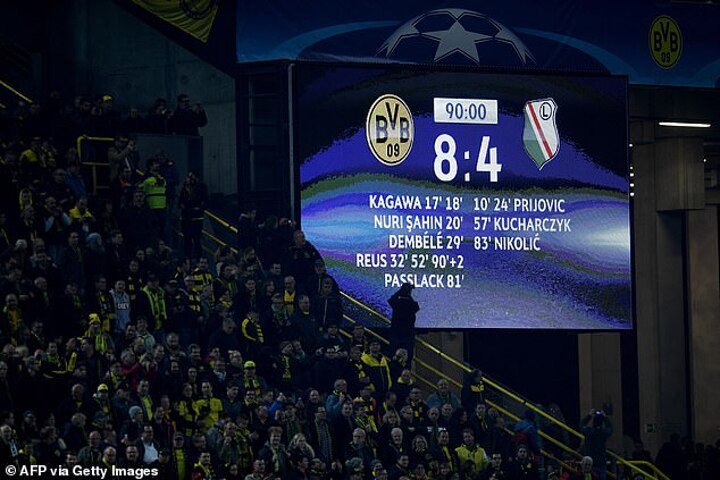 This remains the highest scoring game in Champions League history.

Teeming rain produced a night packed with 12 goals at Signal Iduna Park and there were six in the first 30 minutes.

One incredible 76-second period involved Shinji Kagawa scoring the quickest brace in Champions League history and Marco Reus returned from a long injury absence to score two of his own.

Legia have the unfortunate record of being the only side to have lost a game in the competition after scoring four times. 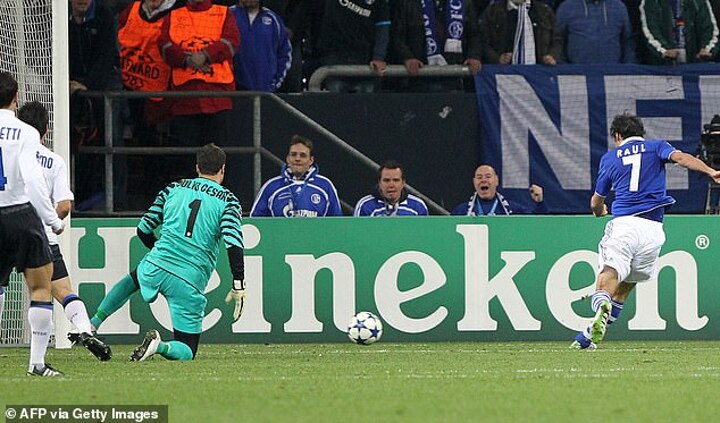 This was one of the most shocking defeats in Inter's rich history as the German underdogs smashed five past their hosts.

Inter scored in the first minute with a remarkable goal from Dejan Stankovic after he volleyed in Manuel Neuer's header from the half-way line.

Then the onslaught came as Gonclaves Edu, Real Madrid legend Raul and an own goal inflicted a massive defeat on the Italians. 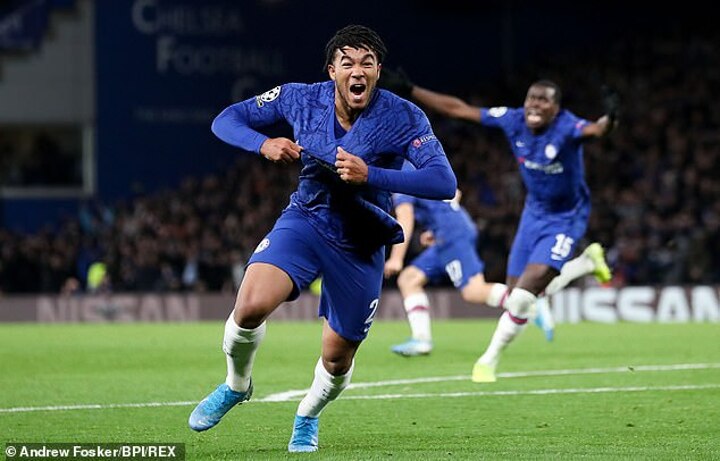 Tuesday night's game had a bit of everything. Ajax looked every inch the side that surprised Europe's elite in reaching the semi-finals last year.

Tammy Abraham's own goal just two minutes into the game handed the Dutch side the advantage before Jorginho cancelled that out 120 seconds later from the spot.

Erik ten Hag's men exploded into life and went 4-1 up, with Kepa Arrizabalaga scoring an extraordinary own goal as Hakim Ziyech's whipped free-kick ricocheted off the post and then the goalkeeper's face into the net. Quincy Promes and Donny van der Beek's goals put the visitors in firm control but then disaster struck.

In the space of a few seconds both Ajax centre-backs Daley Blind and Joel Veltman were shown second yellow cards and Jorginho scored a penalty all in the same play.

Cesar Azpilicueta then made it 4-3 and Reece James came off the bench to score the fourth. The drama wasn't over there and Azpilicueta thought he'd scored the winner, only for it to be ruled out for handball. A remarkable game that finished with the spoils shared.

This one pretty much had it all. There were incredible goals, a horrendous goalkeeping error and a saved penalty.

City went ahead through Raheem Sterling Radamel Falcao and 18-year-old Kylian Mbappe hit back. Falcao was then punished for a missed spot kick as Sergio Aguero capitalised on a huge mistake from Danijel Subasic.

But the Colombian wasn't done yet and robbed John Stones before chipping over the head of Willy Caballero. Pep Guardiola's side then turned it on as they so often can. Aguero, Stones and then Sane scored but it was Monaco who had the last laugh, winning the return leg 3-1 to go through. 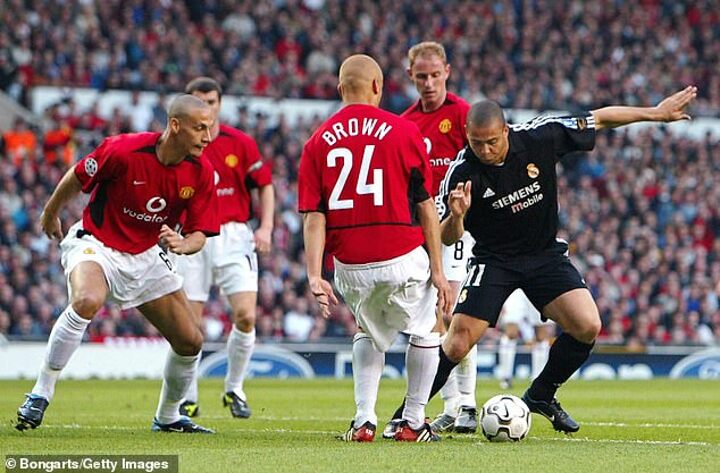 This was a Ronaldo masterclass. The Brazilian tormented the defenders at Old Trafford and they simply could not contain him.

He scored a hat-trick, completed with a thunderous 25-yard free kick and even the United fans applauded when he was taken off in the second half.

Real had the lead from the first leg so were relatively comfortable but Ronaldo's absence when he went off was keenly felt.

Rudd van Nistelrooy and an Ivan Helguera own goal had given United hope. David Beckham scored twice, including a trademark free-kick but it was too little too late. 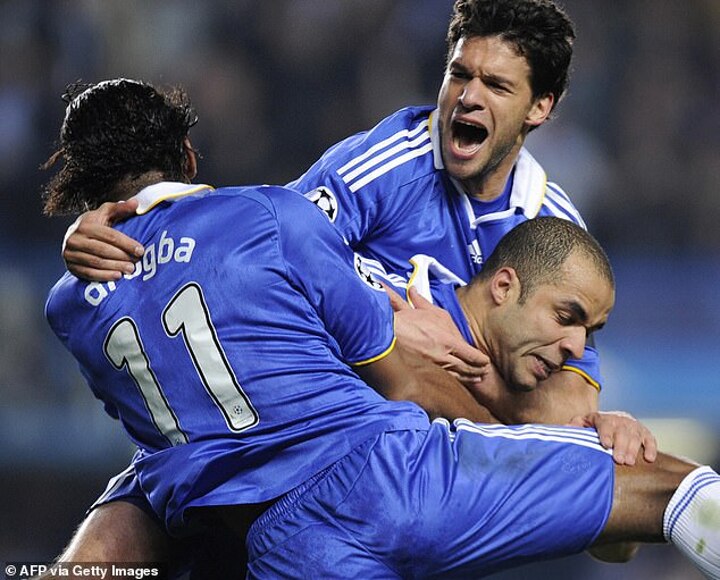 This was a Champions League classic and will be embedded in the minds of both sets of supporters.

The Reds were trailing 3-1 after the first leg and knew they had to come out firing to deliver something special.

Liverpool raced into a two-goal lead and the dream was alive as Fabio Aurelio and Xabi Alonso put them ahead. But Pepe Reina spilled Didier Drogba's shot and Alex hammered in a free-kick before Frank Lampard got himself on the scoresheet. Rafa Benitez's men roused themselves once more and were within one goal of the semi-finals as Lucas Leiva and Dirk Kuyt scored.

But Lampard put the final nail in the coffin and his curling effort settled a breathtaking tie. 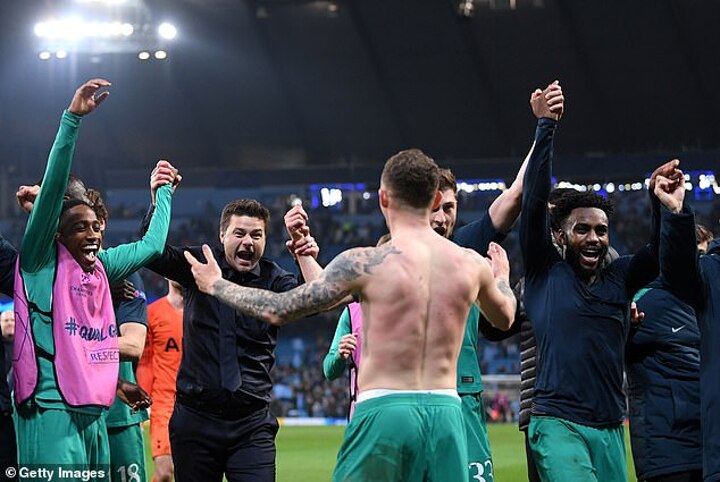 Mauricio Pochettino's Spurs went toe-to-toe with City at the Etihad in one of the most enthralling knockout games ever.

There were five goals in the first 21 minutes as they traded blows like heavyweights swinging for the fences.

Sterling scored twice for City along with Bernardo Silva's effort and Son Heung-min hit a double for the visitors. The temperature continued to rise after the break.

Sergio Aguero slotted the fourth and it looked like the Premier League champions were on course for the semi final before Fernando Llorente bundled in from a corner, with VAR not deeming him to have handled the ball.

Then in the most dramatic of climaxes, City thought they'd gone through at the death after Sterling scored for his hat-trick. There was pandemonium in the stands but VAR ruled that Aguero had been offside in the build-up. Guardiola dropped to his knees as his Champions League dream died for another year