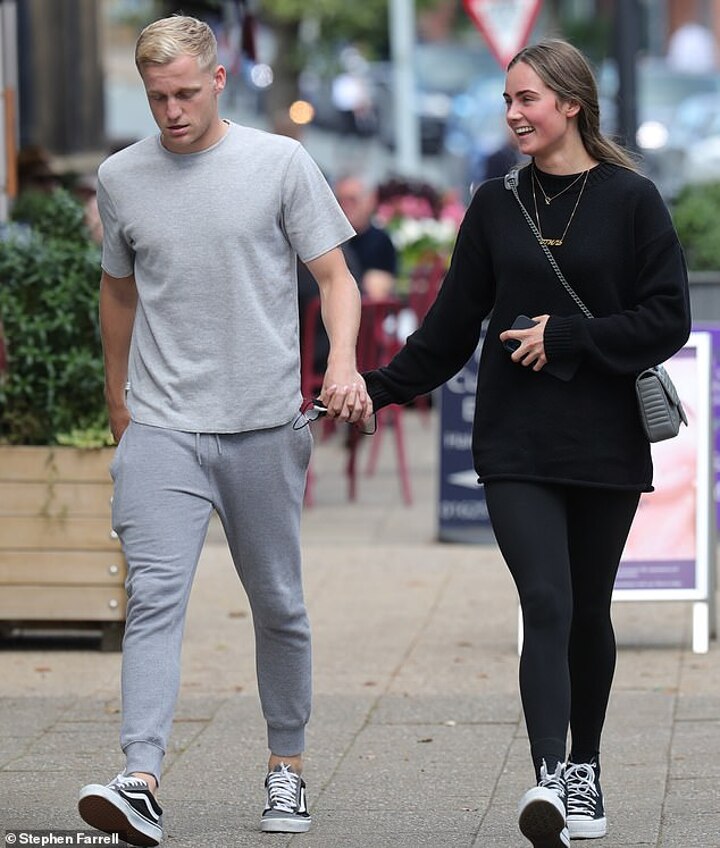 Ole Gunnar Solskjaer handed the Dutchman a rare start for the group game against Young Boys on Tuesday but the midfielder was substituted for Raphael Varane at half-time.

While Van de Beek looked decidedly downbeat, Bergkamp, daughter of Arsenal legend Dennis, appeared to be in a brighter mood as she beamed alongside her boyfriend.

The couple were spotted taking a walk through Alderley Edge before stopping off at G Wienholt Bakery.

But the trip didn't seem to sweeten the midfielder's mood, with the 24-year-old still looking downcast as they left the shop.

United were leading 1-0 when Van de Beek was taken off at half-time but they had been under pressure before the break following Aaron Wan-Bissaka's red card.

The midfielder made just four starts in the Premier League during his first campaign and had played just six minutes of football this season before Tuesday night's game.

He was close to joining Everton on loan on transfer deadline day but Solskjaer blocked the move, with Van de Beek's agent Guido Albers demanding he be involved more.

He said: 'The perspective now is that we stated that Donny is not a Carabao Cup player, or FA Cup player, or to play only in European games. Donny went to England to play in the Premier League.

'The way the conversation went this time [with Solskjaer] compared to last summer... things are much more clear now. I have full expectations that Donny will get his chance now. 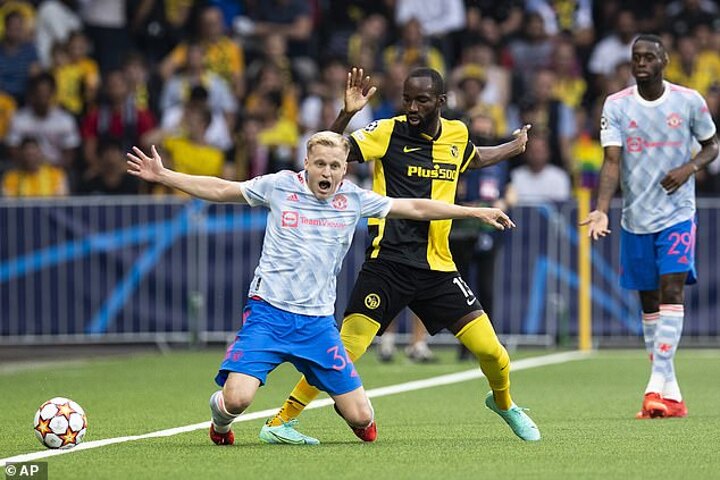 'Donny worked extremely hard in the summer. He only had seven days off. The rest of the summer he trained to become top fit. He is totally ready.'

Earlier this month, Solskjaer hinted that Van de Beek would be given a chance in the No 6 role with Scott McTominay currently out injured.

'Donny has very good qualities. He's had a disappointing season last year, a disappointing end when he got his injury and stopped him playing for Holland at the Euros,' United's manager told

'He has worked really hard. He's waiting to be unleashed and to show what he can do.

'He can play as a six in a [midfield] two, he can play as an eight, as an attacking midfielder, as a 10, we have used him on the wide left coming inside. 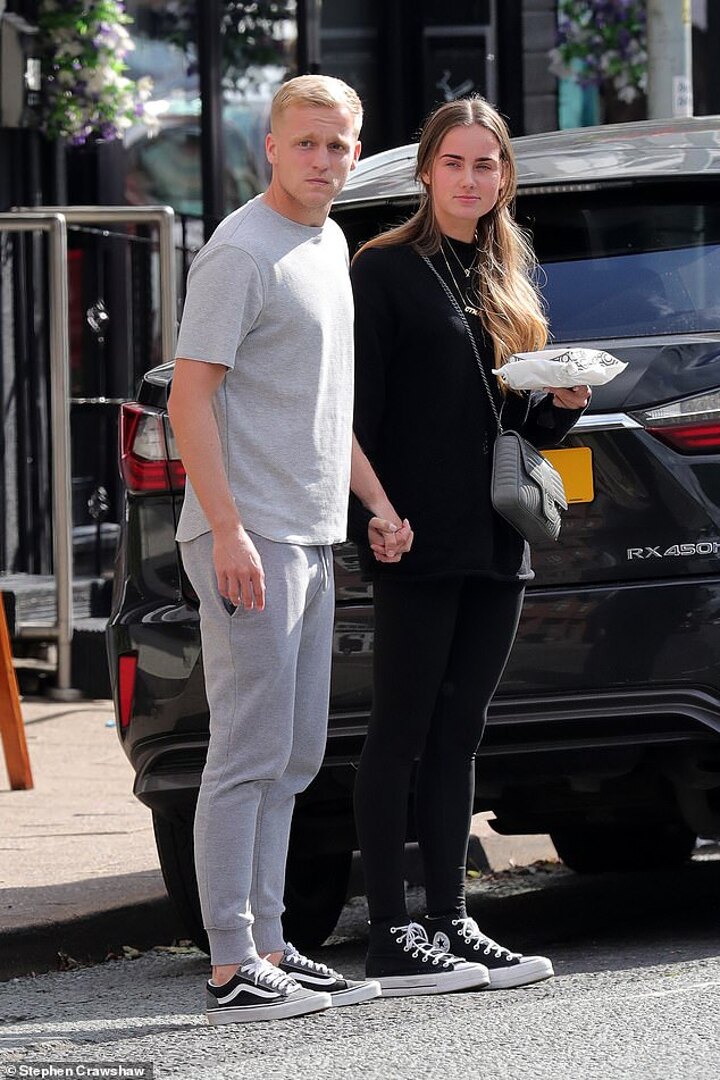 'He is a footballer with many qualities that we like at the club but, yes, he can play as one of the two in midfield.'

In a recent interview with Rio Ferdinand's Vibe With Five show, Van de Beek insisted he could perform well in the No 6 role as one of two deep-lying midfielders in Solskjaer's 4-2-3-1 system.

'I just want to play, it doesn't matter where.' 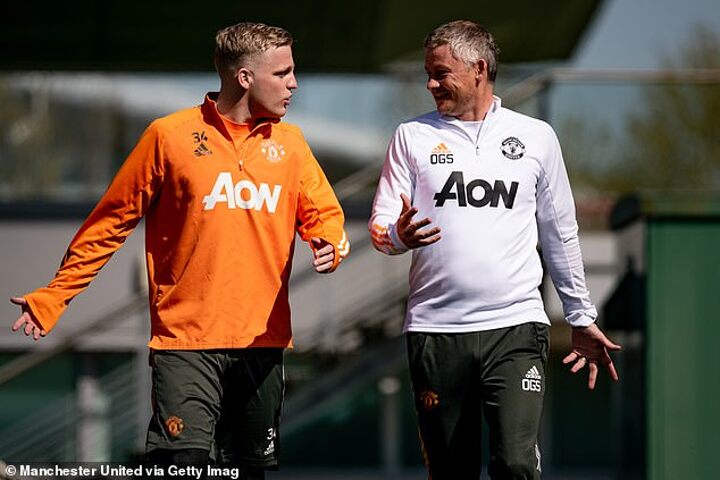