West Ham are braced for another significant injury setback in their bid to make the top four, this time over Michail Antonio. 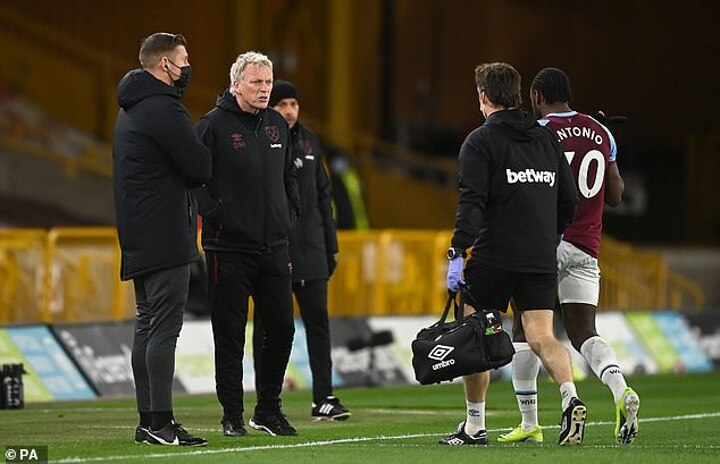 Striker Antonio had to come off in the first half of West Ham’s 3-2 win at Wolves on Monday with a hamstring problem.

Antonio has undergone scans on the injury in his left leg and though the severity has yet to be officially confirmed fourth-placed West Ham fear he is set to miss a significant part of their eight-game run in and bid to finish in the Champions League places.

The concerns about an extended spell on the sidelines for Antonio come after key midfielder Declan Rice was ruled out for four weeks with a knee injury picked up on England international duty.

Centre-back Angelo Ogbonna remains out having missed the last seven games with an ankle injury as does forward Andriy Yarmalenko.

Antonio has suffered hamstring issues in the past and, subsequently, West Ham and the 31 year-old take added caution with his fitness and managing his returns which could also impact his comeback. 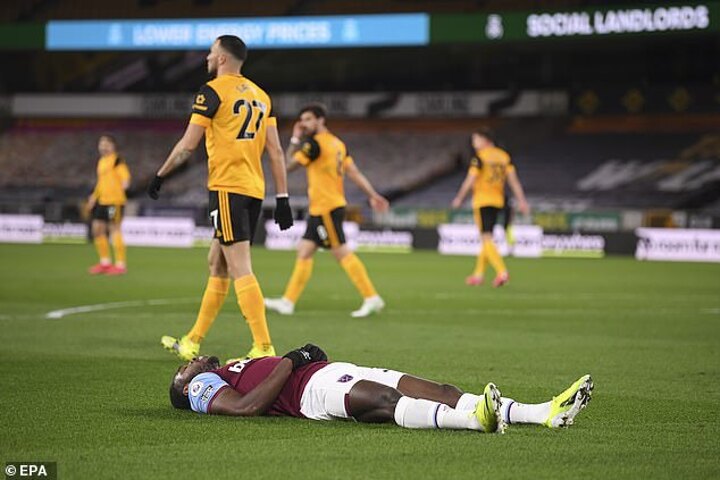 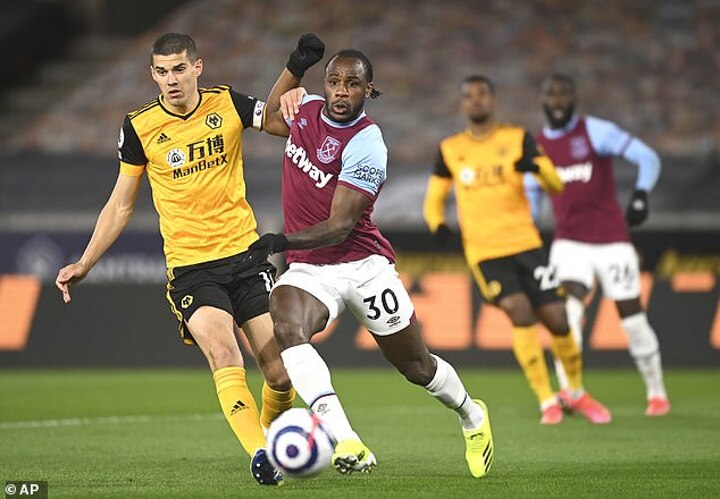 Manager David Moyes said after the Wolves win: ‘Mick felt his hamstring a little bit and we’ve just got to hope it’s nothing too bad, but if you’re a West Ham supporter know you all about Mick’s hamstrings, so we’ve got to be really wary of it.’

Jarrod Bowen, who has scored in his last two games, is in line to deputise up front for Antonio after replacing him at Molineux.

Moyes added: ‘If Jarrod plays as well as he did [against Wolves] up front, then that’ll help us, but we’re just beginning to run a little bit low on bodies at the moment.’