'The new Messi'. It's a description that, while complimentary, has become a curse for many young footballers over the past decade as most try – and fail – to live up to the hype of being compared to the great Argentine. 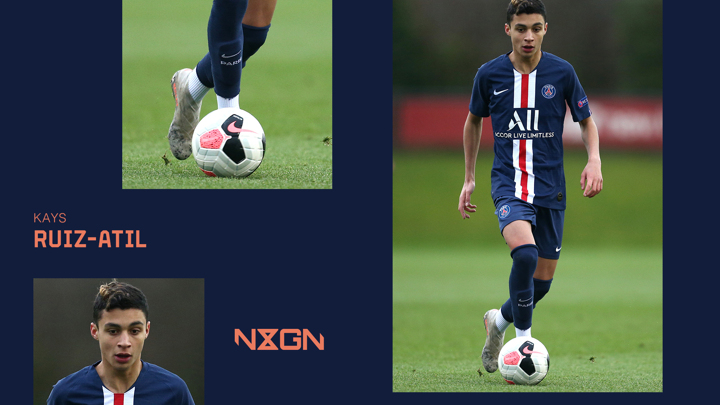 Kays Ruiz-Atil was the latest La Masia prodigy to have that tag placed on him as he progressed rapidly through the Barcelona youth ranks thanks to his performances as a midfield playmaker.

However, his dream of representing the first team evaporated in 2014 when he was released along with a number of Blaugrana hopefuls after the Catalan club were found to have breached FIFA regulations regarding the transfer of players under the age of 18.

Paris Saint-Germain were only too happy to pick up the young Frenchman, although, if recent reports are to believed, a return to Catalunya may well be on the cards in the not-too-distant future.

Born in Lyon, Ruiz-Atil began his footballing education at the age of four with local club FC Gerland, where his father worked as a coach. He also spent a short time training with Lyon but, at just seven years old, he received an offer from Barcelona.

"Yes, yes, the real Barcelona – the one with the striped jersey that makes you dream so much," Ruiz-Atil recalled in an interview with Le Parisien in the summer of 2019. "Beyond the great education that Masia taught me, I have the chance today to speak fluent Spanish.

"At 16 years old, I realise that it is a precious skill to have going forward in my football career, which I hope is the best possible."

Ruiz-Atil clearly has a level head on his young shoulders. As well as being compared to Messi, he was also signed up by Adidas before his 13th birthday, which would normally be enough to convince any young player that they had already done enough to make it.

However, when the teenager's footballing world came falling down in the midst of Barca's transfer ban, he was forced to pick himself back up and prove himself all over again at a new club. 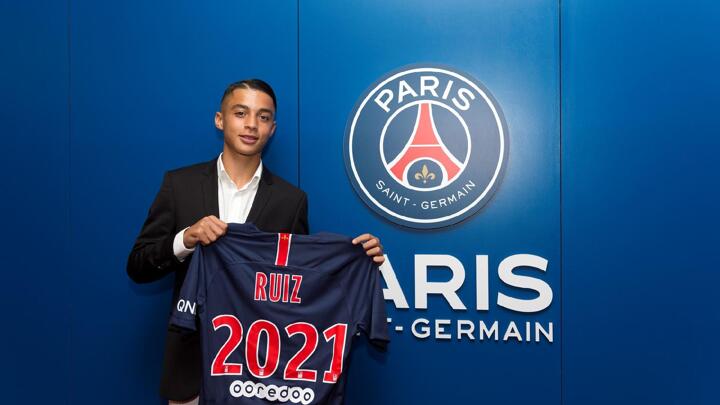 That he did, becoming the youngest outfield player to ever sign a professional contract with PSG five days after turning 16. At the time, only goalkeeper Alphonse Areola had agreed to pro terms at a younger age.

With his future secured, Ruiz-Atil played regularly in PSG's Under-19s side under Thiago Motta during the 2018-19 season, though his opportunities have been more limited in the current campaign, with Stephane Roche having taken over coaching duties from the former Italy midfielder.

He has played just 10 league matches in 2019-20, with sources inside the club telling Goal: "It has been an up-and-down season, but Kays has stayed focus on his goals. He was underperforming for several weeks, but he continued to work hard. He played his best after he didn't start for several matches in November."

The highlight of his campaign came in February as he faced off against his hometown club, Lyon, in the last 16 of the Coupe Gambardella – France's national U-19 cup competition.

Ruiz-Atil retains a special affection for Lyon – he cites Karim Benzema as his footballing idol – os his return of a goal direct from a free kick and two assists in the Parisiens' 5-1 victory will have meant a lot to him. 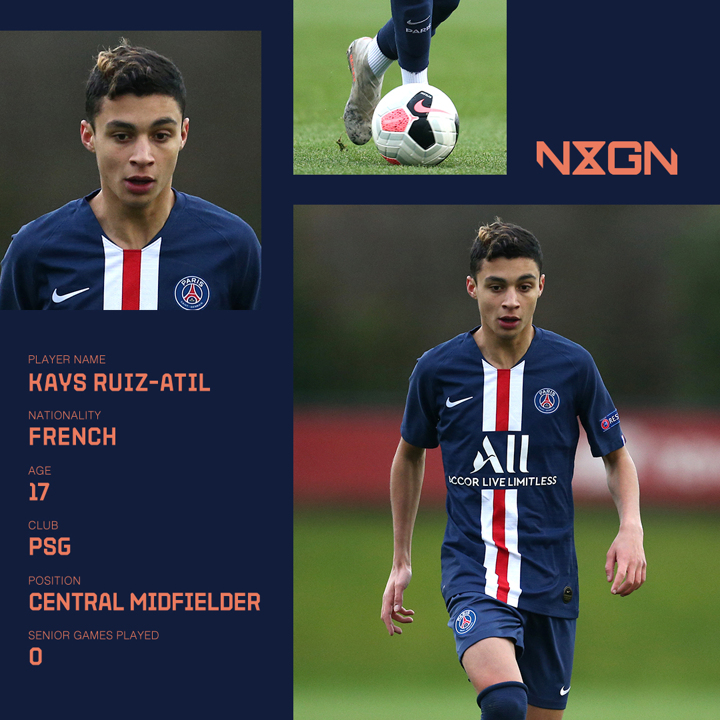 Given the shutdown that engulfed the footballing world just weeks later, that performance from the midfielder could not have come at a better time given his aspirations going forward.

The 17-year-old's contract runs until the summer of 2021 but, after two full seasons with the U-19s, Ruiz-Atil believes he is ready to make the step up and train regularly with the first-team squad.

Those who make such decisions are not so sure, however, as there is a feeling that the teenager is "not yet physically ready" to earn such a promotion.

Ruiz-Atil certainly seems to have taken that to heart, with the pandemic-enforced lockdown allowing him time to work on a strength-based training plan in the hope that he will catch the eye upon his return to the training ground.

Should he not be offered the opportunity to work alongside the likes of Neymar and Kylian Mbappe on a daily basis, then a move abroad will likely be on the cards.

As reported by Goal in January, Claude Makelele has been driving Chelsea's interest in the France youth international, while reports in Spain have suggested that Barca may even be interested in bringing him back to the place he called home for five years.

Either way, this 'new Messi' looks set for a promising career, wherever his first taste of senior football arrives.