Alan Pardew has revealed that Sir Alex Ferguson refused to speak to him for over a year after Newcastle embarrassed Manchester United in a Premier League match. 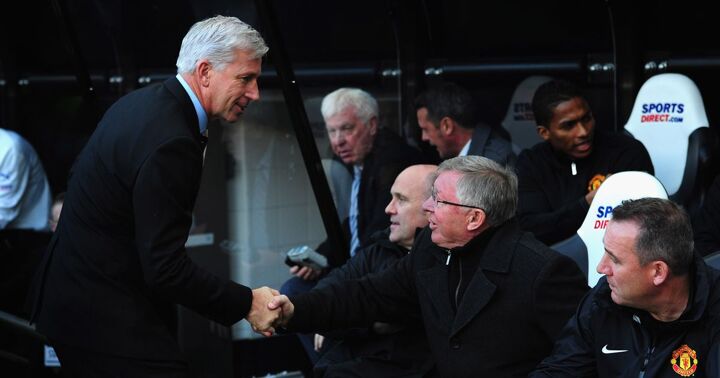 Newcastle finished fifth under Pardew during the 2011/12 season as they qualified for the Europa League, with a 3-0 win over United one of the standout moments of the campaign.

Goals from Demba Ba, Yohan Cabaye and a Phil Jones own goal secured a famous win for the Magpies, but resulted in a furious response from Ferguson.

The legendary manager had regularly been in contact with Pardew throughout the season, but soon gave him the silent treatment after his side were humbled at St James' Park.

"You suddenly beat Man United 3-0, and I am shaking hands with Fergie on the sideline," Pardew told the Coach's Voice.

"I'm thinking: 'He's not going to be too happy.

"I did find out he wasn't too happy because he never spoke to me for about 14 months.

"Prior to that, he'd been texting me to say how well I'd done and everything.

"When you come up against these top managers you have to understand that everything is fine.

"They can be very nice gentlemen until you beat them.

"Fergie is still a dear friend of mine, but he did have a little bit of a sulk over that result."