Liverpool midfielder Alex Oxlade-Chamberlain has claimed he has been incredibly impressed by new teammate Darwin Nunez. 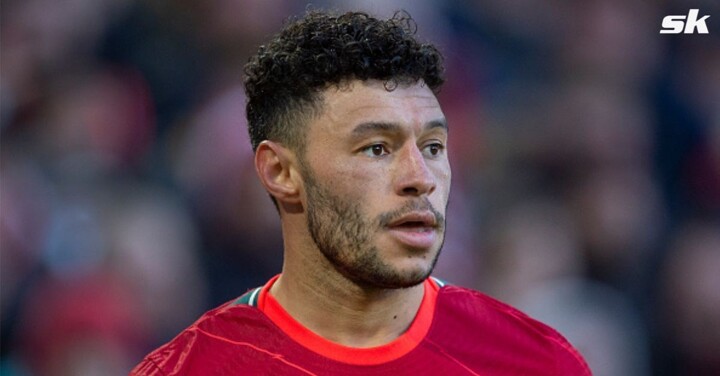 The 23-year-old forward became the Reds' record signing last month after securing a move from Benfica, where he established himself as one of the best young attackers in European football.

Nunez scored 34 goals in 41 appearances last term, including two against Liverpool in the Champions League quarter-finals.

Speaking to Liverpoolfc.com, Oxlade-Chamberlain was full of praise for the Uruguayan international after seeing him perform during pre-season training.

The midfielder stated that Nunez reminded him of another teammate of his and said:

"I think obviously Darwin, we played against and saw him first hand and I think everything that we saw in those games… he reminded me a little bit of Luis [Diaz] when we played against him when he was at Porto. He’s that sort of a player that you know what you are going to get from, the athleticism, the speed, the strength, the power, and it was the same with him."

"I remember having to chase Luis back at Anfield at one point and he made me stick it into fifth gear and then try to find sixth to keep up with him! You sort of remember those things and when he walked through the door that was the first thing I remembered, don’t try to get in a race with him if I’m expecting to win!"

Oxlade-Chamberlain went on to highlight Nunez's qualities as a striker and added:

"I think Darwin would be the same. I think Virgil said first hand and Ibou said as well how quick and strong he was. I think he had that confidence and swagger about him as well and I think as a striker, as a forward player, you sort of need to have that confidence to go and do good things and lead the team from up there."

Oxlade-Chamberlain claims Liverpool's target is 'to win everything'

There has been speculation about the England midfielder's future following a disappointing number of starts for the Reds last term.

When the 28-year-old was asked about his current team's targets for the upcoming campaign, the former Arsenal star proclaimed:

"To win everything. I think last year that was almost a real possibility for us. We obviously had a really good season, came away with two trophies, but yeah, I think the expectation from within is that we are capable of competing in every single competition and all at the same time if needs be because the squad is big now."

"I’m sure that’s our aim and it’s high standards to live up to but that is the culture around here now, so that’ll be it for an individual and a team basis."