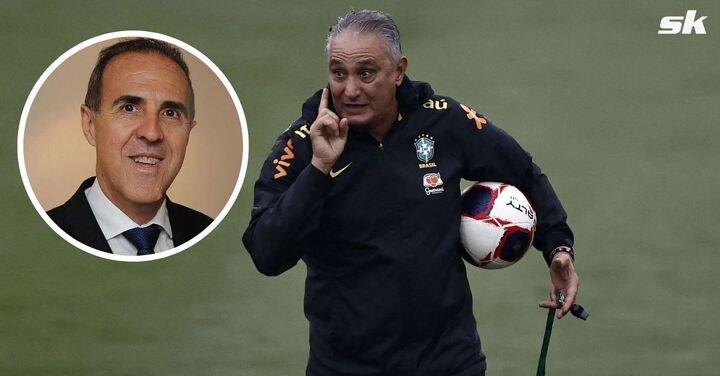 The Canaries last became world champions in 2002 and have failed to reach the final since then, with a fourth-place finish in 2014 on home soil being their best showing.

Tite took charge of the team June 2016 and helped them win the Copa America three years later. That was Brazil's first piece of silverware since winning the competition in 2007. However, at the 2018 FIFA World Cup, the Seleccao once again flattered to deceive, bowing out in the quarterfinals following a 2-1 loss to Belgium.

The coach will now manage in his second FIFA World Cup with the five-time champions later this year, and Ribeiro feels Brazil could go all the way. Speaking to Goal, Ribeiro said:

"We are ready for the World Cup in Qatar. I am sure that we will win the title, because we have the best players, even though Tite is weak and has no game strategy."

Tite's managerial record with Brazil is frankly ridiculous, winning 55 of 74 games in charge and losing just five, boasting a win % of almost 75.

His team also romped through the 2022 FIFA World Cup qualifiers, winning 14 of their 17 games and losing none, and also reached the Copa America final last year, losing to Argentina.

Brazil have shown great promise since their disappointing 2018 FIFA World Cup campaign. They have the quality to make a deep run at the Qatar showpiece later this year.

Neymar to retire from Brazil after 2022 FIFA World Cup?

Neymar has been the face of Brazil for the past decade, but his era could soon be coming to an end. He sent shockwaves last year by saying that the 2022 FIFA World Cup could be his last with the national team.

The 30-year-old said that he's feeling the weight of the pressure riding on his shoulders, suggesting he could retire from international football sooner than expected.

A lot will depend on how Brazil fare in Qatar. Another disappointing exit could trigger more criticism, which could prompt Neymar to hang up his boots. A victory, though, might convince him to continue for a little longer.