Liverpool-bound Fabio Carvalho could upset a few Reds fans after showing a preference for Manchester United while playing FIFA. 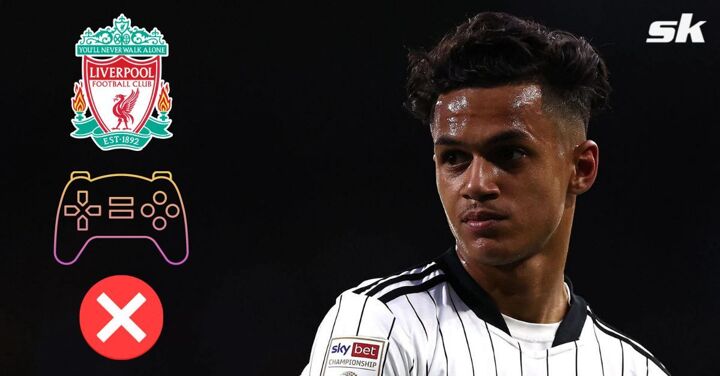 Carvalho, who has scored 11 goals and provided eight assists from 38 appearances across all competitions for Fulham this term, is one of the best up-and-coming talents in Europe. His contributions have helped the Cottagers clinch Premier League promotion as Championship winners this season.

However, the 19-year-old is not expected to ply his trade for Fulham in the top flight next term as his contract expires in the summer. According to Fabrizio Romano, Liverpool have struck a deal to sign him on a five-year deal, with an initial £5 million compensation fee agreed with the London club.

Liverpool will announce the Portugal Under-21 international's arrival in the coming days, as per the reliable journalist. Carvalho, though, may have rubbed some Reds supporters up the wrong way even before his signing is confirmed.

The midfielder recently sat down for an interview with Bleacher Reporter and appeared to snub his expected new club in favor of their arch-rivals. Asked to pick a team of his choice while playing FIFA, he opted for the Reds' bitter foes Manchester United. He said:

“I’m going to go with [Manchester] United, I need some five-star killers."

It is worth noting that Carvalho was briefly linked with a move to Manchester United before it emerged that Jurgen Klopp's side have struck a deal for him. The player's choice on FIFA may make some wonder whether he would have chosen to join the Red Devils if they had stepped up their interest in him.

Some may also assume that the interview was conducted well before Liverpool made a breakthrough in their efforts to sign Carvalho. However, the video was recorded on 29 April going by the Twitter activity of Bleacher Report's Jake Barford.

Liverpool players miss out on place in Carvalho's all-time XI

Carvalho was also asked to name his all-time eleven in the interview with Bleacher Report. Interestingly, no current or past Liverpool players have made it to the list.

The midfielder, though, named Manchester United's Cristiano Ronaldo, Manchester City's Kevin De Bruyne, and Chelsea duo Thiago Silva and N'Golo Kante in the lineup. While he is expected to be announced as a Reds player soon, he may have some explaining to do already.

However, it is worth noting that choices in FIFA may have no relation to a player's actual preferences in real life or on the pitch.