Liverpool fans are delighted to see Naby Keita start in the FA Cup final against Chelsea at the Wembley Stadium on Saturday, May 14. The 27-year-old midfielder will start alongside Thiago Alcantara and captain Jordan Henderson as part of a midfield three. 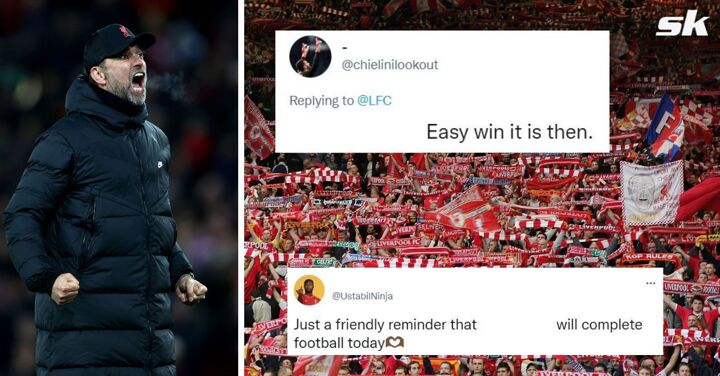 Keita has been one of the surprise performers in the star-studded Liverpool side. The Guinean international has made 36 appearances for the Reds this season, contributing four goals and three assists. He recently netted the solitary goal in the Reds' 1-0 win over Newcastle United in the Premier League.

Like many of his teammates, Keita could win all major titles at Liverpool. The FA Cup is the only major piece of silverware that has eluded Jurgen Klopp's side over the past few seasons.

It's worth pointing out that Keita is only starting because of Fabinho's injury. However, that has not stopped Reds supporters on Twitter be confident about their game against Chelsea. Some have even suggested that this XI could play against Real Madrid in the UEFA Champions League final in Paris on May 28.

Here are some tweets in that regard:

Naby Keita also started in the Carabao Cup final against the same opposition earlier this year. However, he did not last the entire game, as he was substituted late in the second half as extra-time beckoned.

Liverpool have already beaten Chelsea in a domestic cup final this year. The Reds clinched the Carabao Cup by beating Thomas Tuchel's side 11-10 on penalties after a goalless 120 minutes.

Liverpool lost to Chelsea in their last FA Cup final

It has been ten years since Liverpool last reached the FA Cup final. The Reds, then managed by club legend Kenny Dalglish, lost the 2012 final to Chelsea at the Wembley.

Goals from Didier Drogba and Ramires were enough for the Blues to win the game. Club captain Jordan Henderson is the only remaining member from that team.

The Reds haven't lifted the FA Cup in over 15 years, last winning it in 2006. Chelsea, meanwhile, are in their fifth final in six years.

They won in 2018 under Antonio Conte, beating Manchester United 1-0, with Eden Hazard scoring the solitary goal of the game. However, the Blues have lost their last two FA Cup finals (Arsenal - 2020) and Leicester City last year.