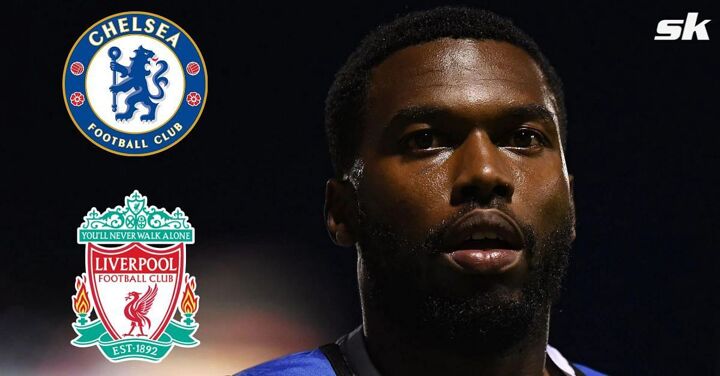 The 32-year-old has plied his trade with both clubs but enjoyed more success at Anfield and has now backed the Reds to prevail. He also predicts in-form Liverpool winger Sadio Mane to be the difference-maker on the night.

"Woke up feeling like @LFC will get the job done. Massive respect for @ChelseaFC, but I just feel like the red men will have too much for them. I fancy a Sadio goal big time."

Liverpool have already beaten Chelsea in the Carabao Cup final a few months earlier, prevailing 11-10 on penalties following a goalless draw. Both their league clashes this season ended in stalemates.

While the Reds are fighting to keep their quadruple hopes alive, this is Chelsea's last opportunity to win a trophy this year. Having also lost the 2020 and 2021 FA Cup finals, the Blues are desperate to avoid the ignominy of becoming the first team to lose three consecutive title matches.

Sturridge has himself tasted success in the competition with the west London side on two occasions - in 2010 and 2012 - although he barely played in the finals. The striker was subbed in the 90th minute for the first one and remained an unused substitute for the second.

In three and a half years at Stamford Bridge, Sturridge amased 96 appearances, scoring only 24 goals before joining Liverpool in January 2013. There, he found some degree of success early on, before injuries curtailed his time on the pitch, and his career went downhill.

He left Merseyside in 2019 with 160 caps and 67 goals and is currently playing in Australia's A-League with Perth Glory.

Liverpool and Chelsea set for another tense showdown

There has been no separating the two teams in all three meetings this season, but could the FA Cup final offer something different?

As mentioned earlier, there's a lot on the line for both teams. However, lately, Liverpool have produced better form, winning seven of their last eight games and boasting a 15-game unbeaten run across competitions.

Meanwhile, Chelsea's run has been patchy, seeing off Leeds United in their last outing because of a numerical advantage. It will take them something special to stop Jurgen Klopp's juggernaut.