The Premier League has seen some clinical teams in the competition’s 30-year history, especially ones that punish the opposition’s each and every mistake. Taking chances in front of goal is the mark of any good team and this season there are some teams that have made their opportunities count by scoring efficiently. 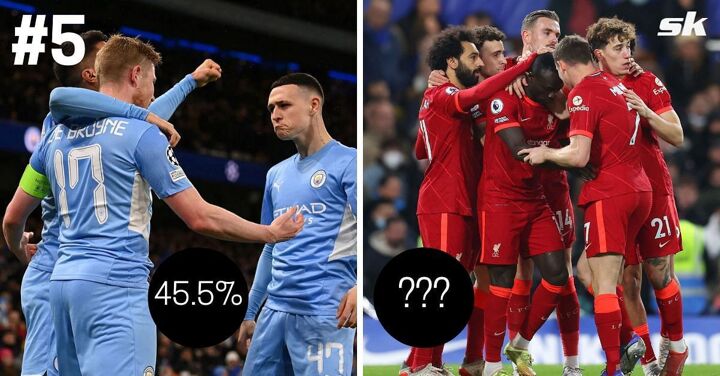 There are teams that lack luck and then there are clubs who make their own. The latter falls into the category of elite sides, where every player is aware of where the back of the net lies. But not every Premier League side is as effective, with multiple clubs taking full advantage of the chances that came their way in the final third of the pitch.

On that note, let’s take a look at 5 clubs with the best big chance conversion rate in the Premier League this season. 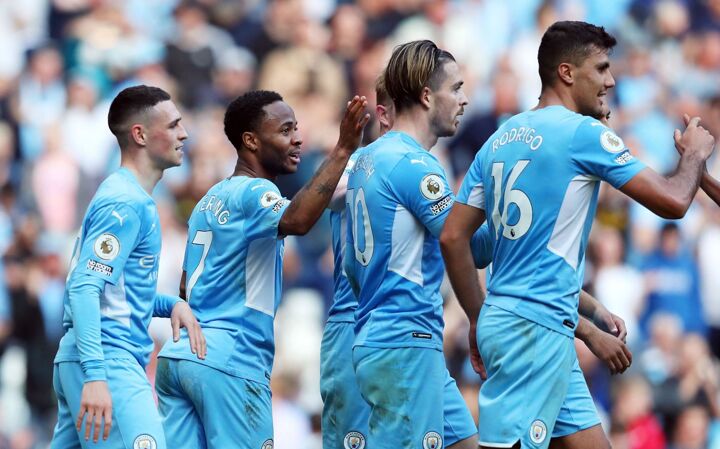 Manchester City are the reigning Premier League champions and are poised to retain their crown this term following an incredible campaign. But while Pep Guardiola ran away with the title last year, there has been substantial competition on that front this year.

Regardless, his side have stepped up to the plate and have come up with the answers to all sorts of obstacles. A daunting issue at the start of the campaign was the lack of an out-and-out centre-forward, with their quest to land Harry Kane being unfruitful.

Despite this, the Citizens have scored the most goals in the Premier League this season, with every player chipping in with key strikes. So, it is no surprise that they have also created the 2nd most big chances this season (112), and have finished off 45.5% of them.

Although they could have been more efficient, the best attacking side in the league are certainly worthy of the same status. 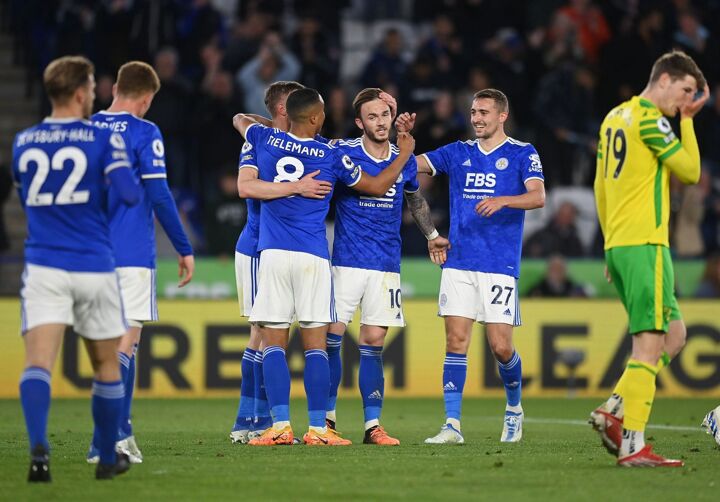 Leicester City may have done well in the Europa Conference League this season but their form in the Premier League has been disastrous. The Foxes finished in the top five in the last two seasons but are closer to the relegation zone this season than to the top six in the league table.

However, their attacking form is not at fault here. Their forwards have finished off the chances that have come their way, albeit players like James Maddison and Youri Tielemans have not been at their creative best this term. To put things into perspective, Leicester have had 57 big chances this season, and have scored 47.4% of those opportunities.

The King Power outfit have not enjoyed their best campaign but the efficiency of their attackers could provide some solace to Brendan Rodgers. 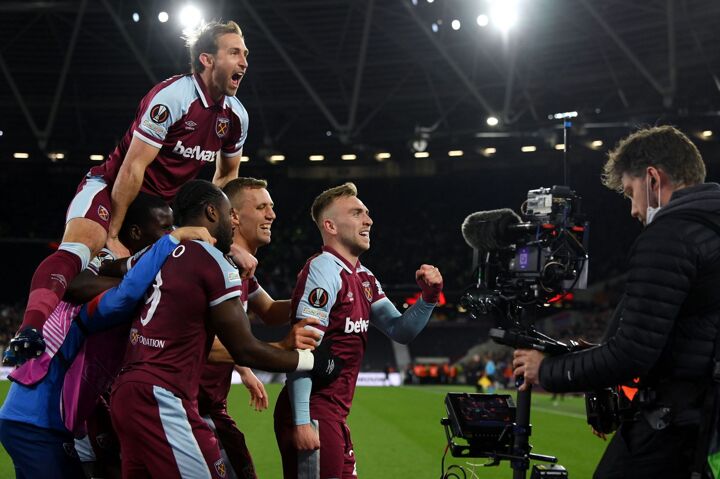 West Ham United have worked hard on multiple fronts this season and have deservedly been given a lot of plaudits for the same. David Moyes & co have performed above everybody else’s expectations, especially in the attacking half of the pitch.

Few would have given them a chance of finishing in the top six of the table again this season but they still stand a chance of achieving that feat. Jarrod Bowen has been the star performer while Michail Antonio and Said Benrahma have also chipped in with goals. The full-backs have created multiple chances, while the latter trio’s creativity has also peaked this term.

All of these factors, coupled with their ability to punish the opposition time after time, have led to them scoring 49.3% of their big chances (71) this season. 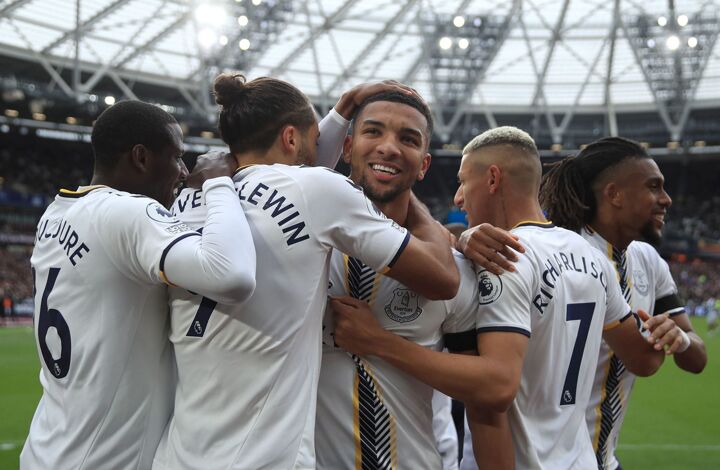 Everton have had one of their poorest seasons in the top flight this term but it looks like the Toffees will manage to avoid relegation. While the defense has been at fault for this dire form, the frontline have held their own on several occasions.

The lack of creativity is one of the main reasons for the club's downfall, as the attackers can only make the most of the chances they are provided with. Richarlison has worked hard to do the same and has tried to make good use of his opportunities. Anthony Gordan has done the same in the second half of the campaign.

All in all, the team has ensured a 50% success rate out of their 42 big goal-scoring chances they have been presented with this season.

If Everton can maintain the same efficiency in the final few weeks, they will live to fight another campaign in the Premier League. 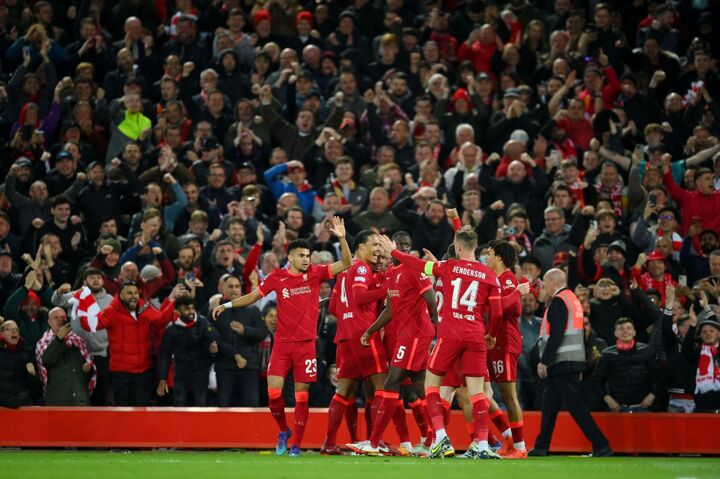 Liverpool have arguably been the most outstanding side in all of Europe this season. The Merseyside club have competed on multiple fronts this season, including the Premier League.

Although Manchester City might pip them to the league title, Liverpool's success and progress this term has been scintillating. They have scored the 2nd highest goals in the top flight, while three of their players have scored 15 or more league goals.

Trent Alexander-Arnold and Andrew Robertson have provided incredible service from the wings, while Mohamed Salah has been an all-round threat in the final third.

Hence, it is no coincidence that they have finished off 54.8% of their big chances (126) this season, a statistic Jurgen Klopp would be proud of.