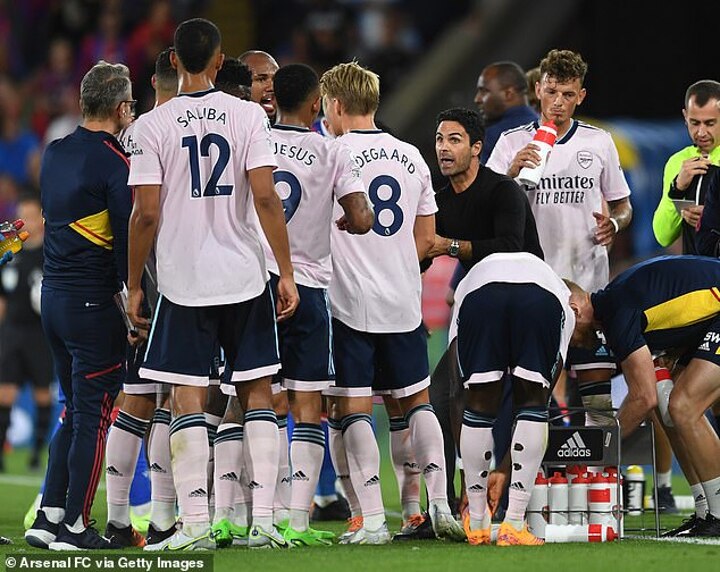 Arsenal have already added five new signings – at a cost of more than £100million – including Gabriel Jesus and Oleksandr Zinchenko.

And William Saliba made his long-awaited debut at Selhurst Park almost three years after joining for £30m from Saint-Etienne.

All three impressed in the 2-0 victory over Palace, but Arteta confirmed that wants to make more signings before the transfer window closes on September 1.

He said: 'Start of the season the most important thing is to win the first match. Then we can think about things we have to improve, and there were a few today.

'Saliba was superb. We were excellent in the first half hour we should have scored two or three. And then to win here you have to dig in and manage the game, which is not easy to do. Jesus started really well today. 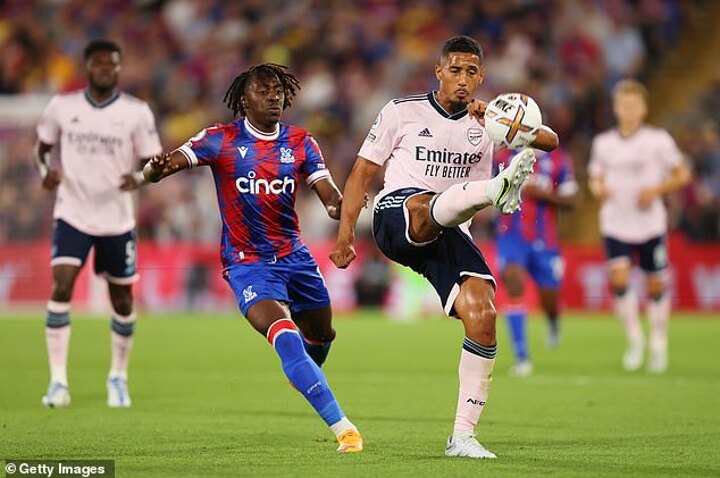 'To win here you have to suffer and we did today. That’s the resilience we need to win these games.

'We needed out keeper today, Palace had the best chance of the game with that one on one and Aaron did really well for us.

'We are going to try and bring in more players.

'There are a few things that we have tried but for now its time to work with the players we have.' 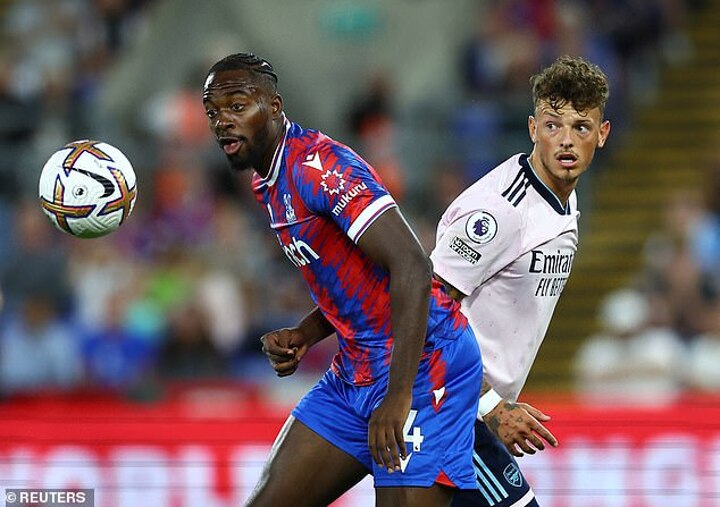 Sky Sports pundit Gary Neville agreed that Arsenal should look to bolster their squad by signing a full back and a midfielder.

He said: 'I was more impressed in the second half. I expected their forwards to be brilliant but the question mark was over their robustness and resilience to handle the touch 20 minutes in away matches. That was where they really impressed me. They stood up tonight.

'My only concern with the fullbacks. It is difficult for Ben White switching to that position. You need to take 10 games or so to get used to it. 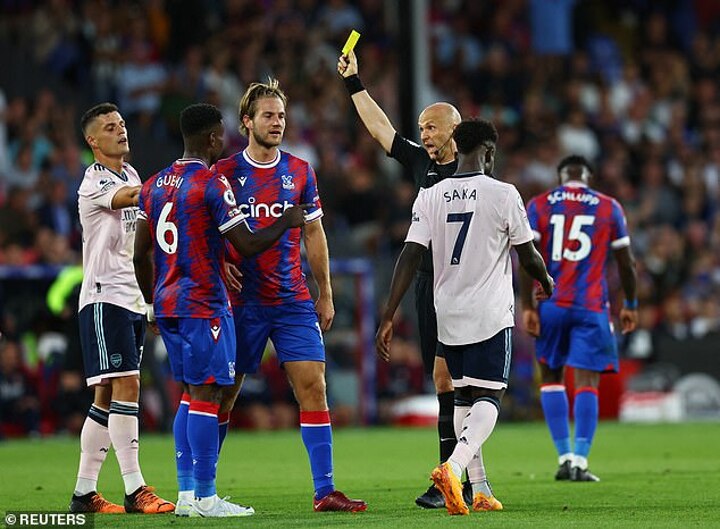 'The game has come along massively in the past few years in terms of positive football. We always used to leave two men back for a corner, now the coaches aren’t bothered about that its all about positivity. If I was Ben White I would have been giving myself ten yards in case I get in a race with Zaha.

'That first win was really important today. Those next four games look pretty good. The challenges will come later in the season, but if they can keep this squad fit they look good.

'They could strengthen in central midfield. If Partey or Xhaka went down they might look a bit light. If they could get a really top midfielder, I just feel Xhaka is always going to let you down, he got booked today.'